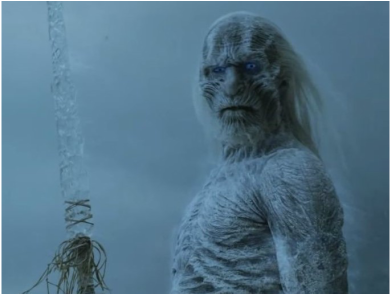 Don’t Be Left Out In The COLD!

I have never seen such a viral negative patient response like the one I see centered around the new ICER myeloma report.  ICER(Institute for Clinical and Economic Review) put out a 138 page report intended to place a value on various treatment regimens for relapsed, refractory multiple myeloma.  It was an attempt to compare different treatment options and find one which fits into their framework of a cost  preferably  less than $50,000 but no more than $150,000 per year of added life.    Sounds like a noble effort, but the devil is always in the details.  I have looked at the analysis and will provide you with my patient centered evaluation of this ICER report.

The genesis of the ICER project or the elephant in the room is that some companies use patent protection to exercise monopoly pricing, and our government will not hold them to account.  Like utilities, drug prices should be reviewed by a pricing review board. Those companies which have not acted in the public interest should be broken up into smaller units, just like the oil and railroad monopolies were. This resulted in the anti trust laws which could be used to control drug company greed.  But I am so naive to really think our government would ever “Bite the Lobbyist that feeds them”.

The ICER report looks like a lot of work and brainpower went into this effort, but unfortunately it is like reading a 5 year old newspaper.   A lot a great names in the stakeholder and list of sources pages, and I congratulate all who attempted to wrestle this elephant to the ground. The reason this is happening is because some drug companies have used their patent protection and monopolist position to exploit the current system.  Some companies are making 25 to 50% net income after taxes, which is monopolistic and criminal in my opinion, and increasing prices on existing drugs by 20 to 100 times inflation(700 to 5000% in 5years), or in other words with no justification at all other than they can.  Instead of taking on the core problem, the ICER report seems to focus on saving the insurance companies money at the expense of the patient population.  My evaluation of the report is as follows:

Major Flaws which skew the outcomes are as follow:

Probably the most outrageous assumption in the analysis is the concept of QALY(quality-adjusted life year), where  the value of a year of life is reduced to a fraction of a year the sicker the patient . For example in the extreme case of a person who is bedridden and unable to care for themselves, the value of a year of life is actually negative.  Does this then suggest euthanasia?  That is just plain SICK! For me and most cancer patients, each year of life becomes far more valued than when we were not sick.  If I just have 5 years to live, like most myeloma patients, and my life expectancy if well is 20 years, I can argue my year of life has 5 times more value than that of a person who is perfectly healthy.

LD or Lenolidamide and high dose Dexamethasone would almost never be used as a 2nd or 3rd line of therapy.  In general a patient would be refractory to Lenolidamide during their first line treatment, so the use of this as a 2nd therapy seems outrageous.

I see the base treatment is LD for all  2nd and 3rd lines of therapy, but this is not even a first treatment for many. Mayo Clinic’s mSmart treatment recommends VRd for first line treatment. If VRd replaces LD in the analysis the difference in cost between regimens would be much less.

Also VRd vs LD has in early treatment shown a 1 year better OS(overall survival), but only 4 months in the secondary setting.  If VRd was substituted for LD as the base case it would have a yearly cost in the $500,000 range with one year increase in OS, so there is nearly no major difference in the cost between all regimens and the study results would have no major differences in cost or outcomes. The logic collapses if we use real world recommended treatment regimens.

My take on it is that given the current cost of drugs the incremental benefit in the 2nd and 3rd line of treatments is not really good, but not much different to the cost of VRd. This would tend to support the hit it hard up front strategy, and to find and treat myeloma early before it morphs into more aggressive clones.

During my first job I worked with product costing and cost analysis in a very competitive industry. You set your price based on the fixed and variable costs and the competitive environment, and not based on monopoly pricing of whatever the traffic will bear. With a drug where 3/4 of the cost is the fixed cost of research and say $100,000/year is the right price for an orphan disease like myeloma, then $75000 is just getting back your R&D (research and development), but if is a cancer like breast cancer that is 10 times larger then myeloma, then the R&D recovery would be just $7500 or the cost per year of the drug would be $25000+7500 or $32500. If the pricing of a drug is totally inelastic, and usage is unaffected by the laws of supply and demand then it is monopolistic (made by the government patent protection) and there are laws for that.  If drug pricing was market driven, then the cost of drugs for the major cancers should be one half to one third the price of an orphan drug.

Also if a drug’s price is set correctly the first time based on a good costing model, the price should change yearly by the inflation rate, or if indexed more than once the costing professional who set the price should be looking for another job.

My last point is that Medicare, and Private Insurance are there to spread the risk.   We pay in for years hoping we will not have to use the benefits, but when we do have a heart attack or cancer we know that we should have this protection, and should never think we are just not worth the cost of saving our life. We paid for this protection and we deserve to get what we have paid for.  As the insured we all pay in so that some of us who are less fortunate who become really ill, can obtain the expensive life saving heath care we insured have paid for in full.