When we were in Rochester last month, my parents took WCK for a walk while Jay and I met with the doctor. They passed by a toy store and ended up purchasing a very realistic-looking stuffed wiener dog that WCK named Hot Dog: 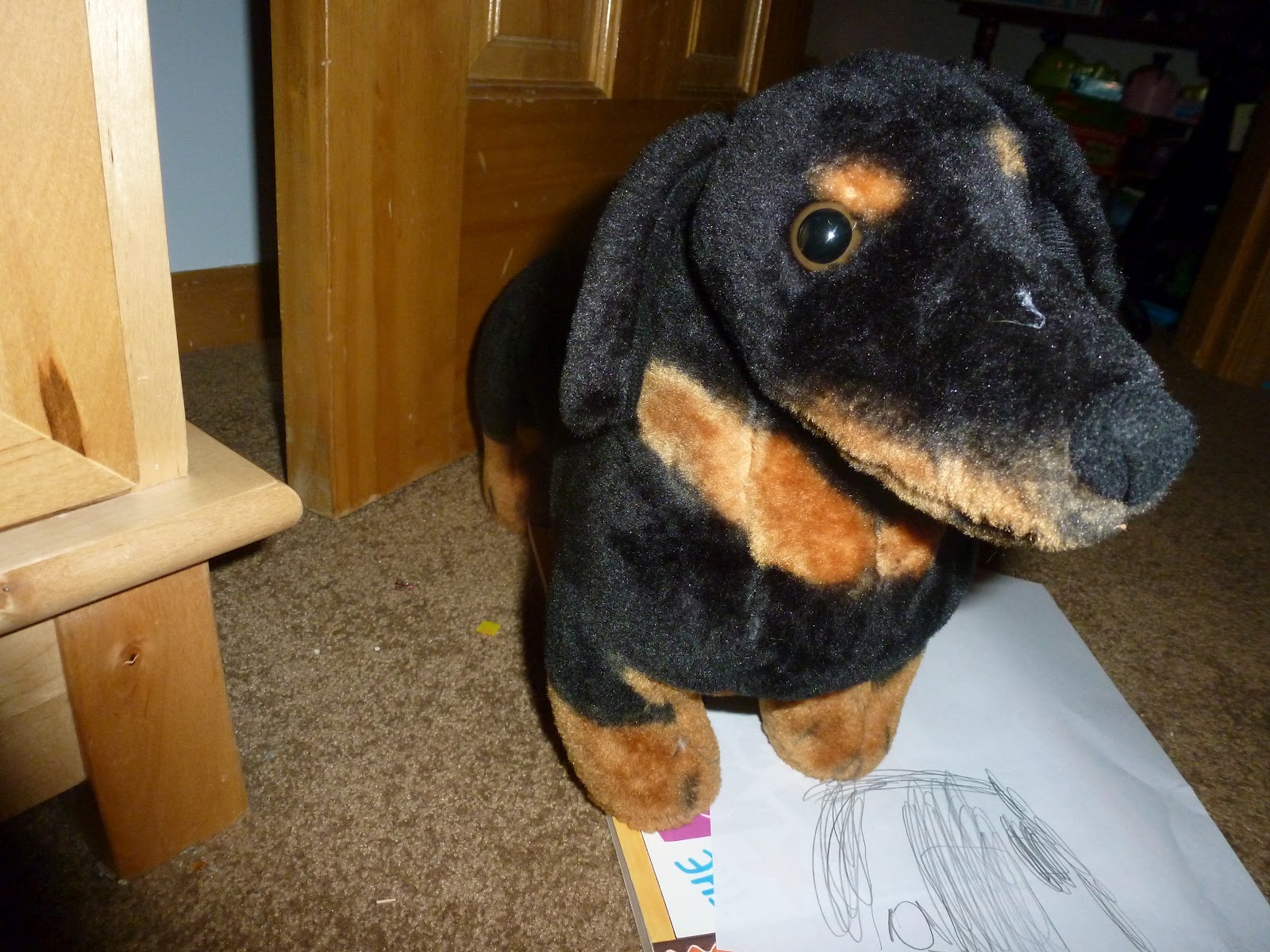 My dad admitted that Hot Dog made him nervous, because when he was a small child he was attacked by a wiener dog. It took me nearly a month to write this on my blog, because I couldn’t re-tell the story without breaking down and weeping from laughing so hard. Before you think I’m a cruel daughter, you should know it wasn’t a vicious attack. He claimed that he was under an apple tree, jumping up and down trying to get an apple, when the wiener dog started joyfully jumping up and down next to him and ended up scratching him next to his eye. I’ve known my dad for 37 years, and I never knew that he had a wiener dog trauma in his past. He claims to still have a scar from it, but I couldn’t see it. I still believe him, though, because you just can’t make that stuff up.
(Sorry. I still have to pause to weep from laughing so hard. It’s too soon.)
After he told that story, I suddenly remembered that when I was a kid, our neighbors across the street had a wiener dog named Jimmy. Whenever you’d ring their doorbell, Jimmy would start going “Yip! Yip! Yip!” as viciously as a wiener dog can. I was absolutely terrified of Jimmy. The neighbor girl made fun of me, but now I feel vindicated. I’ve been carrying the Fear of Wiener Dogs Gene in my blood.
(Sorry. Stopping again to weep.)
WCK, apparently, does not have the Fear of Wiener Dogs Gene, because Hot Dog is her new best friend. For the past month, she’s been asking to take him along when we run errands. After careful consideration, Jay and I said no. I mean, look at that dog. It’s a very realistic-looking dog. If you saw that dog lying in a car in 106-degree heat, wouldn’t you assume that it was a real dog and it was, well, deceased? We pictured people breaking our car windows at Sam’s Club, trying to rescue the stuffed dog.
So Hot Dog mostly stays home. The other day, WCK dressed him up and told us his name was Hot D. Word up, Hot D. 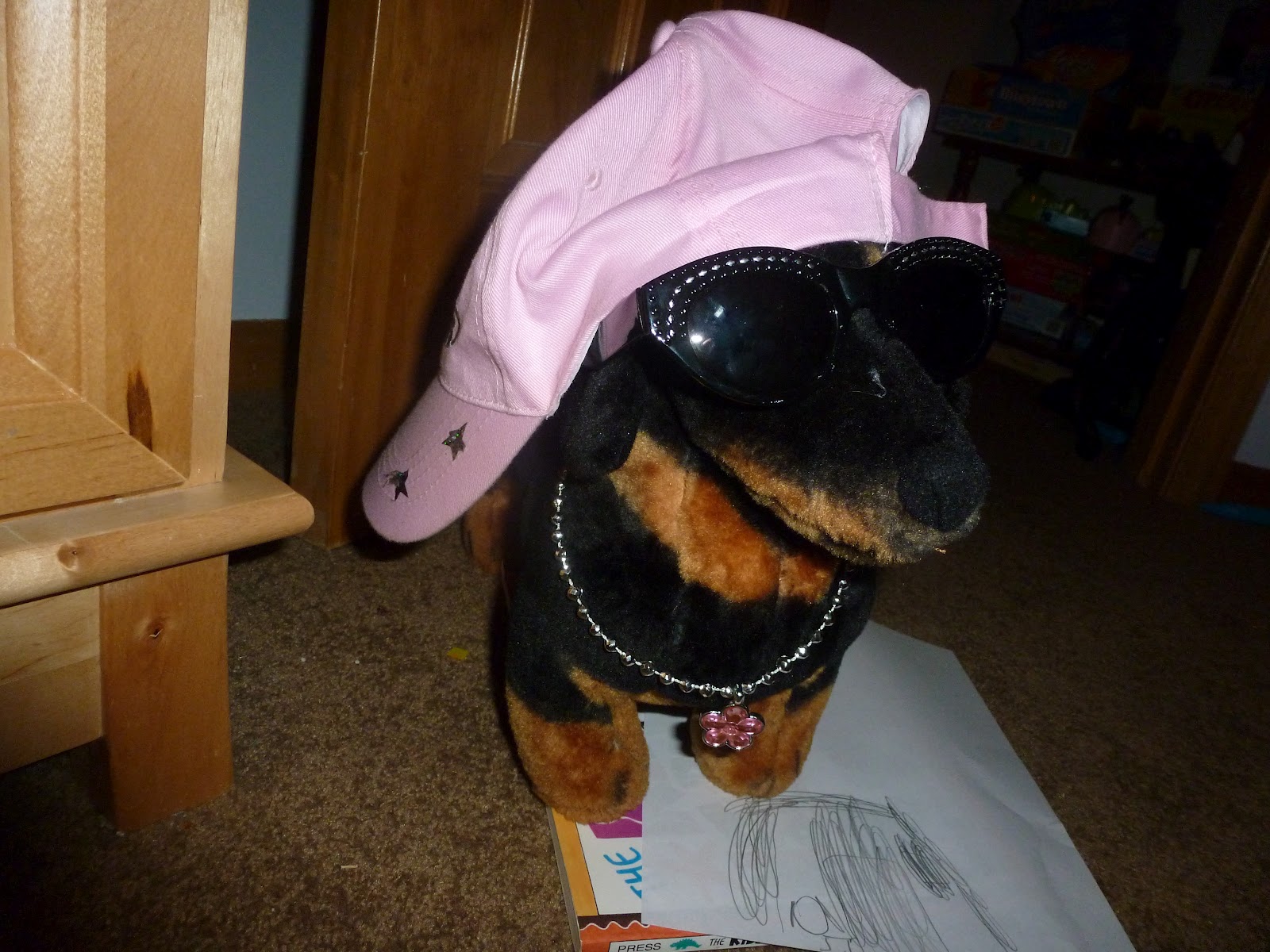