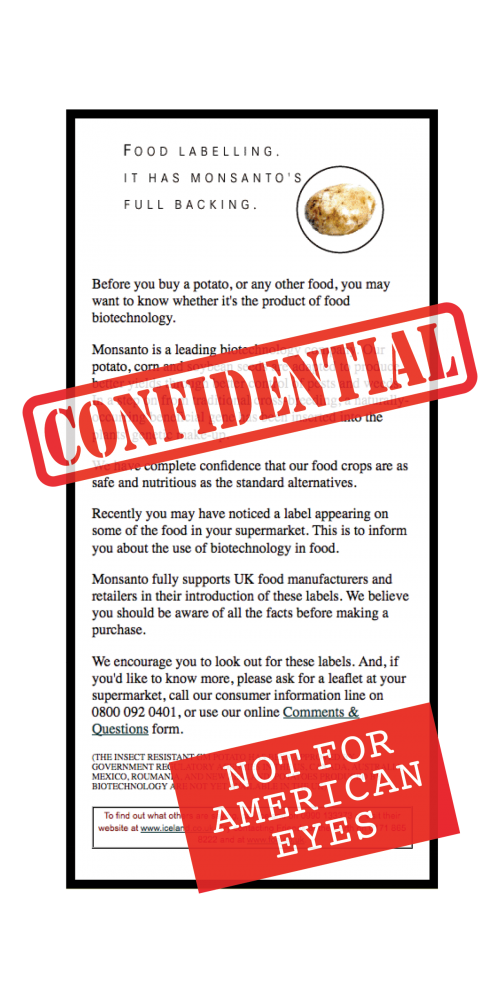 When consumers across Europe started campaigning for GMO labeling in the early 1990s, Monsanto released a series of advertisements in support of mandatory GMO labels. And in 1997, the European Union implemented mandatory genetically modified food labeling requirements for all member states.

But the biotech giant doesn’t want Americans to know about its onetime support of labeling. Since 2012, Monsanto has spent more than $22 million to fight state ballot initiatives to label GMOs and millions more to lobby Congress against mandatory labeling.

Our question for you, Monsanto: Why do you oppose Americans’ having a right to know about GMOs when you supported it for Europeans?