More than 90 percent of U.S.-grown corn, soybeans, cotton, sugar beets and canola are derived from seeds genetically engineered by Monsanto and other companies to resist pests. Some safe food advocates believe that, instead of reducing the use of pesticides and herbicides, GE seeds are having the opposite effect in what has become a race to keep faster and faster developing superweeds and superbugs at bay. Photo courtesy of iStockPhoto Photo: Contributed Photo 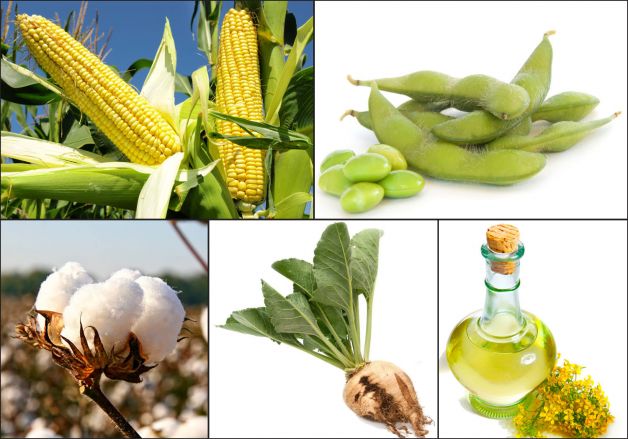 Dear EarthTalk: What is the “Monsanto Protection Act” and why are environmentalists so upset about it? — Rita Redstone, Milwaukee

The so-called Monsanto Protection Act is actually a provision (officially known as Section 735) within a recently passed Congressional spending bill, H.R. 933, which exempts biotech companies from litigation in regard to the making, selling and distribution of genetically engineered seeds and plants.

President Barack Obama signed the bill and its controversial rider into law in March 2013 much to the dismay of environmentalists. It means that Monsanto and other companies that supply the majority of the nation’s crop seeds can continue to produce GE products regardless of any potential court orders stating otherwise. Opponents of GE foods believe that giving such companies a free reign over the production of such potentially dangerous organisms regardless of judicial challenge is a bad idea — especially given how little we still know about the biological and ecological implications of widespread use of GE crops.

Today more than 90 percent of the corn, soybeans, cotton, sugar beets and canola planted in the U.S. is derived from seeds genetically engineered by Monsanto and other companies to resist pests and thus increase yields. Aviva Shen of the ThinkProgress blog reported that, instead of reducing farmers’ use of toxic pesticides and herbicides, GE seeds are having the opposite effect in what has become a race to keep faster and faster developing “superweeds” and “superbugs” at bay. With Congress and the White House refusing to regulate GE crops, the court system has remained a last line of defense for those fighting the widespread adoption of genetic engineering — until now, that is, thanks to H.R. 933.

Monsanto isn’t the only seed company heavy into genetic engineering, but it is the biggest and most well-known and spends millions of dollars each year on lobbyists to keep it that way. Critics point out that the company has spent decades stacking government agencies with its executives and directors. “Monsanto’s board members have worked for the EPA, advised the U.S. Department of Agriculture and served on President Obama’s Advisory Committee for Trade Policy and Negotiations,” reported the group Food & Water Watch. “The prevalence of Monsanto’s directors in these highly influential positions begs a closer look at how they’re able to push the pro-GE agenda within the government and influence public opinion.”

“The judicial review process is an essential element of U.S law and serves as a vital check on any federal agency decision that may negatively impact human health, the environment or livelihoods,” reported Food Democracy Now! “Yet this provision seeks an end-run around such judicial review by preemptively deciding that industry can set its own conditions to continue to sell biotech seeds, even if a court may find them to have been wrongfully approved.”

Another concern of safe food advocates now is getting the government to require food makers to list GE ingredients clearly on product labels so consumers can make informed choices accordingly. “Not only is (GE) labeling a reasonable and common sense solution to the continued controversy that corporations like Monsanto, DuPont and Dow Chemical have created by subverting our basic democratic rights,” added Food Democracy Now!, “but it is a basic right that citizens in 62 other countries around the world already enjoy, including Europe, Russia, China, India, South Africa and Saudi Arabia.”