Saturday morning I planned an early self-portrait just after sunrise, however as it was raining I went back to sleep. When I got up later, the rain had stopped so I headed to Olympic Village.

I set up my 10 sec timer and just tried to guess when the shutter would go off so that I could be in midair. I’m glad the tide was out, as the rocks are quite slippery when surrounded by water.

I’m focused on positivity and low-stress living each day.

To recap: On Sunday, August 28th, I completed Cycle 21 Week 1. I have Multiple Myeloma and anemia, a rare blood cancer. It is incurable, but treatable. From February to November 2013, I received Velcade chemo through weekly in-hospital injections as an outpatient. Since February 9th 2015, I have been on Pomalyst and dexamethasone chemo treatment (Pom/dex). 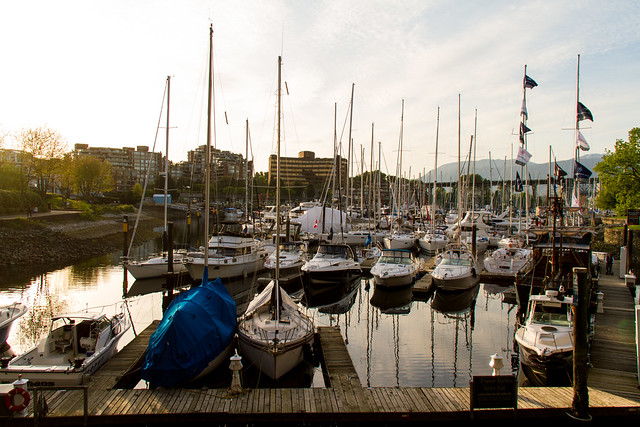 May 2014: Magic hour on Granville Island

The post Week 81 chemo complete: A break from the rain appeared first on Fade to Play.