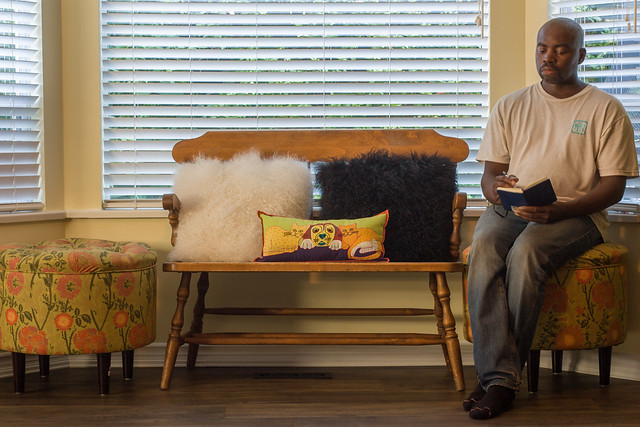 All week I had a fun idea for my creative photo. I tried to execute the concept a variety of times and after multiple re-shoots I realized that I wouldn’t be able to get it right. However, I’m happy for the skills I developed testing out the concept and I know that when I try again in the future, I will be successful. When I’m developing a concept for my weekly photo, I like to use my notepad to sketch out possible ideas. Using pen and paper really helps me think.

Last Sunday I completed Cycle 6 Week 2. The week was uneventful, which means I didn’t have any problems with my chemo or my cancer. Thanks to everyone that is cheering me on each day.

To recap: I have multiple myeloma and anemia, a rare blood cancer. It is incurable, but treatable. From February to November 2013, I received Velcade chemo through weekly in-hospital injections as an outpatient. From February 9th 2015, I am on Pomalyst and dexamethasone chemo treatment (Pom/dex). On June 29th I began Cycle 6 for 4 weeks.