It’s been a while since I managed to coincide a catch-up post with WIP Wednesday – anyone would think I planned it! 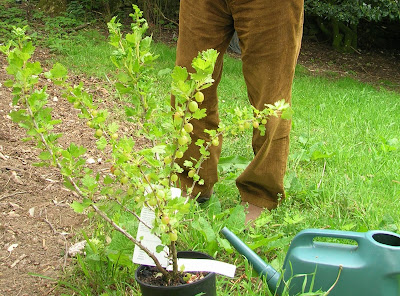 Birthdays
It has been birthday season here:  Grandma (90), FL (80) and The Girl (19).  The only one to receive a hand-knitted gift was Grandma, who fell heir to a pair of socks from my gifting box.  Will she wear them?  Unlikely.  But I never know what to get her and if nothing else she can show her sister my knitting.

I took FL out for a meal at a favourite South Indian restaurant.  He has not finished a meal in weeks, so it was good to see him make a valiant attempt for his birthday.  I bought him a gooseberry bush because that was what he wanted. No socks this year! 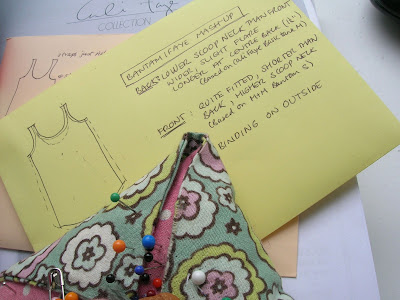 Sewing
The Girl arrived on Monday and we have some sewing planned.  After some debate, she decided she wants a Bantam Top front with a Cali Faye BASICS.tank front as the back… so I did some redrafting to make sure the pieces will fit together at the shoulders and side seams.  I hope it works!

Myeloma
Yesterday was FL’s regular hospital appointment.  We saw the lovely Italian doctor and she was very straightforward, as usual.  His Freelite number is up to 148 from 80 the previous month.  This is a significant rise.  If the blood test from this week shows a further rise, they will have to reconsider his prescription for Pomalidamide.  If it is a dramatic rise (and when the number rises, it tends to do it on a half-life-type curve) they will call him in for a review before his next appointment.

How is he?  It is difficult to tell whether it is the Myeloma or the shingles that is laying him low.  He is in a great deal of pain, but it appears to be located in the right upper arm, close to the site of the shingles.  His blisters are almost completely healed.  The doctor explained that shingles pain can last for a year.  A year!  FL said he could not possibly survive his much pain for that long.  It would appear that he is on the standard pain relief regime, so he just has to keep taking the tablets. 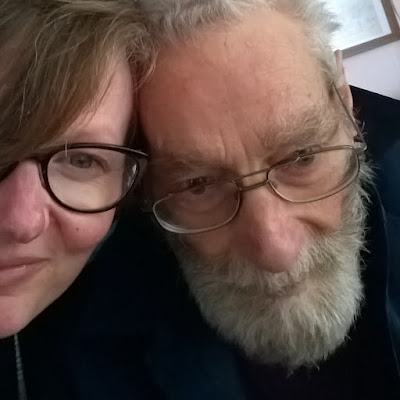 He is asleep right now.  He says he only gets peace from the pain if he is asleep.  As a result, his writing has ground to a halt and he has stopped going into the local town to see his friends and buy the newspaper.  This is totally out of character.

Life
The good news is that I am on holiday from work for two weeks:  this week and next.  So I am able to watch over him and keep him company.  I have until 10 July to apply for Voluntary Severance and it is a decision I need to take very seriously.  I might not be successful if I apply, but it could be a good option to allow me to be at home with him when he needs me. 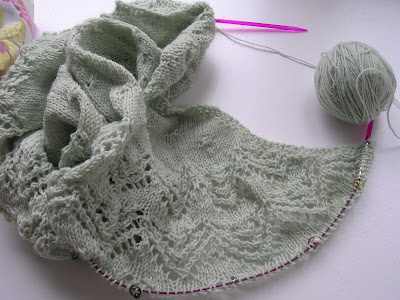 Knitting
In knitting news, the Swedish Spring Shawl is almost complete  I love the cabbage-dyed yarn from Gregoria Fibers!  Although it is a basic (75% wool, 25% nylon) sock yarn it has a slight halo and I think it is going to bloom beautifully after a wash.  The colour is simply lovely.

I have been so besotted with this project that I have not touched my other shawl or my sweater.

Reading
I finished Haus Frau by Jill Alexander Essbaum.  It was a fairly unremitting tale of depression, with a downward spiral.  Very well written, with lots of interesting detail about living in Zurich and the German (and Swiss German) language.  I would recommend it only if you are feeling strong and like linguistics! 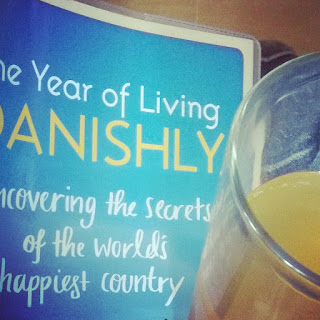 At the moment I am reading The Year of Living Danishly by Helen Russell which is a far lighter take on “being foreign in a European country”.  The author is a former Marie Claire magazine journalist, now working as Scandinavian correspondent for the Guardian, and it certainly reads a lot like a Sunday supplement series in book form.  I do hope she is mocking herself when she laments the lack of designer handbags in rural Denmark… but I am not sure.  It is an enjoyable read nevertheless.

I also have Better Than Before by Gretchen Rubin, which is all about developing better habits.  Gretchen annoys me, but I think there is a lot of wisdom in this book.  I am trying to use my two week break from the office to establish new routines:  running, cleaning, healthy eating. This has all been put on hold following a spoonful of mouldy blueberries eaten on Sunday.  I am still suffering the consequences.  I am just glad FL did not have any!