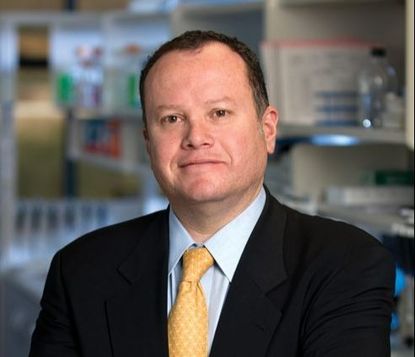 To find out more about stem cell transplants, Dr. Rafael Fonseca of Mayo Clinic will be the featured speaker on Cure Talks, October 4th, 5:00 PM EST. You can view the details for the broadcast if you CLICK HERE.

The IMF (Internaional Myeloma Foundation) has just published the 2017 report from the Summit of The International Myeloma Working Group.  This group of 100 of the best myeloma specialists in the world provided a summary of their collective position on many topics including Stem Cell Transplant(SCT).  They published the following:

​Role of transplant in myeloma
“Dr. Gordon Cook (University of Leeds, UK) accompanied by panelists Drs. Morie Gertz (Mayo Clinic, Rochester, MN), Pieter Sonneveld (University of Utrecht, the Netherlands), and Sergio Giralt (Memorial Sloan-Kettering, New York), stated his fervent hope that this would be the last time the role of transplant in myeloma would need to be validated with further large clinical trials or discussed at the IMWG meeting. Data from the three large transplant trials – IFM 2009, CTN0702, and EMN02/HO95 – overwhelmingly demonstrate the benefit of upfront transplant for almost all sub-groups of patients. All concurred that autologous stem cell transplant remains an important treatment and that not enough US patients are opting for it. A remaining issue in the US is the need to make it possible for patients to store stem cells for later use.”

Another report by Dr. Parameswaran Hari and Dr.Luciana Costa titled “Autologous Transplantation for Myeloma: Don’t Change the Winning Team”, provides the following rational for the continured use of SCT.  They conclude with the following comments:

Premature to Abandon Upfront AHCT
“As discussed in The ASCO Post on May 10, 2017, a recent updated analysis of the two major upfront AHCT followed by lenalidomide maintenance studies (CALGB 100104 and IFM 2005-02) has shown an unprecedented median overall survival of 111 and 106 months, respectively. This 10-year overall survival of almost 50%.” You can read the entire publication if you CLICK HERE.

You can compare this performance to the current average myeloma life expectancy reported by the National Cancer Institute of just 5 years or just half of that reported for the Stem Cell Transplant and lenalidomide maintenance group.  In addition, Dr. Hari is also Scientific Director of the plasma cell disorders and lymphoma working committees of the Center for International Blood and Marrow Transplant Research (CIBMTR), and states, “For the US the rate of transplant is very low. The overall use of transplant for “eligible patients” is about 30% meaning 70% never even get referred. As you know transplant and maintenance results in 50% survival at the 9-10 year mark and this is just so sad.”   In the EU, Dr. Laurent Garderet who is in charge of myeloma for The European Society for Blood and Marrow Transplantation (EBMT) database stated, “I can confirm that in Europe we tend to transplant all myeloma patients under the age of 65-70 upfront and lenalidomide maintenance post auto has just recently been approved.”    So Europe recommends transplant for 100% of transplant eligible patients vs. the USA which recommends transplant for just 30% of transplant eligible patients.

If 50% of the 30,000 myeloma patients diagnosed each year in the USA  are transplant eligible then 70% of those 15,000 patients or 10,500 myeloma patients could  have been provided the current standard of care and were not given that opportunity.   Dr. Landgren of Memorial Sloan Kettering is a believer that one day (with longer followup on current trials and more trials) we may be able to use MRD testing as the end point for treatment, however a stem cell transplant may just be part of the treatment regimen needed to get the patient to a MRD negative, lesion free state.

So why is there such a low SCT referral rate when the evidence is overwhelming?  SCT  is the standard of care for fit patients and provides the best PFS(progression free survival) and OS(overall survival).   Is it misinformation, fear, a doctors lack of myeloma experience, transplant hospitals not available locally, unfounded concern of high death rates from transplant, unproven belief new drugs eliminate the need for transplant.   A few times I have head from patients that they  fear getting leukemia from SCT,  I found no evidence to support this misconception. The 10 year rate of a secondary leukemia is less than 1%, whereas there is a 20% chance of dying from myeloma in the first year!  Please listen to the October 4th Cure Panel with Dr. Fonseca to get the straight scope from a world class myeloma specialist.

Good luck and God Bless your Myeloma Journey/ editor@myelomasurvival.com  For more information on multiple myeloma CLICK HERE and you can follow me on twitter at: https://twitter.com/grpetersen1