I rediscovered  a blogger I used to know as No Signposts in the Sea.
You can find here.
I stole half of her haircut ;)
Recently she wrote :

“Living in the countryside has changed my clothing choices a lot more than I’d like to admit. I dress more cautiously, because people stare. I never thought that I’d become that person whose style is dictated by others.

I’ve always had two style identities: one that’s clean, somewhat androgynous, the other romantic and dramatic. My work-self has no style identity. It just tries to survive the daily grind.”

I read this shortly after tossing India Knight’s latest book across the kitchen table in disgust.  At 50 plus she tells me that the aim above all others is not to appear ridiculous, to fit in. 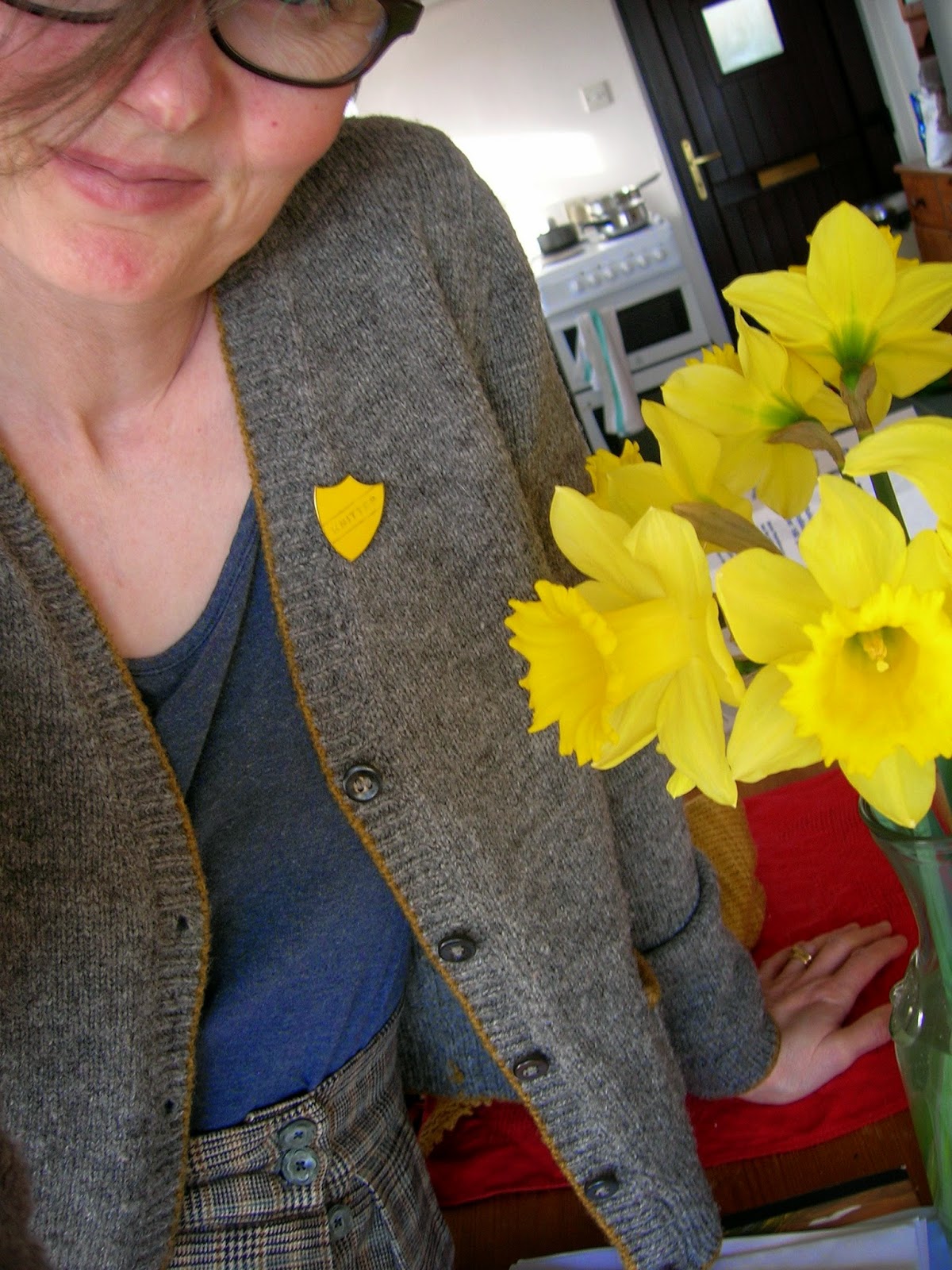 There is a wonderful made-up Old Norse-ish word which I came across in my reading of Beautiful Wreck:  “Beiskaldi”, which Larissa Brown translates as:  “bitter-cold-griping-bitch”.  It is an expression that I see in the faces of so many women (let’s face it – the RBF).

I desperately do not want to become that woman, but the more time goes on (and I have been back in Smallsville for almost 11 years now), the more I feel my face freezing over, giving nothing away, giving nothing.
Occasional flashes of human kindness take me by surprise. Most of the time I feel trampled, squashed and kept in my place.
But I do not accept that this is my place.
Until I can escape again, I need to have the courage to be myself.
My new haircut has variously been described as: “like a prisoner of war”, “edgy”, “daring”, “brave” and “terrible”.
It seems to inspire hostility, fear, or derision.
There was nothing to lose by dye-ing the fringe lilac because I had already tipped the balance of what is tolerable.﻿ 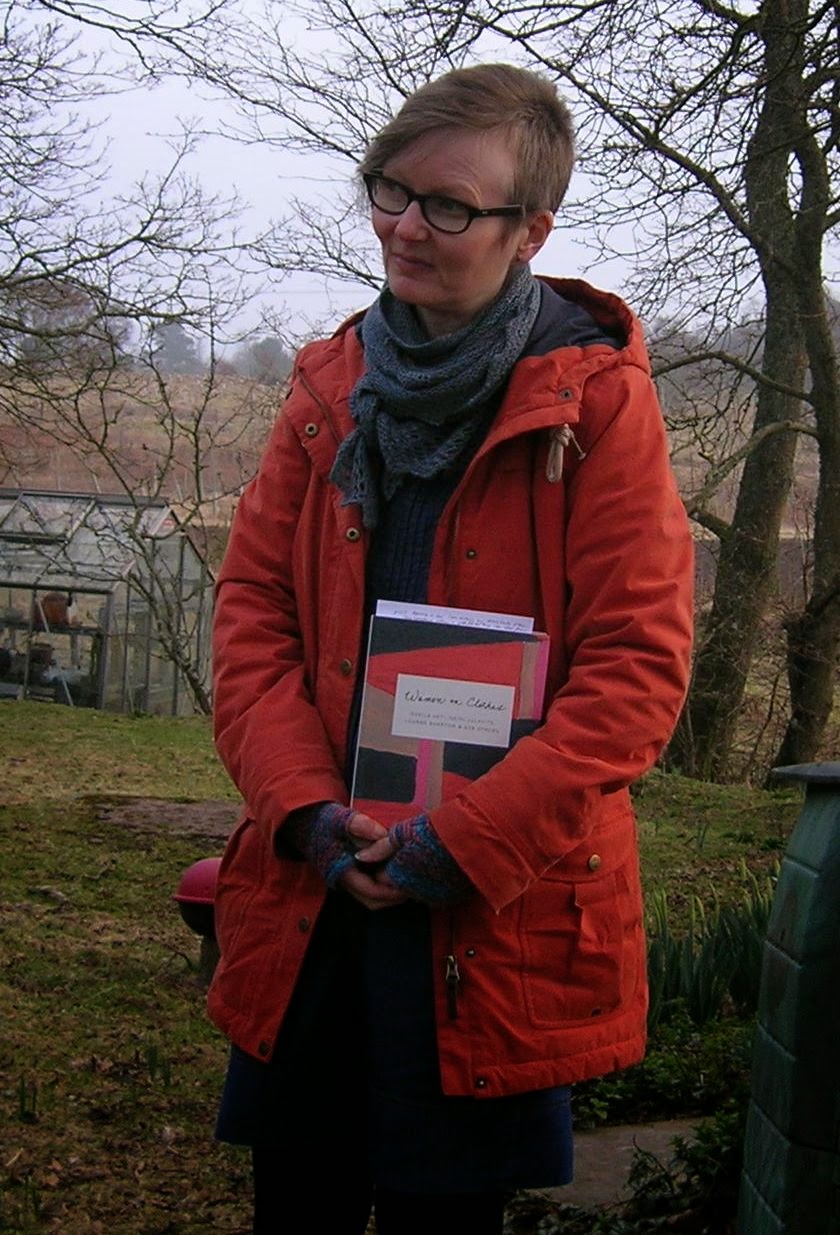 Reading “Women in Clothes” is deeply therapeutic.  It reminds me that there is a whole diverse world out there.

There are women who choose to dress as men and vice versa.  There are women who work in garment factories who can’t afford to buy the “cheap” clothes they are employed to mass-produce.  There are women whose hats smell of strawberry shampoo and others who are so squeaky clean they do not leave a trace:  robot women!  Women who choose to wear the hijab because they feel it grants them freedom.   Women who believe it is “more punk” to wear conventional clothing and devote their creative energies to something other than dress.

I have started to write a review of this book so many times, but it is very hard to summarise.  It began as a survey of a handful of women and expanded by word of mouth / email connections into something much much bigger. I have read reviews which doubt its quasi-anthropological approach to how women dress, but I love the  insights it gives me into other women’s approach to life and their appearance.
It is a  mistake to view the interviewees as “representative” because what this book does more than anything else is celebrate difference.  And it does this through an incredibly diverse range of responses to the survey questions. I use the word “response” as an art teacher would.  Some of the women have presented their “collections” of white sneakers, bobby pins, even stains!
One of the most interesting sections is a series of photographs of interviewees’ mothers, taken before they had children.  Each interviewee describes the person they see in the picture and talks about the woman their mother later became.
Fascinating.
Another photo essay presents six women wearing each other’s clothes – without comment.  Which one looks comfortable in their own skin?  Who has on their armour to face the day, their own uniform, their costume?
In my fiftieth year I find myself somewhere I do not want to be.  This book is a point of reference, a reminder that the possibilities for reinvention are endless.
That my age does not have to dictate my appearance.
That I do not have to bow to convention.
“Fitting in” is not the only way forward.
Two more bags of clothes went to the charity shop today.  They included the interview suit I wore 11 years ago, now hopelessly out of date and fragrant with mould.  That says it all.
Whichever direction I choose next, I  am clear that it will require a simpler, cleaner version of me.  I am no longer interested in novelty prints or girlish details.
My notebook is full of longer skirts, solid colours, stronger lines.
It’s all a bit more grown-up looking.
Maybe it’s time.