This is supposed to be a chicken:

Here he is (a few years later), dancing on a float. Notice there is another chicken walking in the background. I believe there were several others, and that they plan to band together and take over the planet.

Someone in an inflatable pizza costume: 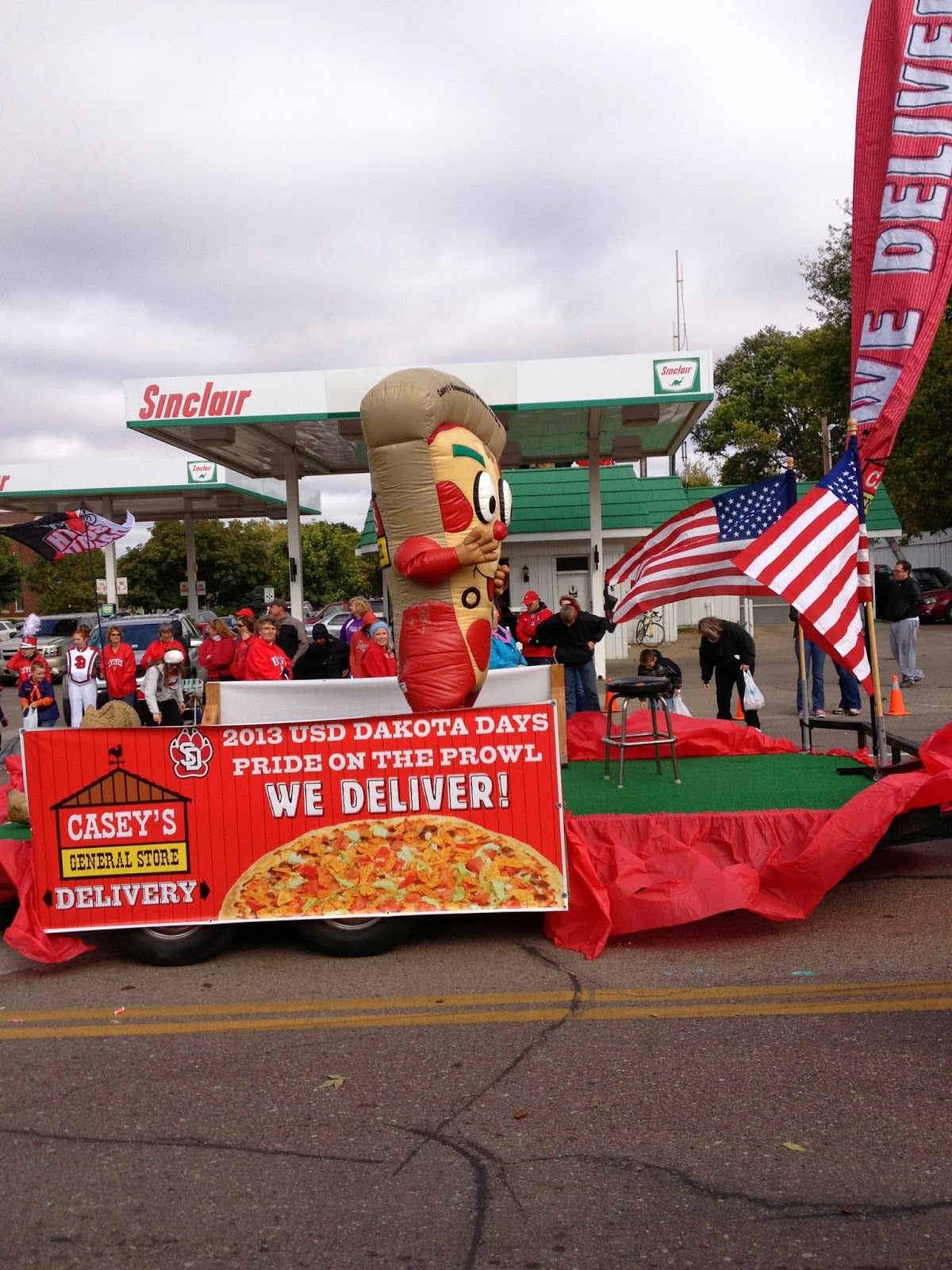 And finally, a dancing bear. You can’t tell from this photo, but the bear is wearing a cape: 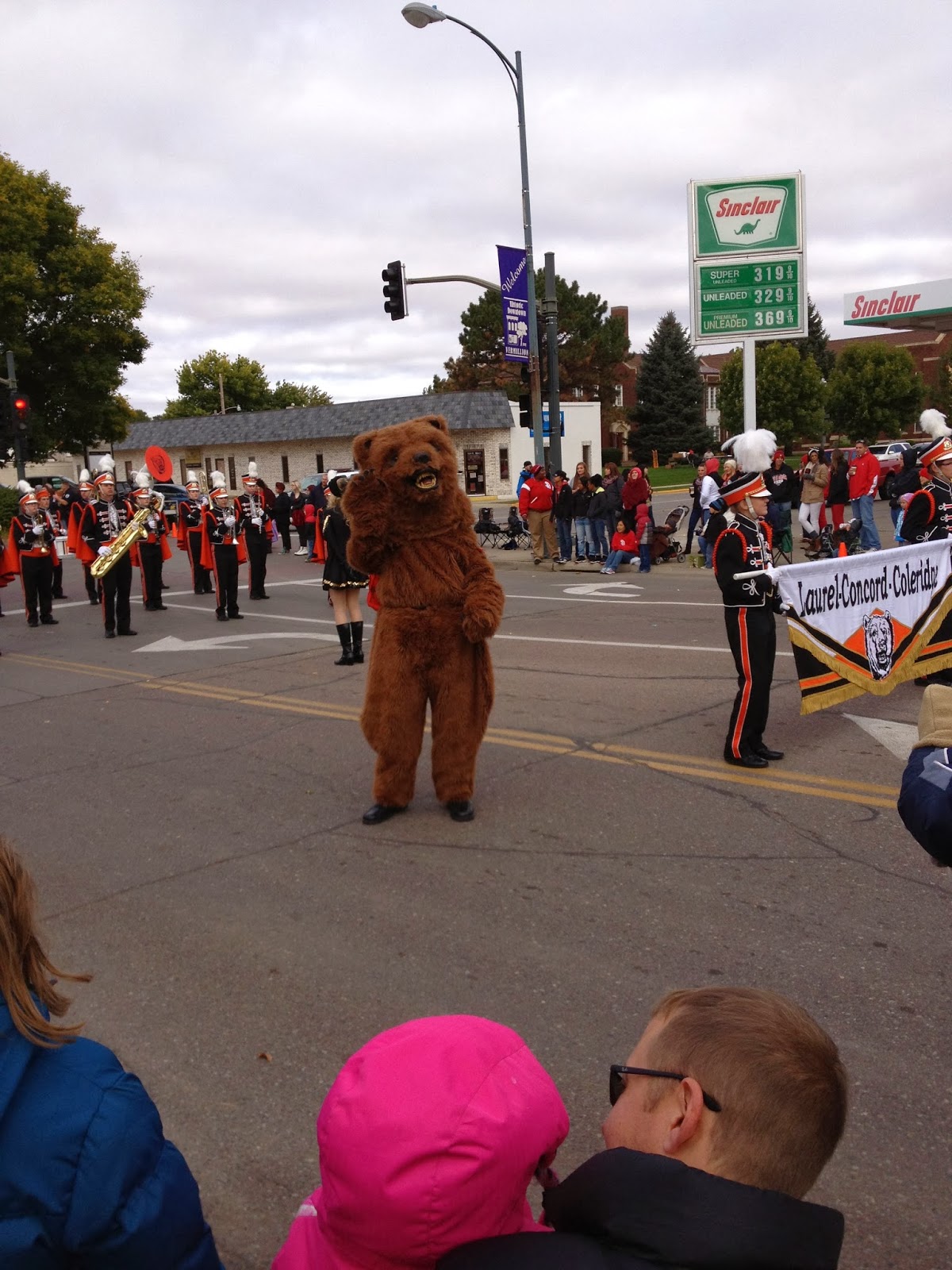 I actually have an amazing video of the dancing bear, taken by my sister-in-law, but I couldn’t get it to upload. Once I figure it out, though, do you think it’s going right on my blog? You bet! Does a bear dance in the woods?