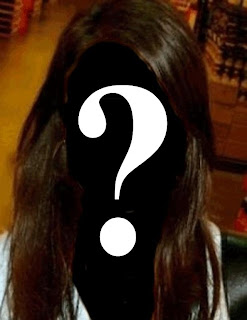 Yesterday I learned that my donor is a young woman, twenty-four years of age. At this point there’s nothing more that I may know about her. Perhaps, in a month, the National Marrow Donor Program, which arranges everything about my kind of transplant, may decide to tell recipients the general location of the donor (e.g., Australia). At the one-year point (for me, June 11th) we are allowed to correspond. I understand that I may send a letter to her that will be forwarded by the NMDP. She may or may not decide to respond. I hope she does.

I hope she does because nothing that has ever happened to me has been so subtly profound has having another person’s blood coursing through my veins, touching every tissue in my body. Like a girlfriend, she moved in with me last summer and straightaway went about renovating my bachelor quarters.  I’ve noticed that my fingernails are growing more slowly now, are slightly thicker, and generally smoother. My hair has changed from a salt-and-pepper gray to a dark brown that may be permanent, and my beard grows faster. Immediately after transplant, my skin seemed to be as young as a boy, but lately seems to be aging. She even changed my blood type: I was A-, now I’m O+. How much more intimate can a relationship be?

Years ago, when I was hiking with the Sierra Club Singles, a young woman talked about a man she had been “with” for several years: “When I was with Henry….” Her matter-of-fact use of that single word struck me at the time as being astonishingly revealing without conveying a single detail. In that sense, with respect to my donor, I have been with her for almost a year.

Ivonne and I have speculated about who she could be: a military person, a paramedic, a fireman? Certain professions seem to donate more often than others. For all I know, she’s a punk rocker with spiky hair and ghastly tattoos. Or she could be a young mom. Or both. Perhaps someone in her family once needed a transplant, so now she volunteers. I can’t stop speculating.

It took many weeks to find a match for me. Apparently, there was something rare about my blood but I don’t know what it was (not “is,” as my old blood is gone). I had a drop of Cherokee blood in me — does she? Is she white, black, brown, or green?

None of my questions are of practical significance, but I need to know the answers nevertheless. She saved my life. She is my sister. She fills my heart. 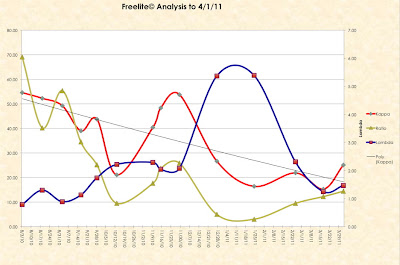 Once more, there’s an unexpected and unwelcome upswing in all three measurements: kappa, lambda, and the ratio between the two. What am I to do?

I think I have only two options. One, I take Revlimid, the only chemotherapy of which I am aware that can attack the cancer without simultaneously damaging my new immune system (aka, me). Revlimd failed to work well for me in 2009, if I am remembering the year correctly, but today I have different expectations — the purpose of taking Revlimid now would to tip the balance of war to the side of my new immune system. Therefore I would be taking a small dose, perhaps as little as 5mg/day, because all I need at this point is to put a finger on the scale.

Yet there are other alarming changes. Last week’s CT-Pet revealed mild activity in my right femur. Unfortunately, that area was not part of the CT so it will have to be imaged next week to determine if the activity is dangerous. Also, my creatinine went up from .8, a wonderfully low number, to 1.2, and then down to 1.1 in a three-week period. At the same time, and for the first time, my BUN went up to 27, then 24 (still too high). Something is obviously going on with my kidneys. There are minor signs of Henoch-Schöenlein purpura on my skin. My RBC has been low (~3.5) since the transplant, but recently it dropped to 3.1. I feel weak.

All of which says, it may be time to go back to my donor. Like an energizing pep-talk at half-time, lymphocyte infusions (DHL) revitalize the immune system against the cancer, quite frequently spurring it on to victory. The downside is that graft-vs-host disease is often significantly increased, even to the point of being life-threatening. DHL is not a step to be undertaken lightly, but, if I want to survive, neither must it be delayed.  If I go for Revlimid now, and it doesn’t do the job, by the time we are sure it’s not going to work will I be too late for the lymphocyte infusions?

As a general in the war against cancer, I am obsessed with avoiding two errors: acting too soon and acting too late. Both mistakes have deadly consequences: act too soon and you’ve used up ammunition better saved for later in the battle; act too late and the enemy overruns your lines.