Skip to content
WCK has always been very advanced, dentally, and she’s already ready for orthodontic work. She got an expander put in the top of her mouth a couple of weeks ago. Here she is, super thrilled  a) to be at the orthodontist in the first place and b) to be having her picture taken: 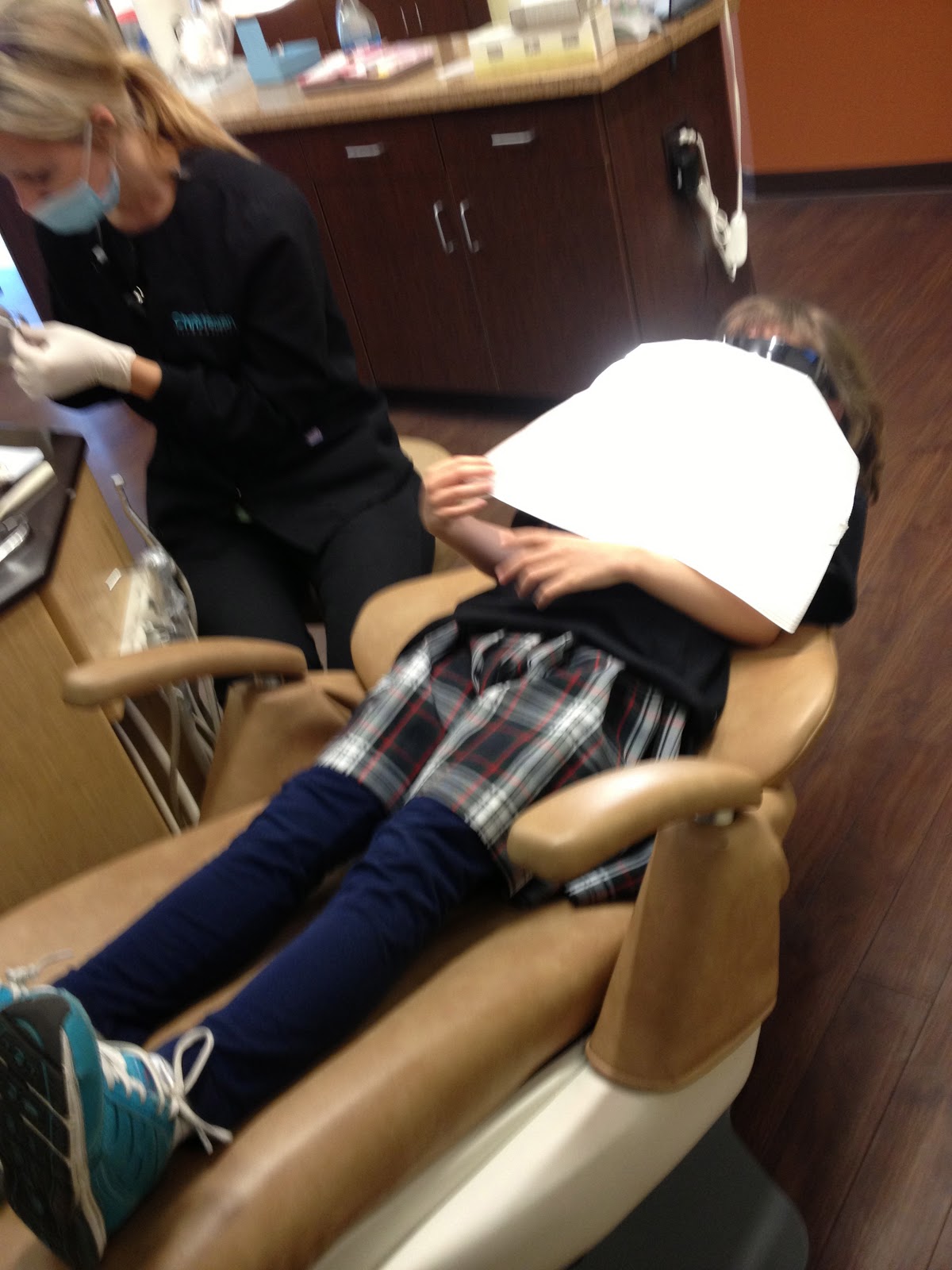 I was worried the expander would hurt. Fortunately, it doesn’t. Instead, the expander traps food. For the first week or so, this really freaked out WCK. Jay was on a business trip when she got the thing put in, so he missed the first day or two of Dramatic Removal of Trapped Food. His introduction to the expander happened early one morning when we had what I will forever call The Peanut Butter Toast Incident. Pay attention, because I am never going to talk about this again.
The Peanut Butter Toast Incident
I insisted WCK eat her normal breakfast of peanut butter toast because, dang it, she’s going to have this expander in for up to six months, and she might as well get used to it. WCK complained. I told her to quit complaining. This was one of those rare times when I was trying super hard to not be a helicopter parent and get my child to toughen up, because if I keep on feeding her oatmeal when she’s capable of eating toast, she’ll turn into a serial killer who lives in our basement until she’s 35, blah blah blah. Long story short, she ended up with what looked like an entire piece of peanut butter toast jammed between the expander and the roof of her mouth. The three of us ended up in the bathroom, armed with all different kinds of toothbrushes and toothpicks, yelling at each other “discussing” how to best remove the peanut butter toast without WCK throwing up, which she kept dramatically threatening to do.
Then there was some lively “discussion” about how the child was NEVER HAVING PEANUT BUTTER TOAST AGAIN and how HER LUNCH NEEDED TO BE TOTALLY LIQUID.
Jay rarely, rarely speaks in all capital letters, but that expander pushed him over the edge.
We finally got the toast out with just minutes to spare before the final bell rang at school, and I realized we didn’t have enough yogurt, etc., to put together a soft lunch for WCK. I dropped her off at school and then ran to Price Chopper to purchase Spaghetti-os and applesauce and then brought her lunch to the school’s front desk. I might have imagined it, but I swear the secretary gave me a look, like I’m one of those moms who isn’t organized enough to remember her child’s lunch. I didn’t have the energy to explain — or the mental toughness to re-live — The Peanut Butter Toast Incident, so I just let her think I’m scatterbrained. It’s easier.
I returned home and Jay and I, now done “discussing” and fully united in hatred toward the expander, charged off to Target and bought a Water Pik, which, frankly, has saved our marriage.

Things have calmed down now, and WCK has adjusted to eating with the expander and using the Water Pik. I give her oatmeal and eggs for breakfast, and perhaps she will become a serial killer at age 35, but that’s a price I am willing to pay.

And we shall never discuss The Peanut Butter Toast Incident again.