So it’s been nearly four months since I last sat down to do a blog post. Within that time so much has happened for us as a family, most of which I wrote about in my last entry.

We moved up to Worcestershire (Clent) at the beginning of September and are now starting to feel much more settled in the area. One of the major pulls up here was that Nick grew up here and his parents, brother and friends live here still. For me, my sister is here which is fab. So whilst I found it massively hard to make the transition initially, it has been so great being able to make up some lost time with family. 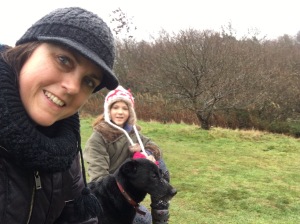 I see my sister most weeks, dogsit their fab dog Jessi, and we regularly see Nicks family now..well in comparison to before – it’s been great! I’m also starting to get to know school parents better and that’s really important to me.

It hasn’t all been easy though. For some reason I’ve been quite ill a couple of times. The first was after we’d first moved. Probably not surprising as I’d worked so hard with Nick to get one house cleared, and move into our rental property…a feat we pretty much fully completed within 2 days with the help of family! Then I was ill again in the run up to Christmas! No flipping surprise there a I think I’ve only had one healthy Christmas in the last 5 years! Nick floundered just as I started to recover so our first Christmas in the Midlands wasn’t quite as joyous as we’d hoped! But despite that we enjoyed it and managed a small celebration for his 40th (we had to cancel the original plans)…the bigger one to follow now he’s better! 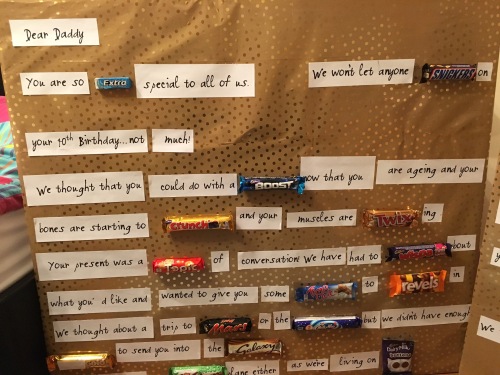 Through a lot of this, I have also been watching my bloods carefully. Many of my friends and family know I have been in remission for nearly 5 years now….pretty amazing given I was given figures of life expectancy of 5-7 years in 2009! I plan to smash those now but since the summer my figures have been trying to diminish that confidence.

They’re still very low so there hasn’t been anything to massively worry about. But where they had always been 1 or 2, they had crept up a little and on Christmas Eve I was told they were 4.9. Argh! Now, Nick and I talk about absolutely everything. No secrets. But for the first time, I decided not to tell him these results as he was ill, work was manic and I didn’t want to spoil his 40th. And blimey was I glad… In the New Year when my next results came back, I was back down to 3.6 – a number I’m far happier with! I’m not sure Nick was happy with me for not telling him but I still think I was right…just for once.

But the rollercoaster that myeloma patients live with, even lucky ones like me, continues. I hurt my back recently. Now I’m pretty sure I know how I did it and that it was self induced. But I can’t really explain to people who haven’t had cancer, how you become paranoid about anything and everything! I’ve spent a week and a half unable to walk properly and in a huge amount of pain. I was getting paranoid it was my myeloma back in a new way and that it was more serious than I wanted to admit. I was trying to stay calm. I was so careful with what I said to people. I think I’m fine. I’m now on strong anti inflammatories (not meant to have them but I wasn’t sleeping at night at all!) and they’ve definitely done the job. But, not wanting to cause a fuss I put my consultant off X-raying me and persuaded him to wait till next week to see what I’m like off the drugs! Hate the idea of wasting NHS money! But it’s not great for my mental state ;-). Hopefully it’s the right decision !

Anyway, I’ve got a fun few weeks ahead so that’s great. We’ve just had my youngest sister’s 50th in London. Then it’s my niece’s wedding in a few weeks too….ooh and my niece in Australia also got engaged on New Year’s Day so we’re looking forward to next Christmas in Australia and hopefully I’ll be well for once!

I’ll try to remember to update this in a week or so.. I’ve been rubbish recently though. I seem to have gone off the use of Facebook and social media. I can’t decide if that’s because I have less to share, whether I’ve overdosed on it and just needed a break, or whether it just doesn’t feel interesting any more. I’m sure I’ll get back to it….I hope to start fundraising again soon and it is invaluable for that!! A type of cupboard love I suppose!!

(P.S I don’t know if people would do this, but I’m taking a page out of a friend’s book (so to speak!). If you do want to make comments, could you make them on my blog rather than Facebook…it will give a full record for the whole family in the future.)