Clifton, NJ, JAN 30, 2019 – Foodie pop quiz: What spice has one unusual name, is spelled at least five different ways, can be either savory or sweet but never both, and could hold healthful powers? The answer is HAWAIJ.

Hawaij – pronounced ha-WHY-idge – is an ancient spice mixture found in every Yemenite’s household, and you’ll probably be hearing more about it before too long. That’s because people are discovering delicious ways to incorporate this exotic blend into everything from coffee and desserts to stews and condiments.

There are actually two distinct varieties of hawaij, each with its own flavor profile. One is traditionally used in coffees and the other is usually used to season soups. Yemeni immigrants brought these blends to Israel, and today hawaij (alternately spelled hawaj, hawaij, hawayji, or hawayej) is a staple of Israeli cuisine.

Pereg Natural Foods (pereg-gourmet.com), a leading producer of premium, all-natural spices and spice blends, invites home cooks to explore hawaij and imagine how it can transform everyday menu items into something new and extraordinary. 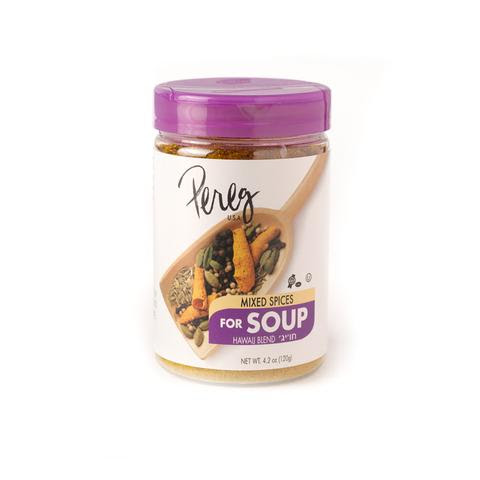 *Use it instead of bouillon cubes or consommé powder to season meat-based or vegetable soups.
*Try it as a rub for lamb, grilled chicken or fish.
*Add a healthy pinch to slow-cooker stews.
*Toss it with some olive oil on vegetables to roast – it’s great with potatoes, broccoli, kale, carrots, or beets.
*Mix it with a fruity olive oil for a quick salad dressing or as a delicate dipping sauce for crusty bread.
*Spice up chicken with a coat of Hawaij and Pereg Fine Panko Japanese-style bread. 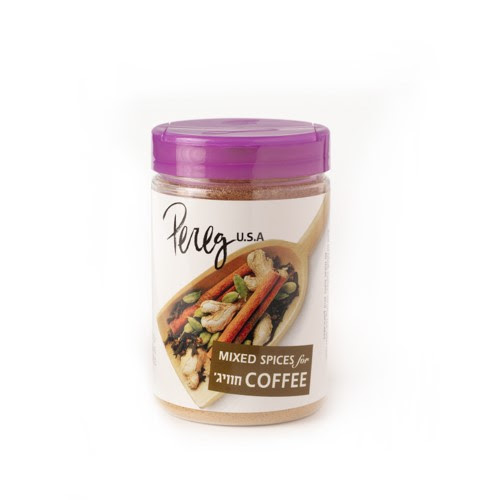 Pereg Hawaij Blend for Coffee is a homey mixture of ginger, cardamom, cloves, and cinnamon.

*Add a warm and earthy layer of depth to any coffee, tea, or even hot cocoa.
*Boost up your batter – replace traditional spices with hawaij in your favorite pancakes, waffles, muffins, breads, cakes, and other baked desserts.
*Turn an ordinary smoothie into an intriguing treat.
*Sprinkle on baked apples or poached pears.
*Infuse into rice pudding.

Healthy Hawaij – Hawaij’s components pack a powerhouse of healthful properties. WebMD and a multitude of other experts cite cardamom, cinnamon, cumin, ginger, and turmeric as outstanding sources of vitamins, minerals, antioxidants, and other beneficial nutrients.

So when you boost the flavor of your favorite dish with hawaij, you might also be fighting inflammation, aiding digestion, lowering blood sugar, fending off free radicals, and perhaps even preventing cancer and Alzheimer’s!