Skip to content
Years and years and years ago, Jay and I lived in Minnesota, in a little town that was a suburb of the Twin Cities. I freelanced for the weekly newspaper in this little town, and I had to write an article about a carnival sponsored by State Farm Insurance. When I called the person in charge of this carnival, she told me excitedly, “There will be an appearance by the State Farm Good Neigh Bear!” Apparently, this is the State Farm mascot, who gives safety tips to kids. It’s like the State Farm jingle: “And like a good neighbor …. State Farm is there!”
I thought the name “Good Neigh Bear” was hilarious, and I told Jay about it, and Jay also thought it was hilarious. The poor State Farm employee who had to walk around the carnival in a giant bear suit probably found it less hilarious, but Jay and I have continued joking about the Good Neigh Bear for all these years. Hey, we have to have something to get us through until the next episode of America’s Funniest Home Videos.
We recently changed our insurance to State Farm. As we were leaving the office yesterday, we were told we could take any of the free promotional stuff that we wanted. There, among the calendars and magnets, was, yes! A Good Neigh Bear coloring book! 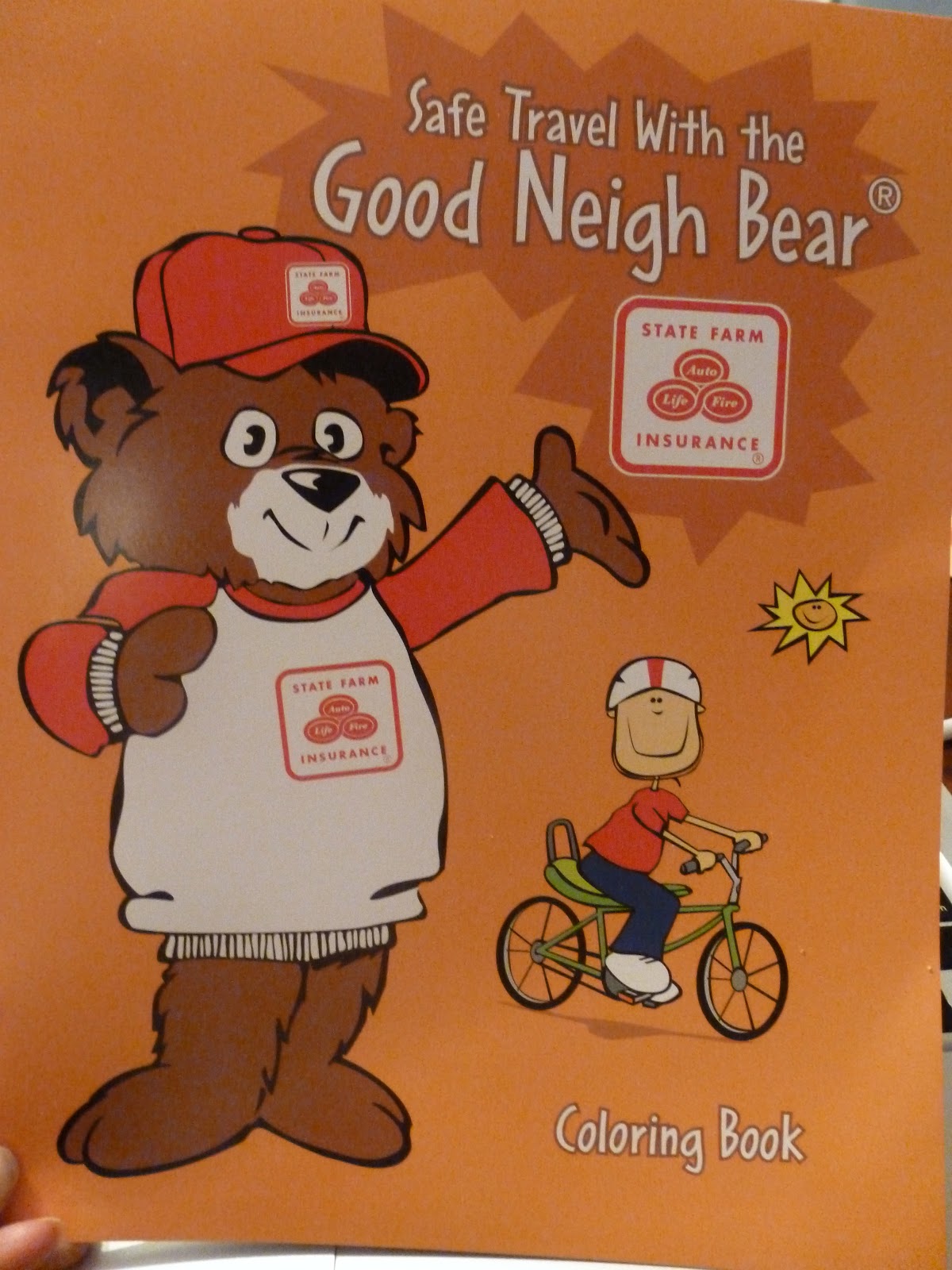 I had to take a coloring book “for our daughter.” WCK didn’t really care about it, but Jay and I were pretty excited about getting our hands on some actual Good Neigh Bear merchandise. Within the coloring book are valuable safety tips. Look at this kid; he wants to disobey the Good Neigh Bear, but the mom is smiling knowingly. I would have angry eyebrows, for sure: 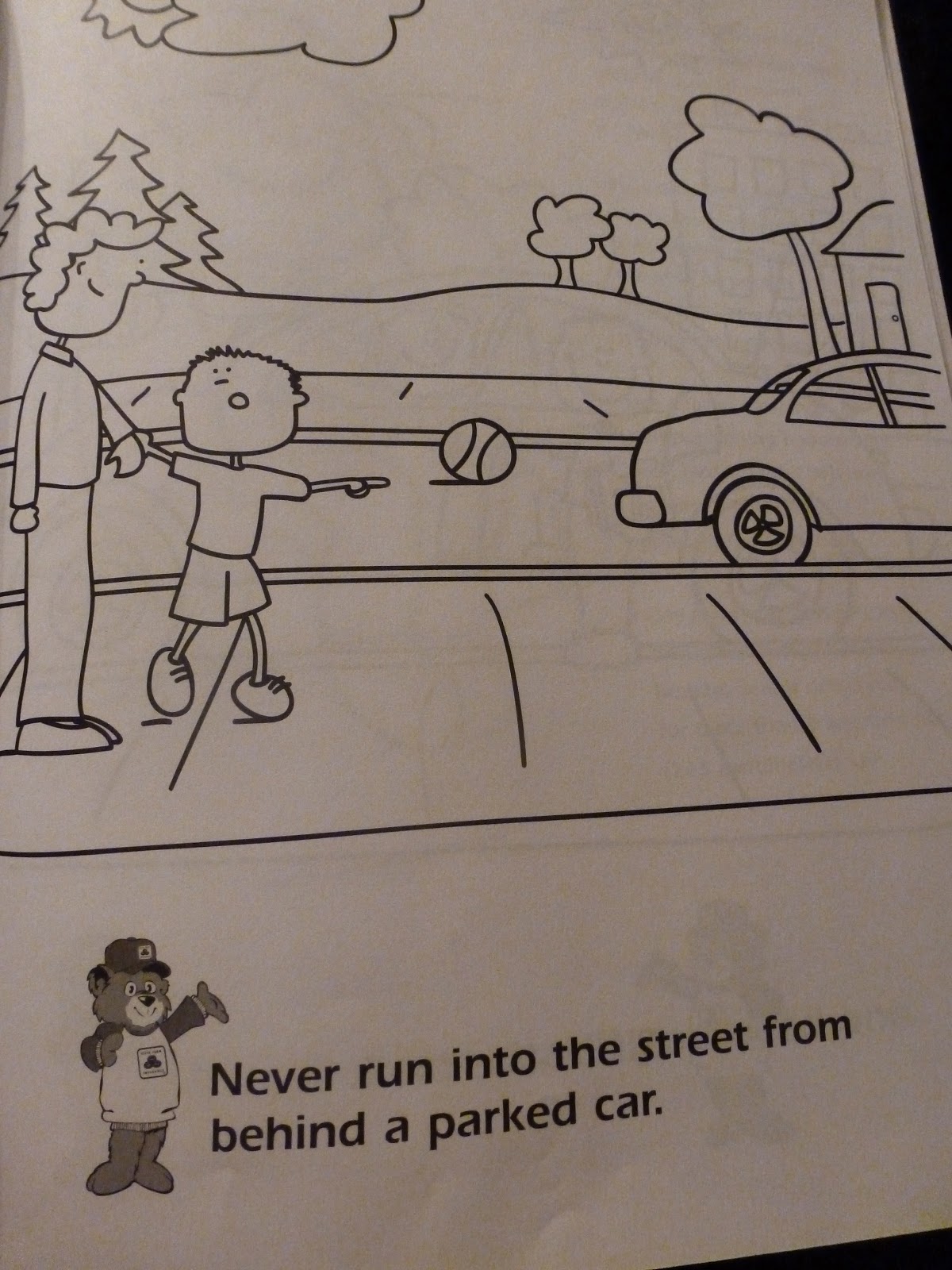 I wanted to learn more about the Good Neigh Bear, so I Googled him. The first link that came up was a  2009 press release from the Consumer Product Safety Commission, announcing that some State Farm Good Neigh Bear stuffed animals posed a choking hazard because the eyeballs could come off. There was only one actual report of an eyeball coming off, and no injuries were reported, but I imagine this was a trying time for the Good Neigh Bear and his family. Here he is — a safety guru with his own coloring book, and he has to face accusations of wanting to choke children with his own eyeballs. I’m sure he was overwhelmed. Maybe this is why he forgot to put on pants for the coloring book.
Anyway, the CPSC did offer a solution for the owners of the accused Good Neigh Bears:
Remedy: Consumers should immediately take these bears away from young children and discard them.

Discard the bears … or the young children? I’m so confused.