So I haven’t told you about The Crazy Thing I Did while I was away from the blog.

I ran my second half-marathon in April. That’s not the Crazy Thing, although I will need to blog about the race. Some half-marathon training plans tell you not to run more than 10 miles in training. The one I follow (from the book “Train Like A Mother”) gives you to option to run 11 to 13 miles in your final, great big training run. I always like to do the full 13.1 in training, because it makes me feel more confident that I can run the real race. (That’s still not the Crazy Thing. I’m getting there.)
So just before Easter, I went out there and ran 13.1, and I ran it in the best time ever, one minute faster than I ended up running the actual race, and I decided that I was super awesome. (This is still not the Crazy Thing, but it is leading into the Crazy Thing.)
So I spent the rest of the day wrapped in this fog of super awesomeness. I was all, “I just ran 13.1 and I’m not even sore and I don’t even have to sit down and rest and I will just take a really quick shower and take WCK to an Easter egg hunt and I’m still not sitting down because I am super awesome and I can do anything! ANYTHING!! Hahahahahahaha!”
When the awesomeness fog lifted the next morning, I wasn’t feeling quite so awesome.  I was, in fact, feeling like the Tin Man right before Dorothy and the Scarecrow find the oil can. It was then that I had to come to grips with The Crazy Thing I Did while under the influence of my own perceived awesomeness.
I registered for a full marathon.
And, worse, I ordered the car magnet, which is starting at me accusingly from the refrigerator. 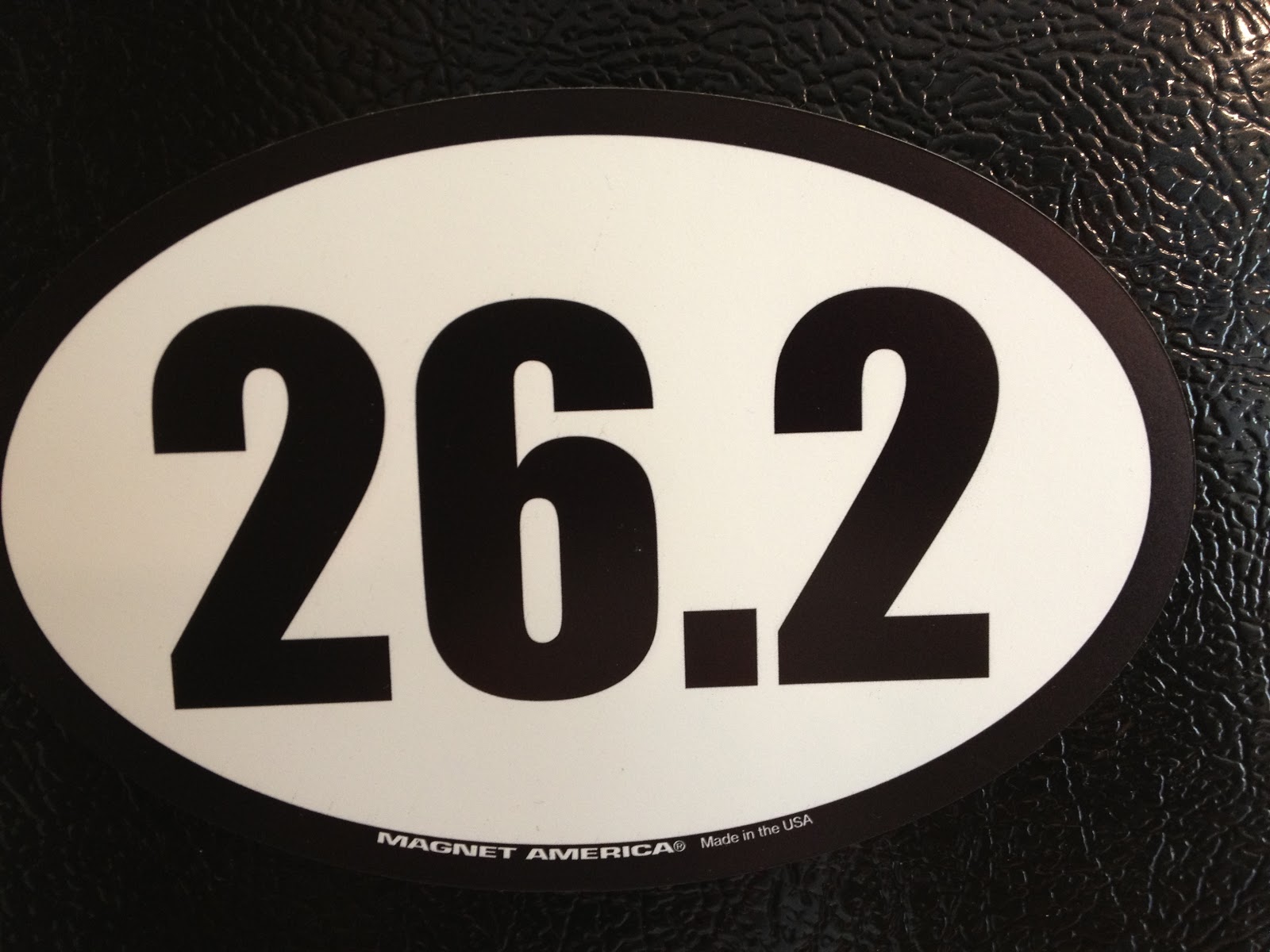 That’s the distance from the Iowa border to Vermillion, South Dakota, if that means anything to you. It means something to me, and it makes me want to throw up a tiny bit.
The race is Oct. 19. We’ll see what happens.