Three years ago, we went to a Kansas City Royals game at Kauffman Stadium. I took a photo of a sign that contained an incorrect apostrophe, and I even posted it on this blog. The sign read, “Kid’s Store”. Is only one kid allowed to shop there? Who is the lucky kid? Why do I care so deeply about these things? I have an illness. Don’t judge me.*

A few months later, the Kansas City Star asked readers to send in examples of typos from around town. I sent in my “Kid’s Store” photo. The reporter working on the story called me right away, and he was equally horrified that the Royals would allow this. My photo appeared in the paper. I figured the public shaming in the Kansas City Star would cause the Royals to fix the sign ASAP.

I went to another game today, three years later, and I checked the sign. At first I was horrified because I thought there had been no change. Now that I compare the photos from 2010 and today, I see that, yes, they did, technically, remove the apostrophe!

See? It’s just a faint outline of an apostrophe where the raised-up apostrophe used to be: 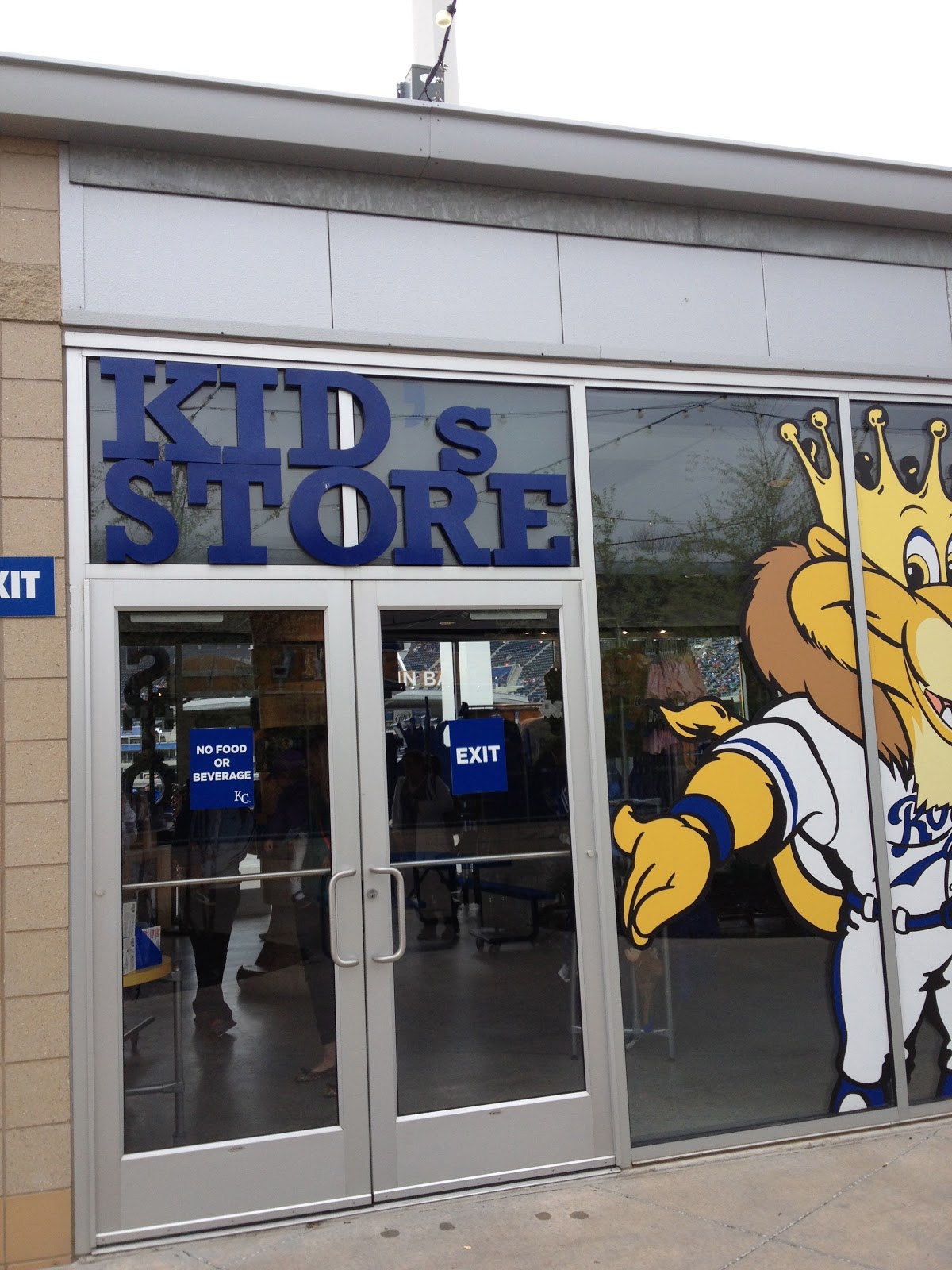 Now, I don’t want to be too hard on the Royals, because it does appear that they’re trying, but
a) you can still clearly see the evidence of the shameful apostrophe placement and
b) the sign is still incorrect, because they still need to scoot the “s” over and put the apostrophe on the other side.
c) Plus, why is the “s” lower case when the rest of the letters are upper case? I know. I know. I’ll pick my battles.
Still. Progress. Was it because of my vigilance and my reporting to the newspaper? I like to think that it was.

*But if you use an apostrophe incorrectly, I will judge you.