After my last post Mike has picked up no end, we aren’t out of the woods yet, but we are getting there. That is my reason for not blogging yesterday, we were off doing “normal” things, hence I wasn’t around to remind the world that we are all still thinking of Paula. I may not have blogged on the day but I did make my way to the blood donor centre in Birmingham and give a unit in her honour, not that I’m her type!

I know many of the people who read the blog have a good reason that they can’t, but can I encourage those of you who can to give, even if it is only every six months or make it yearly to celebrate the life of someone you love. My biggest disappointment is that I’m not able to give platelets, I rather enjoyed sharing the experience of going on to a machine like the one Mike was on to collect his stem cells. It isn’t identical obviously, but similar enough for me to feel smug. Turns out I have too many antibodies from having the kids. (Insert sad face,)

So Paula, we still talk about you all the time, you are a benchmark for all things crafty. Most of the time we are saying “Paula would never settle for that!” but we do try our best. We have been following the buddy pattern to the letter, but no matter what size of needles I use, they still come out much smaller than yours ever did. Is it one of your practical jokes?

Toni’s toy bag is still bursting with all the gifts you sent her. She hasn’t managed to destroy any of them yet. The dinosaur is in bits, but that is how you made her.

I wish we had kept in touch with Bernard, but we didn’t know how else to react when Bernard in his grief said to Mike that it wasn’t fair, that Mike should be gone not you. We know what he meant, we still understand how he felt, there are a lot of bad people out there who could have taken your place. Mike felt that it was best not to be a constant reminder of the unfairness of life so we stopped getting in contact. I’m not sure we did the right thing. 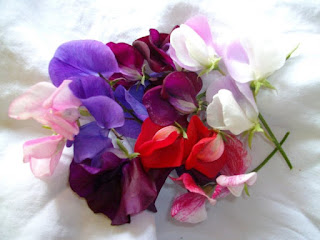