I only watched a few minutes of the Olympics’ Opening Ceremonies. I don’t even think they should televise the “Parade of Nations.” Come on, other than the athletes’ parents… who wants to watch that?? BUT… I happened to catch what may have been the best moment (at least, one of the best moments) of the entire Canadian- style extravaganza: Shane Koyczan reciting his poem about Canada, “We Are More.” 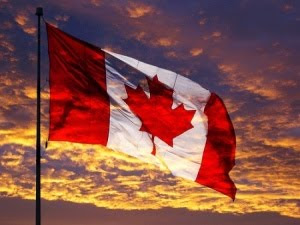 More, indeed. Somehow Canadians managed to become more genteel, more sophisticated, and more polite than their neighbors to the south. Their cities, at least the ones I’ve visited, have that European aura of cooperation and respect. And, of course, their government actually seems to work for its citizens, rather than its lobbyists. I won’t be watching much of the Olympics, but there is plenty to love about Canada. (Pretty much everything except the weather. You can’t have everything.)