Skip to content
I’m nervous. Cos I’m the left eye, you’re the right. Would it not be madness to fight?
We Come 1 – Faithless
I do wanna write. And I don’t. A lot to say. And nothing. I’ll try to avoid a long screed of whateversinmyhead, though it isn’t easy to get it in any better shape, right now.

<short>
Start with the easy bit: the facts. After dropping dramatically in the first month on daratumumab, my light chains then went up, and up again in the second. Just when it seemed clear things weren’t working, the count dropped again a couple of weeks ago, which may not be enough to class as good news, but certainly isn’t bad news. Honestly, no-one knows what this means. But alongside a bad bone marrow sample, the doctors tell me they think my ‘eloma is “static”, which is different from, and not as good as a “plateau” (but better than “progression”). We’re awaiting the result of another whole body MRI, which should show up exactly what’s there. It’s really going to have to serve as the “definitive” measure of where I am. Prepare for the outcome to be as equivocal as possible. In my experience, it usually is. Meanwhile, I feel really rather good, and my blood counts are almost normal. I’m not getting much fatigue (some acupuncture seems to have really helped). And the pain is OK, though it notably gets worse when my results are worse… and then better again when the results improve.

Depending on the severity uncovered by the MRI, we could be urgently seeking a new treatment… or not. And overall, I could still be heading for stem cell transplant or CAR-T. Indeed, one of the questions right now is whether having one has any bearing on whether I can subsequently have the other! Though unless we can get my disease under control, I may not be fit for any of them. Working my way through the drugs is not a good prognostic, lets be honest. I have never had – and do not want – any numerical estimate of my life expectancy. I always work on the basis that, at any moment, I’ve about a 50:50 change of still being here 5 years from now. But being in treatment, and the treatment not working well, must heighten the risks.

That’s the status update. One consequence is that, just when we thought we could make plans for the summer, we had to stop. The latest medical advice for travel plans is “wait a couple of weeks”, and “the timing might be better in 2 or 3 months”. I’ve been living with that, pretty much continuously, for years now. We wait a couple of weeks, but a couple of weeks never comes. As for the better times coming… I could be in the midst of a stem cell transplant in 3 months, for all any of us knows. It’s not easy.
</short>

<long>
What follows may or may not be helpful. Feel free to ignore me.

When I relapsed, I imagined a year of treatment, culminating in a transplant, and then a return to (relative) normal. But 18 months on, I’m not sure I’m any nearer to that. It’s forcing me to unpack a lot of my assumptions, which have been all jam-tomorrow, when I need jam-today. A string of failed treatments does a lot to focus the mind (and sap your faith). I’ve lived in this state of perpetual uncertainty for a long time now, and it’s not easy to convey what that’s like, to those who haven’t been there. If you have an hour and a half to spare, I’d recommend watching the BBC documentary “War in the blood”, (on iplayer until end of July – may not be accessible outside the UK). It gives a good introduction to “CAR-T” therapy – which is potentially where I’m headed. But more than that, the experiences of both the patients featured, and their nearests/dearests are much like mine. I found myself reading subtext in pretty much everything they said. Not easy watching though.

I am very grateful to a few people who give me the opportunity to talk while they listen, unencumbered by knowing me socially; notably my nurse, my counsellor and my Alexander teacher. I’m discovering some of my ways of rationalising are a long way from rational, not even healthy. One of my friends in myelomaville, Deb Gasgoyne recently wrote a piece on her feelings of Survivor Guilt. Reading it, I was reassured that I’m not the only one who has some rather perverse responses to my own predicament. What she wrote did a lot to jolt me in to facing up to some of my demons; to explore, explain and sort out some of what goes on in my head. I’m on a bit of a mission now to dump some of the unhealthy things I think. It’s not an easy process, but a constructive one.

I’m going to write some of it down, for the reasons I always do: I find it therapeutic (sunlight as antiseptic); it may help others in similar circumstances; and it might help people who know me understand me better. If you don’t want to read it, don’t!

A lot of it begins with contradictory thoughts: I might still be here in 10 years; but it might all be over by Christmas. Both these things are true, and I’ve struggled to deal with the constant stress. I accuse myself of making up a melodrama. And if I talk about it, I feel like I’m attention-seeking. After all, I might still be talking about it for years to come! I’ve been quite intolerant of myself. It’s become more and more of an issue as I’ve worked my way through treatment after treatment. I project my self-critical thoughts onto other people, which is neither helpful, nor fair. Do I really believe anyone else actually thinks I’m making it all up? Not really. The only real critic is me; beating myself up for being honest.

Plus I have a tendency to denigrate my own experience. My bones get measurably worse after a couple of bad light chain scores, and then I get a better result and the pain fades. I’ve always interpreted that as insincerity: psychosomatic, not real. But this presupposes an underlying objective level of pain, and pain simply isn’t like that. I’m going to write a separate piece specifically addressing pain. In terms of the sorting out of what’s in my head, the point is that I’m endeavouring to stop denying my own experience. Yes, it hurts more when times are tough. Pain is physical and psychological.

I hurt a rib a couple of weeks ago, playing football with the boys. I mentioned it to my Alexander teacher, adding some qualification the gist of which was that I wasn’t doing anything too dramatic when it happened. Her reaction made me question what I had said. Just what, exactly, in a bit of gentle father-son football would make me responsible for hurting my ribs? I know full well that if I threw myself heedlessly across the pitch, that’d be asking for trouble. I know I have limits. When we took the boys indoor skydiving, and indoor surfing, last weekend, I did not participate. But having limits isn’t the same as knowing where they are. I could try to steer well clear of my limits, but that would basically mean spending the rest of my life in an armchair. If I attempt to live any more than that I’m inevitably going to overshoot sometimes, and suffer for it in pain or fatigue. What I don’t need to be doing, when that happens, is carrying blame. I suspect the only person who really blames me, is me. But that’s enough. It needs to stop.

Another area where I need to cease blaming myself, is the impact that my illness has on anyone else. I’m not responsible for it. I can be sad, but I’m not sorry. It’s not my fault. Why does this matter? Well because it’s a short distance from being sorry to thinking people would be better off without me, or if I’d never been here. There have certainly been times, this last year, when I have felt like that. Those are the darkest thoughts of all. 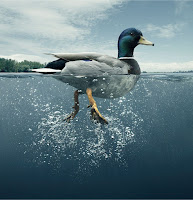 The other day I told my counsellor something to the effect that I’ve always felt like myeloma was sort of appropriate to me – complicated, a bit cryptic, heavy on the numbers. She gave me a very odd look. So much so that I’m already finding it hard to think I even believed what I said – but I know I did. I’ve always thought of my myeloma in those terms. As long ago as 2013 I wrote in dialm: “It is very in character, for me, to get a rare, complicated disease”. Of course, that’s nonsense. My experience of myeloma is filtered through the fact that it is happening to me. It is as it is because it is my experience (and other people experience their disease their own way). One quizzical look burst the bubble in my head. This “myeloma” thing is no more meaningful than random chance. It doesn’t have a personality. It is nothing more than a profoundly shitty software bug. I don’t think I’ve been mythologizing it, but any residual interest I had in it, beyond the practicalities for me, disappeared on the spot.

I don’t know how helpful any of that is for you as reader – its been difficult for me to articulate as writer. My physical condition is like the proverbial swimming duck: it might look calm on the surface, but it’s more turbulent underneath. My mental condition is similar. I’m grateful for feeling good and looking well, really I am, but I’m not deceived by it.
</long>