You can get streaming content from the likes of Netflix, Hulu Plus, HBO, Xfinity, Blockbuster, Amazon, and other outlets. I was thrilled by this –until I realized that most of what’s available for streaming is very old programming that people have either seen numerous times already, or are the B movies that no one can watch unless they’re highly medicated, prescription or otherwise. At least, that’s true with the available movies. Television shows do a little better, depending on the provider. Out of all of the choices, I am liking Xfinity the best because it gives me another way to get more for the money I pay to Comcast for television. If you subscribe to a channel, you can watch it on the go through streaming without further cost.  It lets you get at TV shows in addition to movies, allowing one to keep up with their favorites. Plus, you can get to those TV shows usually the day following or the week following their air dates. I just dumped my Netflix and Hulu accounts, choosing to save the $8 I was paying each but not using.

Then too, I found that I could not view a lot of the content I paid for on the Android tablet I bought specifically to watch streaming media while out of the house. The product description lured me in with promises of my favorite providers. However, when I got my Toshiba Thrive, I found out very quickly that changes had made it so that the likes of Netflix, Hulu and HBO were not viewable on the tablet, although my Android phone could still display them.  If I wanted to watch movies and TV on my phone, I would not have spent $500 to buy an Android tablet. Turns out that the later versions of the Android system did not support the streaming format, and so virtually all tablets were left adrift. Until someone comes out with add-on support for the streaming format, tablets are stuck as mere web browsers. While you can see some shows via HTML, they will be festooned with advertisements and won’t be the comparatively smooth and clear play of a stream.  More annoying yet, the makers of the tablets are content to sit on their haunches to wait for someone to create a new medium for the tablets, rather than taking the bull by the horns to provide the content they promised.

Long story short, I just killed off my Netflix and Hulu accounts. No reason to pay for programming I can’t watch. Then too, Netflix just ticked off the majority of its customers with a 100% price hike, setting their streaming and DVD rentals apart from one another and charging $8 per month each for streaming and for DVD rental. Customers are leaving the services in droves, because the people using Netflix were getting to see newer content via DVD and filling in time between movies by streaming from the selection of very old content.  When they divided the system, they offended literally their entire customer base. A look at the Netflix blog requires just a glance to see that every message from customers is filled with vitriol. Everyone is ticked off and showing it by removing their accounts. It was a stupid thing for Netflix to do, and is an obvious ploy to double their income while providing absolutely nothing in return. Most people might be foolish at times, but they’re not stupid –or as stupid as Netflix believed. We’ll see what happens to the corporation from here, but hopefully it will die a gruesome death that will be an object lesson for the profiteers in competing companies.

I have to admit that I think the rental prices for streamed movies (outside of Xfinity, which allows streaming of channels you’ve subscribed to) is way too high. I figure a movie streamed is worth a couple of bucks, but not $5 or more.  It would be a different story if one was able to keep the movies and watch it again and again for the rest of their lives. But this is truly discardable material and not worth what a lot of companies charge. That’s why I am enamored of Xfinity. I figure that it makes the price of subscribing to a movie channel a little more tolerable when I can see the shows I like on the fly. But there are bugaboos in Xfinity as well. It is merely a portal into the realms of the streaming offered by the various providers like HBO, Starz and Cinemax. The problem being, of course, that they use the streaming format not supported by the later Android tablet devices. So when it comes down to it, there is really no solution to the tablet foible –and won’t be until someone comes up with a way for Android to support the streaming.

If you want to be fanatical, you could buy an account with PlayOn, which is a method to allow you to share content downloaded to your PC with a mobile device. But this only works on your private in-home network. You can’t take your tablet on the road and get the same service over the Internet. At least, not without having serious network engineering knowledge and getting into stuff like firewall exceptions, DMZs and port forwarding.  If you don’t know what any of that means, join the club. Most people don’t. Also, PlayOn doesn’t offer their service for free, it costs about $80 a year for the privilege of seeing your computer pass your content from the PC to the home network. It is also a serious cost for bandwidth as the content is first streamed to the PC and then streamed again to the local network. Most home connections to the Internet will sag badly from this kind of volume, so even if you pay the $80, you still might not be too pleased with the result.

It’s funny. When streaming first started getting popular, I figured that it would be the insertion of advertising that would take the fun and pleasure out of mobile watching. But I was wrong. That stuff is still on the way, but right now it’s harder to get something streamed at all, commercials or not. Our smartphones are, with their older versions of Android, more capable of streaming than the tablets and devices made specifically for streamed content. If you’re happy with a two and a half inch screen, then you’re in luck. But for those of us who prefer something greater than postage stamp sized screens, our luck is waning. With the thrust of computing gone mobile the way it has, it seems foolish for the marketplace to be so scattered and convoluted. Were I the CEO of a content company, I would be driving a development team to get that content out to the widest possible customer base. That means a serious focus on mobile devices, almost to the exclusion of phones and actual televisions. Home PCs, tablets and Internet devices would be my primary focus –so that I could reach the majority of potential clients and also be clearly positioned for the future. And mobile is the future. Period.

Note: here’s a link to a USA Today article on media providers.

Our Colts pranced all the way to the Superbowl only to get whupped, and whupped hard. I’m not a rabid fan, and I don’t mind losing, but boy, it honks me to lose to a team called The Saints. First of all, with a name like that, shouldn’t they win every freakin’ game? And I know they were named before the Age of Political Correctness, but I’m sort of surprised the name has lasted this long. Sour grapes aside, there’s no question that they played the better game and deserved the win. It was nice, though, just to get that far and make it to the SuperBowl. 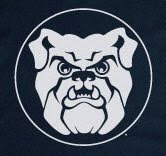 Another local team is getting some notice. The Butler University Bulldogs have won 12 in a row. In fact (I’m sure someone will correct me if I’m wrong), I believe they’ve made it to the Sweet 16 the last few years. I’ve got a soft spot for the team and the school – it’s Dad’s Alma Mater and the site of Mom & Dad’s meeting. So… Go Dogs!