For some light relief, let me share some of the challenges, joys and startling insights that I encountered while in Barcelona and Girona, in Spain for five days last week…

1. If I want to climb Girona‘s medieval city walls, despite a loss of one third of my lung function, I damn well will… just slowly and with lots of rest stops. It was worth it!

2. There’s really nothing quite like xurros amb xocolata (in Spanish: churros con chocolate), sat outside on a terrace in the wintery sunshine – Really! Nothing! Like it!

3. It is possible to be completely stuffed on pinchos/tapas… every day for four days… and still not have tried everything.

3a. Who needs sex when I got so damn close to an oral orgasm by eating – in particular, a Basque pintxo of the most succulent duck ever, with a thick sweet blueberry conserve? OMG! (at Zanpanzar, Girona)

4. In Catalunya, if you’re not sure of a woman’s name, there’s a very good chance it’ll be Montserrat. They’re everywhere!

5. Wandering around with eyes watering due to dry eye and blinded by bright sunshine, then losing a contact lens is not ideal in a visually exciting city.

6. Shopping is fun… in Barcelona… on steroids… Especially if you like distinctive fashion… and you have a generous birthday gift just gagging to be spent.

7. Steroids are definitely my drug of choice. You know… if and when the time comes… I think I’d prefer them to morphine. Just saying…

7a. Prednisolone has less dramatic effects than Dexamethosone. Nonetheless, I relished eating, smelling, hearing, seeing, tasting, touching – all sensory perception heightened and feeling high, if a little peculiar. I loved it!

“And I am feeling a little peculiar
And so I wake in the morning
And I step outside
And I take a deep breath and I get real high
And I scream at the top of my lungs
What’s going on?”

8. Gaudí is not the only amazing architect of his time in the region. How about Rafael Masó in Gerona and Lluís Domènech i Montaner in Barcelona? The Palau de la Música Catalana is truly awesome! But I still think Gaudí is my favourite.

9. In Catalunya, the sense of pride in the culture and region is fierce. I loved hearing Catalan everywhere, including the beautiful voice of a local soprano, Maite Mer, whose version of ‘The Answer is Blowing in the Wind’ [Escolta-ho en el vent] gave me chills and made me want to learn Catalan. Sadly, it isn’t available on YouTube, although I did buy a CD. But here she is singing Que Tinguem Sort [Lucky].

10. Feeling edgy and nervous about my future health, but not paying it no-never-mind for a few days certainly makes for a super-charged response to life. (The steroids undoubtedly play a part.)

In the last week I have been advised twice to wear ‘loose fitting clothes’ for my forthcoming outpatient procedures. My response to this has been simple, I do not own any.

Given my build, the fact that I do not own any loose fitting clothes may be surprising, but it is true. The loosest things I own are pyjamas and I will not be wearing these to the hospital. It is bad enough that I have to wear them for a month when I am in hospital. The receptionist kindly suggested that for my bone marrow biopsy, I wore jogging bottoms. My response to this was simple, it was, “do I look like I own jogging bottoms?”

People, by people, I mean the public are not going to judge an overweight cancer patient for dressing like a slob. For I would look like a slob; I definitely would not look like I was about to partake in some vigorous exercise. I would judge myself.

You can say what you want to say about my fashion sense, but it is mine. It is my amour. I realised early on into my journey, that my clothes are the one part of me that oozes my personality, when the drugs send my actual personality to sleep. My appearance has already been compromised because of My Myeloma and I will not compromise anymore.

It sounds ridiculous but I know that I can handle a Medically Trained Person sucking out my bone juices and then removing a bit of bone with what I imagine to be a smaller version of an apple corer, if I am confident. I will feel more confident if I have my slap on and I am wearing my tight clothes. I need my armour.

The jogging bottom does not my armour make.

If I have to do these things, I am doing them looking like one foxy hot mama. Albeit, potentially, with a cannula sticking out my groin. Suggestive. 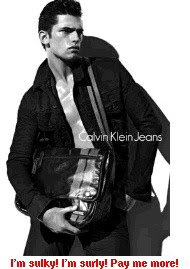 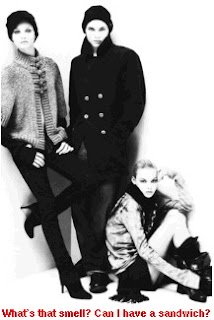