In a recent episode of the TV program House, the young patient was eventually diagnosed with Cushing’s Syndrome, and I noticed a similarity between some of her symptoms and some of mine. Wikipedia describes these symptoms which I do have in one degree or another:
Excess upper-body fat, but with normal arms and legs.
Thin skin with easy bruising.
Weakened muscles.
Some unmentionable symptoms.
Happily, there are many other classic symptoms that I do NOT have, though I have noticed some in other myeloma survivors:
Round, red, full face (moon face).
Skin infections.
Purple marks (striae) on the abdomen and elsewhere.
Backache.
Bone pain.
Fatty back deposits (buffalo hump).
Thinning of the bones.
Psychological disorders. Hmmm, well, I do keep running marathons ….

Cushing’s Syndrome can be caused by various disorders within the body, or by glucocorticoid drugs, such as dexamethasone (DEX). I have known for a long time that the DEX caused each of those symptoms, but never knew there was a name for the collection of them. Self-diagnosis is iffy, and maybe the doctors don’t actually call it Cushing’s syndrome with so few of the classic symptoms, but I like having a name for what DEX did to me.

Fortunately, my doctors understood the risk and administered only the lowest doses of DEX, decreasing, and finally took me off DEX entirely, so the symptoms are quite tolerable. “Everything works better with DEX,” and the combination of pomalidomide and DEX did the job, so eight years after diagnosis I’m still quite alive and the myeloma is stable on just pomalidomide. I have no complaints and no regrets.

I’m greedy about my health, though, and with the DEX gone I would like to get back into shape. I watched my marathon finish times climb by more than an hour in the 21 months of DEX treatment, and I believe that is due to muscle loss and to the accumulation of upper-body fat. Now, 17 months after the completion of that treatment, I have yet to see any real improvement in race times. Something has to be done:
First, get serious about weight loss. I won’t know whether the upper-body fat can be removed unless I actually do lose some significant weight, say 10 – 15 pounds. Weight Watchers works – I’ll start journaling again;
Next, see a physical therapist and maybe a trainer about the little injuries like runners’ knee that have been keeping me from some of the more-serious runner training necessary to build speed. The first therapist appointment is already made; and
Finally, visit my naturopathic doctor Helen Healy to discuss this and perhaps review the supplements I’m taking. 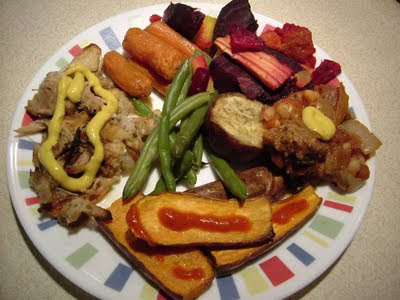