So I’m going to see the New Kids on the Block and Backstreet Boys NEXT MONTH, people! Actually, they’re now officially called NKOTBSB, which I realize would technically translate to “New Kids on the Backstreet Boys”, but I think those of us who love them are choosing to ignore that.
Anyway, I’m realizing that the concert is NEXT MONTH, and I still know nothing about the Backstreet Boys. I found the set list for the concert online, and I didn’t recognize half of the Backstreet Boys’ songs. It was only a few months ago that I discovered that two of their songs — the one that goes “Back … street’s … back … all right!” and then the one that goes, “All you people, can’t you see, can’t you see …” — were not, in fact, the exact same song.
I don’t even know the names of the individual Backstreet Boys. My friend Abigail said, “Isn’t one of them named Howie?”
HA HA HA! Right! “Howie”! That’s funny!!
It turns out that one of them is, indeed, named “Howie.” This guy: 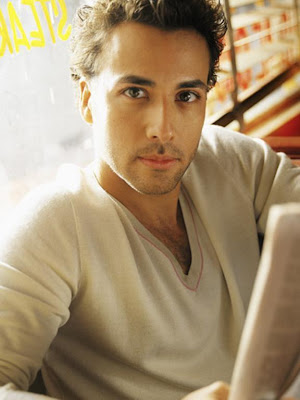 In his defense, he doesn’t look like a Howie. And I guess he’s now my favorite Backstreet Boy since he’s the only one whose name I know. At least I’ll be able to scream, “HOOOOWIE!” and blend in with the crowd.
My goal for the next six weeks is to learn the names of all of the Backstreet Boys. It’s going to be rough, but I think I can do it.