The wind was out of the southeast at 15 knots and running against the current, kicked up five foot rollers that occasionally broke as whitecaps. My eighteen foot Boston Whaler rode high and offered a roller coaster ride as it cut along at a slow cruise. The Mercury-Kiekhaefer outboard burbled smoothly, a reassuring noise out in the expanse of Long Island Sound.  I was on the New York side of the Sound, about a mile north of Oyster Bay, cruising toward the Atlantic and Northport just beyond the Target Rock National Park and Refuge. I was planning to meet a friend at Huntington Bay. It was late in July and we’d been enjoying some excellent weather, sunny days in the mid to high eighties, with bright blue skies dotted with pure white cumulus picture clouds whose shadows raced across the dark green water to hide and reveal the light faeries that danced across the always moving water surface. 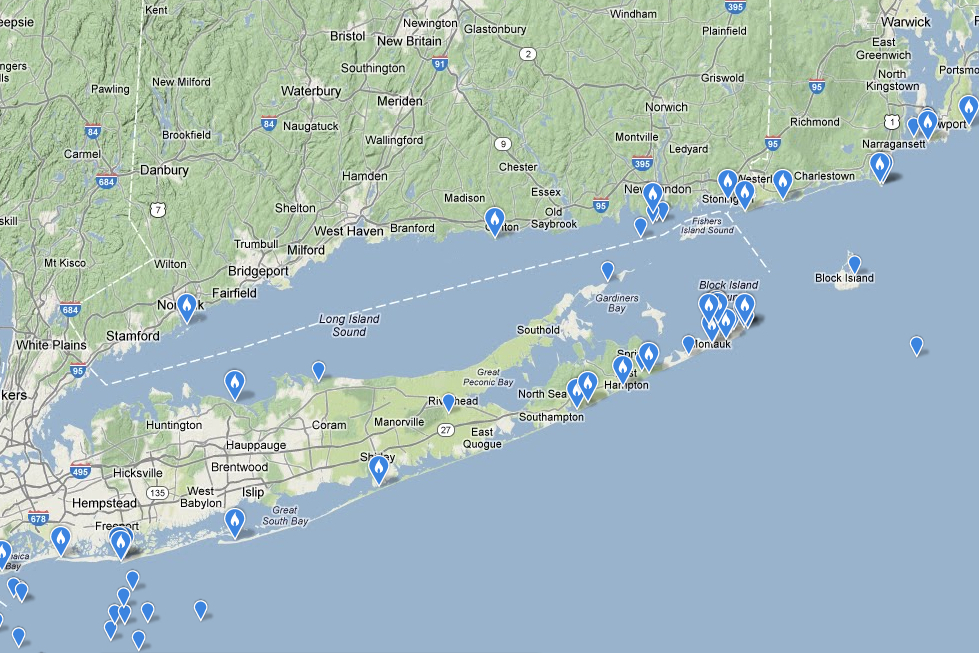 A large barge being pushed by an ocean going tug was running parallel to Long Island, loaded with refuse from Manhattan. The garbage scows were almost as common as lobster boats and trawlers that moored in the many bays supporting fishing villages. The Sound was the epitome of New England and I adored it. I felt totally at home out on the water, even when the squalls would build from nowhere and throw darkness pierced by lightning through the heavy winds that blew gallon on gallon of water stripped from the wave tops. The Whaler was unsinkable, so claimed the manufacturers. They were forever cutting their boats up with chainsaws at boat shows to prove it. It was at one of these shows at Madison Square Garden that convinced my dad that this was the boat for me. I got it in trade for a go kart that was confiscated when my mother discovered it was capable of speeds over 70 miles an hour. this was proven by a Darien, Connecticut police officer who had chased me and my buzz bomb through the private roads of the private Tokeneke area of town. When my kart was summarily snatched and sold back to the local dealer it came from, I spent four weeks sulking in my room and giving taciturn single word replies to any attempt to engage me in conversation. My father decided that I should have a vehicle to replace the kart and being a Navy family, he decided a boat would build my character, self confidence and impart a love for the sea that might funnel me into a naval career of my ow, following in the family footsteps of four generations.

I made it a point to never let them discover that the boat was able to move at 60 knots with a wide open throttle, having learned my lesson with the go kart. It took a full season for me to seemingly prove my responsible operation of the craft, and so the restrictions on its operation had been summed into a trust that I would apply reasonable common sense and genetic naval savvy to my use of the boat. Plus that, from the moment it was launched from Jenkin’s Boat Yard on Five Mile River, I was out of sight, out of mind, the perfect child for busy socialite parents working their way up the societal ladders. This is another way of saying that I was raised with a silver spoon firmly lodged in my rectal area; my family was, unlike the way I turned out, rather well to do. We lived in a sprawling colonial manse that sat atop a 30 foot cliff at the edge of the sound, our own private beach and two, count ‘em two, country clubs at our neighborly disposal. There was the Tokeneke and Wee Burn clubs that guarded our property like twin library lion sculptures. Our unobstructed vide of the water perfectly framed Greens Ledge Lighthouse and on clear day, Oyster Bay across the Sound on the New York side. I actually water skied from our beach t Oyster bad back, towed by the family’s 22 foot Henry Lures Sea Skiff one day, a solid four and a half hour trip that left my fingers cramped to the tow bar so tightly that my dad had to pry them loose one at a time. But I had succeeded and became a legend (within the family) for such an athletic feat.

But back to the summer day. I noted that the huge barge was leaving a wake that soard as high as twelve feet close to the barge and gave thought to jumping th wake with my Whaler. I elected against it, recalling the last time I jumped the wake of a tramp steamer my boat had nose dived into the water on landing, totally swamping it and sending off the spare paddles, water skis and cushions to become flotsam while my anchor, a gas tank and my fishing dear were donated to Davy jones locker. A real suck-o-rama. I was able to get home under my own steam, the boat finally bailed dry by the time I reached the friendly Connecticut shore, and had to wait for a birthday in order to have my losses made up by generous family members. So I chose to cruise along side the massive barge and just watch the other sport craft toy with the the hge wake left behind the lumbering and smelly barge.

A small ski boat driven by a teenager accompanied by a girl friend cruised out to the barge. He was taking advantage of the bow wake of the barge for some fun. My mind went back to my bad experience as I watched him prepare by approaching the large rolling wake perpendicular to it. Crossing the wake threw his boat into the air and it would come down with a whump. He had to turn immediately or run into the barge. I moved off to get out of his way, but was enjoying watching him jump his boat while also thinking that no good could come from his effort. On the fifth or sixth pass, the front of his boat caught the air and tilted radically nose up, the boat almost going vertical. When it struck the water it bucked  hard enough it unseated the young guy and toss him into the water arms and legs flailing akimbo. The girl seemed to freeze with the shock of seeing her friend fly into the water and snapped to just before the boat collided with the barge. The tug leaned on its horn, bellowing an angry note that carried for miles as she grabbed and spun the wheel at the very last moment, veering off. She cut back across the wake, still at high throttle and for a second I thought she was going to run over her friend. She missed him by about two feet.

She scooted behind the wheel and pulled back on the throttle, looking backwards trying to see where her friend was. I realized she would broadside me and so I opened my throttle and moved ahead just in time. She crossed my wake no more than ten feet behind my whaler. When she spotted me, I could see the surprise on her face with the realization that she’d almost had another collision.  I throttled back to idle and sat there, a bit annoyed yet relieved that everyone and both boats were unharmed. She spun the ski boat around and moved back to pick up her friend. He climbed into the ski boat and sat down, leaning forward with his head hanging down. He was the picture of defeat. I was waiting for her to say something, like yell “sorry!” or something, but neither of them acknowledged either me or the tug –whose captain was on a bridge wing platform hollering, no doubt giving the teens what for. I was going to add my own rebuke until I remembered that I’d been guilty of exactly the same sport. I’d learned a strong lesson from it and I hoped that they would take the hint their luck had kindly given them.

I opened my throttle and made for Northport and met my friend. We spent the afternoon fishing for cod and flounder while we excitedly discussed the amazing almost wreck I’d experienced. We didn’t catch any cod but bottom fishing produced three flounder as we recounted the ways the pair could have been killed. Impacting the barge at speed would do it, as would being run over by the barge or its tug. They could have drowned or been chopped into chum by the tug’s huge fan propeller. It occurred to me only later as I talked about it that neither the guy or girl was wearing a life jacket. It was a firm rule that I had to wear a ski vest at all times I was on the water –and the penalty of failure was the loss of the boat. I was religious about wearing my vest as a result. While it kept me safe, it moderated my tan so that without the vest on, it looked like I was wearing one anyway. The years I lived by the Sound, at the end of each summer I would be almond colored with my brown hair almost blonde. There’s no way better to tan up than spending hours on the water.