January 23-24 2013: Was bothered with a headache and did do much other than get the mail and work on my medical deductions for my taxes. Increased my water intake for the headache and took plain Tylenol. We have been having HIGH WINDS and freezing temperatures of late, so I couldn’t walk Kemmer.

January 25 2013: I’ve had somewhat more energy today – either that or I JUST WANT TO HAVE MORE ENERGY. I ran the Denver Marathon (26.2 miles in 4 hours 32 minutes) when I was younger and I’ve always said, being active is more than 90 percent mental and the rest physical – you do what you THINK you’ll do. I walked Kemmer today 0.54 miles for the first time in eons. It was bright and sunny – good for my Vitamin D. 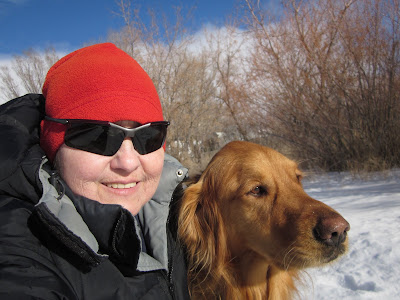 January 26 2013: New snow here in Mackay overtime and all clouded over. Looking up Mackay Main Street toward the Lost River Range. 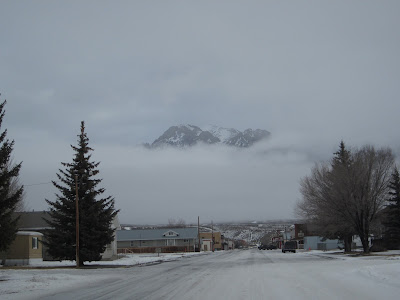 January 27 2013: Walked Kemmer 0.82 miles this afternoon to and from my father’s house here in town. We just strolled along, but it was great to be out and about. 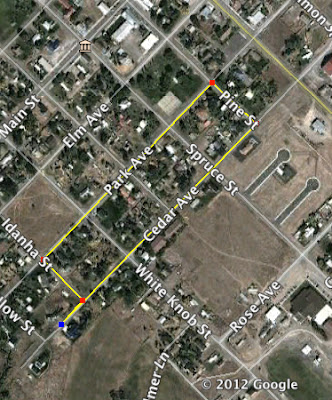 January 28 2013: Walked Kemmer to the Big Lost River Smelter Bridge (1.28 miles) this afternoon. She loves this walk. It is great to be a leash-less dog here. 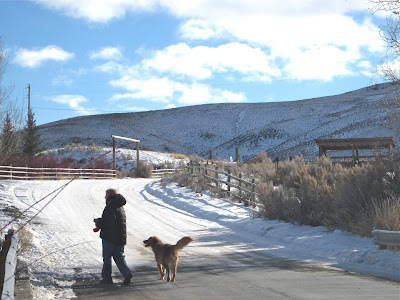 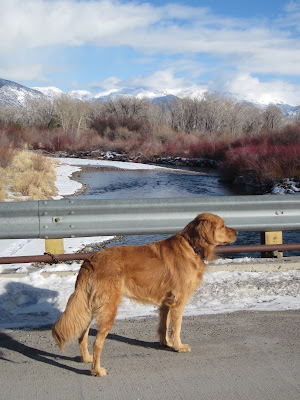 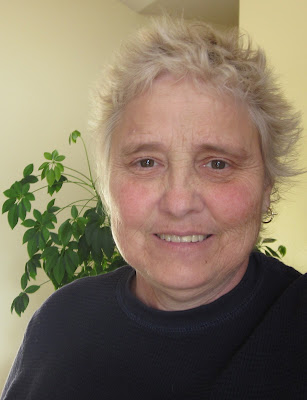 January 29 2013: Snowing again in Mackay – still working on those medical deductions for my taxes – could be my lifetime achievement award if I ever get them done. I shoveled snow at my father’s house and used the snowblower at my house. It was a good workout for me and had a nice nadir afterwards. Looking up Highway 93 North from Mackay Main Street.