My hopes for a steady recovery after finishing treatment in August were postponed for a while.  September started off great. Tabitha turned one.  We had a birthday party at the park.  Tabi was the entertainment as we watched her enjoy her very own birthday cake. 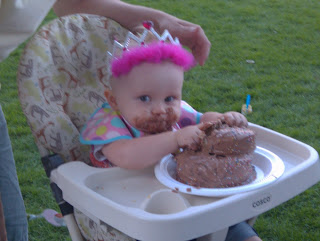 My little grandaughter is now toddling(walking) around the house and keeping her teenage uncles busy keeping her out of trouble as she explores our home.
What sunshine she brings to my life!
Mid September brought some challenges that had me sliding down this mountain I’ve been climbing.  I even had to put on my extra bracelet for the climb. 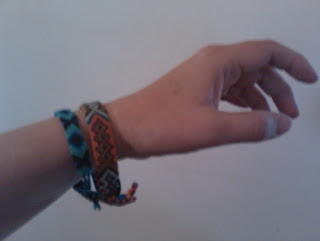 I’ve explained about my “couragelet” before but can’t find the post.
( ker-age-lets, yes I made up that word!)
I was given my first “couragelet by a Peruvian woman in a village where I was staying with my daughter.  We spent two weeks in Peru with a humanitarian project.   I wore  the bracelet when I climbed Macchu Pichu and have worn others like them from Peru since I began my mm mountain climb.

After several regular visits to my oncologist, the P.A. (physicians assistant) noticed some increased numbers having to do with liver function.  She suggested that I have an ultrasound.  The results came back positive for ……….”Non-alcoholic fatty liver disease.”  Probably caused by steriods…  definitely not alcohol since I have never drank any. (somehow that seems funny to me.  There has got to be a joke in there somewhere!)   After the initial panic, my internet research suggests that this is pretty common, rarely shows any symptoms, and can sometimes be cured through diet and exercise.  I have an appointment with a GI specialist in November to figure it all out.  Until then I’m putting it on the back plate.


Well my friends those steriods haven’t finished with me yet!  Around mid September, I started to notice my stomach aching after I ate and really hurt if I drank pop. It began to worsen until I was feeling nauseous all the time. I visited my oncologist several times.  I went to the hospital infusion room twice for IV fluids and zofran-an anti-nausea medicine.  It just did not seem to work!  I was having more nausea and vomiting more than when I was on chemo!  something was wrong and I was getting very discouraged! Finally the Dr. suggested I get a scope.


On Tuesday the 18th, I went in for an endoscopy procedure where they sedated me then put a scope down my esophagus and to the stomach looking for anything unusual.  Strangely I was worried if they found something and also worried if they didn’t.  At that point after being sick and tired of being sick and tired, I just wanted to get some meds to knock me out and keep me under as long as possible.


Well before I could count backwards from ten to seven, it was over.  The doctor -who was an hour late starting! and trying to catch up, came in when I woke up with the news that I now have an ulcer at the bottom of my esophagus  probably due to…..steriods!  ugh!!  He quickly wrote me out a presciption for omeprazole and he was out the door. I have been on this med. for three years but quit in early September after Dr. Tricot told me I didn’t need it anymore.  Huh? What?!!.  Dexamethasone strikes again!


So now I had an answer but that still did not make me feel any better physically.  Luckily, on Friday I had an appointment with my own medical detective.  Dr. Jane is an oncologist who specializes in pain management and medication side effects.  She thoroughly went through all of my meds and symptoms.  Some I have and some I didn’t know I have.  She worked her magic, changed some meds,  and said that she could help me feel better.  I wanted to run over and hug her!!  It will take about 6weeks to heal this ulcer.  I should start feeling better much sooner. I’m also hoping be able to get rid of some of the pain and neuropathy too.


So thats where I’ve been the last couple months and here’s what I’ve learned:
1. I need to go to a GI because I have NAFSand GERD from an ULCER which I got from DEX and RXs for treatment for MM.
2. Being sick without knowing why has been tough.  I’m trying to be tougher.
3. Being physically sick is hard on the soul.  I’ve been doing a lot of soul searching.
4. The most important things in life aren’t things.  They are my faith and my family and a good husband who brings me yogurt smoothies, black licorice, and back rubs whenever I need them!   Thank-You!