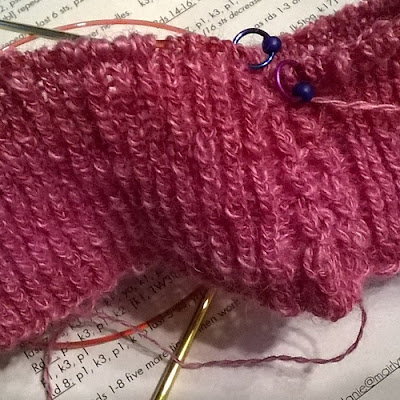 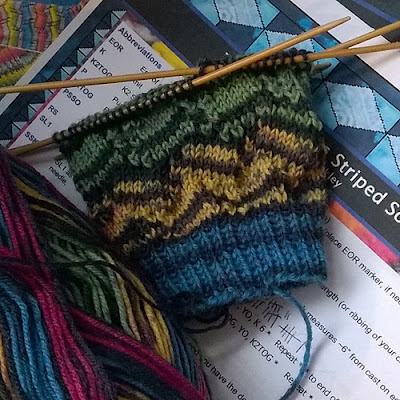 Today has been ok so far.  He managed a scarily dark pee into a bucket before he got up, and had a couple of spoons of rice for breakfast.
We discussed the events of the night before and he agreed with me that we can’t go on like this.
He was still awake when I came back from walking the dog, but fell asleep at about 11am and is still spark out now (6pm).

I have been knitting.

I just have to hope that I can get some sense out of someone tomorrow.