Skip to content
My SPEP results came today for 22 Jan 2013. My M-Spike continues at 0.4 (norm zero). The M-Spike remains unchanged from 20 Dec 2012 when it was 0.4 too. However, Clay Smith, MD at UCH doesn’t put much stock in my M-Spike values since I am non-secretory or hypo-secretory, but I think my M-Spike is somewhat reflective of my bone marrow plasma cell percentage. For example, an M-Spike of 0.59 equated to 60 percent plasma cells in my bone marrow, while an M-Spike of 0.4 equated to a 40 percent plasma cells in the past. 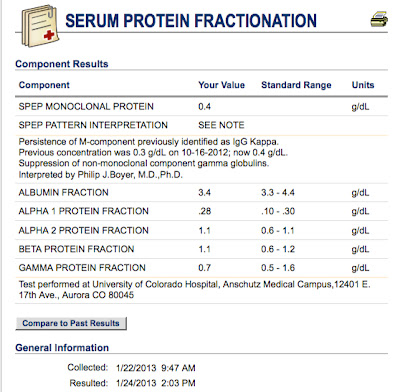 My free light chains are difficult to interpret since I am non-secretory or hypo-secretory. 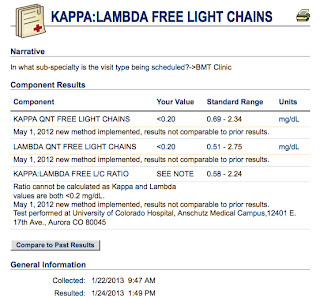 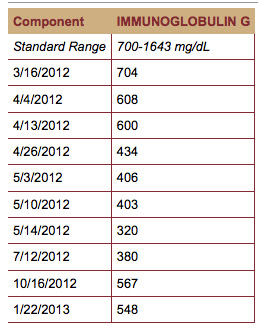 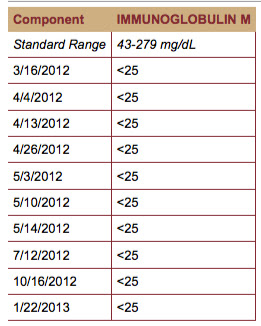 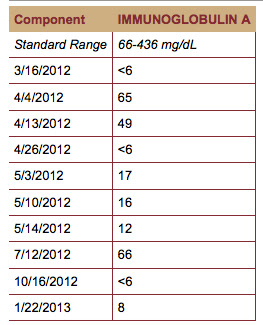