It’s a long time since I talked about what I have been reading.

That’s because I haven’t been having a very happy literary experience over the past few months.

So I don’t have any real recommendations to make, not even “Avoid this book at all costs!” It’s all just been a bit low-key.

However… I think there’s value in the dissection.

So what have I been reading?

After The Night Circus, I decided to read the entire Dance to the Music of Time series. That link is just to Volume One, Spring.  Invitation to roll on the floor laughing at me: I managed about 100 pages of Volume One before I decided I had to just stop. Tracey Thorn may well be planning to write her PhD about this literary edifice, but I am not she and I failed to make headway. I can’t quite explain my problem with it. I floundered after the initial scenes of a chubby boy running through the fog. Will he become a spy in later life? Maybe. But that suggests an emerging plot and I am not convinced it is the sort of series to have an actual plot. Do I care about the characters? Probably not. Sorry. 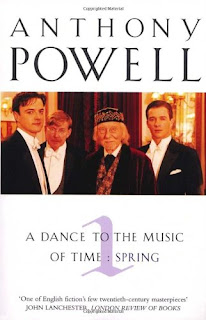 Then I tried Great House. I had some moments of connection with the characters, but mostly I was trying to fathom the identity of each narrative voice and piece it all together in my head, and I failed. I read the whole thing but it took me far too long.  Two failures one after the other! 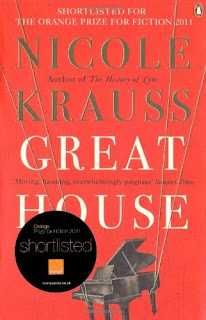 So I went for an easy read and demolished Starting Now, which was, you know, friendly enough, if irritating. I wanted it to be more about knitting. I found the main character profoundly annoying – if she was such a hot shot lawyer, surely she had the intelligence to think of doing freelance work without waiting for a man to tell her? No wonder she lost her job if she was that dim-witted! Ahem. A pleasant enough interlude, but don’t buy a copy. 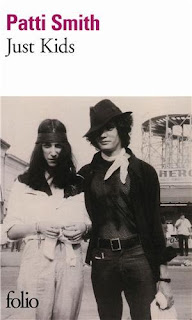 I had great hopes for Just Kids by Patti Smith. I thought it was going to be all about Robert Mapplethorpe, but really it was about Patti Smith. I lasted about 30 pages before I lost patience. I wanted to like her, but her drug-addled self-absorption was too much for me. Just no. 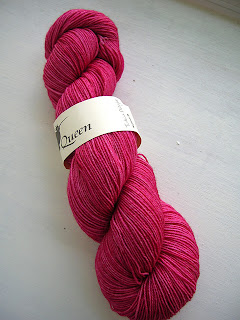 I have just finished The Unlikely Pilgrimage of Harold Fry. This is another Skein Queen Yarn Club reading recommendation. The inspired yarn is gorgeous: Turkish Delight in a high-twist Squash sock base: completely delicious. To be treasured in a pair of Rachel Coopey socks, I am certain. But the book? I was rather taken with it in the beginning. I was struck by some of the swift-penned characterisation. Maureen is “Regal, yet squashed, Just like her mother.” Oh my word. That’s good writing! But the subject matter (elderly man walks from Devon to Berwick to save the life of an old friend who is in a hospice, dying of cancer) was entirely too painful. It is a book that is brimful of loss and pain and unhappy humanity and I was crying out for relief by the end. It made me angry and sad and frustrated. You should probably read it. Sigh. 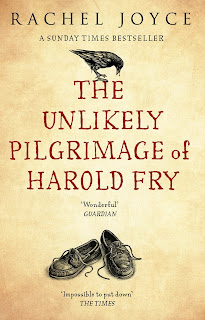 So what’s next? I actually have no idea. I have queued a whole list of books at the local library but the last two I collected were both vegan cookbooks. The Vegan Baker looks promising, but I have been trying to eat more healthily so cake is not top of my agenda. Vegan Sandwiches Save The Day is immensely inspiring but depends on access to squeakily-fresh fruit and veg and artisan bread. Yes, I know I used to make my own bread and grow my own vegetables. But these days I mostly buy “reduced” items at M&S and stock up on tinned staples at Lidl. Shiny farm-fresh produce? Hard to find in these parts, even though I live on a farm. Oh dear. Wake up, Roo!

Have you any reading recommendations?  Extra points for likeable characters!