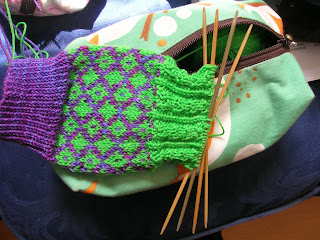 Oh lordy lordy here we go again!
Back at the hospital today to see the Consultant (aka Big Cheese).
She gave my dear FL a challenging mental and physical workout to get to the root of how he has been feeling / what might be going on in his body.  She believes he has a lot more strength in his legs than he demonstrates while walking.  No more shuffling, FL!  Stand up straight, man!
She did not share the results of the blood tests from last time, other than to say that his body does not seem to be making red blood cells as it should.  This could be due to the effects of Myeloma, or a side-effect of Revlimid.
In her words, they have decided to “interrupt his treatment” while investigating the possibilities.  So she ordered a Bone Marrow Test (BMT) and “a telescope up to his bowels” (that’s what she said,  but I know there is a proper medical term for this!)
He was to come back at 2pm today for the BMT, so we drove home for a rest.  However, after a half-hour wait at 2pm, he was told they had forgotten he was on Warfarin.  So he has to go back on Thursday instead, after discontinuing the anti-clotting agent.  They weren’t going to risk him bleeding to death on the consulting couch!  Fair enough.
He has another appointment with the Consultant in two weeks’ time, by which time they will have the Freelite back from Birmingham and the BMT results.  The bowel appointment will come in the post.
That’s all we know.
This is why I knit socks.