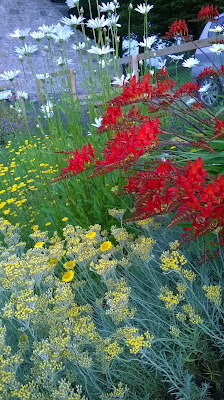 This is one for the Myeloma fans.
If you do not have a taste for blood, come back another day when I will have some sewing and / or knitting for you.
Enjoy the photos of my garden and scoot past the words :) 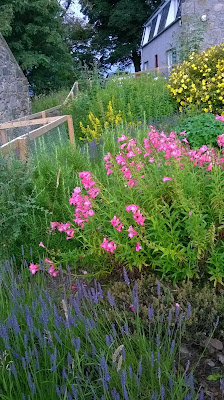 It was FL’s regular appointment at the hospital yesterday.
Last month they ordered scans of his heart and lungs, but neither appointment has come through yet due to the length of the queue.
Meantime, he has been very tired and in significant pain and has not left the house unless I have been there to escort him out into the garden.
He spends his days sleeping until I come home from work.
If the farm labourer is around he sticks a “Do Not Disturb” sign on the door.
He complains that the news readers on tv are no longer speaking sense (he may have a point…) 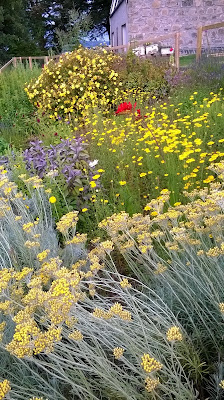 Yesterday we saw a Clinical Fellow – a job title which makes me laugh. Very PG Wodehouse!  I wonder if one has to enjoy playing cricket and boating on the river to be a “Fellow”?!
He was a Very Fine Fellow indeed :)
Concentrate Roo!

This Fellow was clearly familiar with FL’s file, even though we had not seen him for about 7 years.
He listened to what FL was saying about his symptoms over the past few months, and decided to do a back to basics set of tests – blood pressure, heart rate, oxygen levels.  He sent FL for a couple of chest x rays – to assess the state of his ribcage and his lungs.  And he ordered a ct scan of the same area, as the queue for ct scans is shorter than the queue for mri scans.  That should happen next week sometime.

The x ray request said that FL had “increasing SOBOE”, which I had to google.  It stands for “Symptoms Of Breathlessness On Exertion”.  Who knew?!  I love a good acronym :)

But probably the most important thing the Fellow told us was the result of FL’s last Freelite test – the measure of his Myeloma.
The basic number is now at 200 (July blood).  It was 129 in June and 148 in May.
That looks like an up and down picture until you look at the ratio between his kappa and his lambda light chains.  And the Consultant, you may recall, is all about The Ratio.
The ratio has gone from 17 to 19 to 24.
Ah.

As the Fellow said:  it looks as if we have to accept that the Pomalidomide is no longer useful.

However, we left the hospital with another (final?) month’s supply of the superdrug.  They also decided to try him on Gabapentin instead of Amitriptyline for the nerve pain. Because until the doctors have a clear picture of what is going on, they have nothing else to offer. 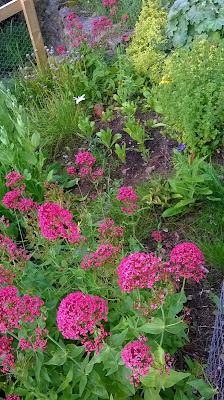 So there you have it.
Another month of waiting and sleeping and knitting and staying calm.
We got permission to rearrange the date of his interim blood test so that we can have a holiday on the West Coast.
Now that I can drive FL’s car I have no excuse not to put on my big girl pants and do a long drive.  At least there are no motorways to contend with.
I just have to find a dog-friendly holiday house with no stairs, a shrubbery and comfy cushions. 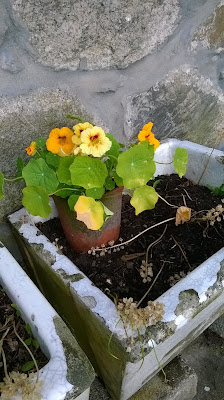