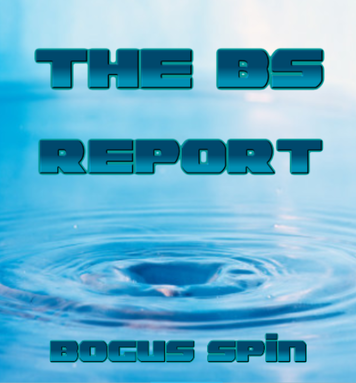 The major components of the new drug plans in the House focuses on Drug Pricing, and the Senate’s bill on pricing really does not even confront the Elephant in the room, which is the lack of negotiation of Medicare Drug Prices.  However, both bills have one thing which will improve ACCESS, which is the cap on out of pocket costs, the House at $2000 and the Senate at $3100.   So what is the Bogus Spin?  There are 3 major categories of BS (Bogus Spin)

I had planned to do a three part YouTube broadcast on these three elements, but everyone was focused on other government business(impeachment).  I think it is only logical to start this series after the holidays.  However, I believe I can outline some of the logic beforehand.

Most private and government insurance (eg. Medicare, Medicaid) base the copay at a percentage of the List Price, not the Negotiated Price.  If the negotiated price goes down by 50% the list remains the same so the copay does not change one bit!  Copay must be changed to a percent of  net  pricing.

The Insurance companies increase the copay % as the price of the drug goes up.  They call it Tiers, and I think they need to change the spelling to TEARS.  Tier 1 (preferred generic drugs)has a very reasonable copay of $5 to $15 per prescription, but in higher cost drugs in Tier 4 and the Specialty Drug Tier it is 25 to 33%  For cancer drugs this can represent $3000 to $5000 per month. I have myeloma and the one drug which is used in most all treatment regimens is Revlimid, at an out of pocket cost of $14,000 per year.  See the graph below. 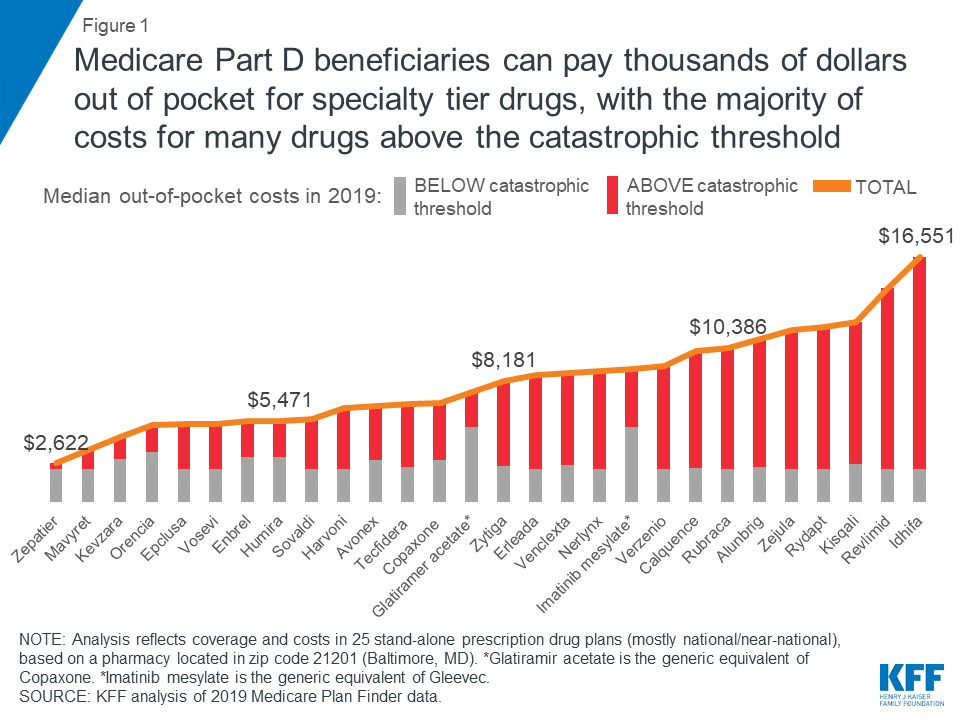 TAffordable is a major key to this entire argument.  Is it affordable to all Americans?  I say that is so much BS(Bogus Spin).  It is not affordable to most seniors, nor the middle class, the needy, and minorities.  Let me just talk for a minute about very sick seniors!  The ones with heart disease or cancer.  The number 1 and 2 killer of Americans.  According to the Kaiser Family Foundation the average income of a Medicare Beneficiary was $26,200 in 2016.  To be covered for the 20% copay of Part A & B, they would need to have Part G or F as well, and include Part D for drugs.  Cost for these insurance premiums is $5000 each year and with one drug like Revlimid at a copay of $14000, it comes to a total of $19000.  This is the equivalent to Senior Genocide, but with all cancers a slow agonizing death. Over 600,000 Americans die of Cancer each year!  Just for comparative purposes this contrasts to the costliest war in US history, the Civil War, where 620,000 soldiers died over a period of 4 years.

New Drug innovation will be stifled if Medicare negotiates price.

If you were provided a free lunch everyday and it was excellent food, why on earth would you pay for your own?   Not having to negotiate price is the “ART OF THE NO DEAL”.   Drug companies must negotiate prices with all major industrialized nations, and private insurance companies and PBM’s(Pharmacy Benefit Managers), but for everything they lose in these negotiations can be made up by just raising list prices which Medicare will pay by law!

The NHS provides billions of dollar to fund the development of new drugs, and academic institutions provide basic research for drug development.  Frequently, this work is then developed by very small companies which do not have the capital to spend the billions to get FDA approval.  If they have a great idea, they usually are purchased or license  the drug to a large drug company, which has the funding to bring it to market.  The two blockbuster myeloma drugs, Thalidomide/Revlimid(Celgene)and  Velcade(Takeda) were developed by very small companies. Celgene was very small when it licensed the use of Thalidomide from Rockefeller University, and Velcade was first developed by a small biotech ProScript to treat muscle weakness and muscle loss associated with AIDS and muscular dystrophy and ultimately was purchased by Takeda.

To me the biggest barrier to new drug development is the lack of protections for small bio tech firms which have become the target of Illegal and criminal stock market manipulation.  Small companies can easily be forced into bankruptcy by Capital Vultures who have found easy prey in small and vulnerable biotech firms.  Many companies have been devalued by as much as 99% in just 5 years.  How many life saving drugs have not made it to market because of these heartless and morally bankrupt animals who feed off the dead and dying?  I explain this in a 3 part series and you can read it if you CLICK HERE.  Two prior blog posts on this major problem are as below, just click on either of the following story headings.

What If The New Cancer Drug Pipeline Runs Dry? No New Cancer Drugs! Patients DIE!
The Proof Capital Vultures Are Destroying Baby Bio Tech Companies Before They Have Time To Create New Drugs!

The USA has the BEST health care system MONEY CAN BUY.

This one is very hard to argue with unless we look at the definition of the word BEST.    If best is the one where you can get the best care in the world only IF you have all the money in the world, then it is hard to argue against this statement.  If best is defined by any other measure, best life expectancy, care for all citizens, care for the elderly and needy, most cost effective per citizen, non discriminatory, lowest infant mortality, ad infinitum, then we have a very long way to go.

Each of these points will be discussed in my 3 part YouTube webcast titled “The Bogus Spin Report” or in short “The BS Report”. Good luck and God Bless your Cancer Journey/ editor@myelomasurvival.com