After the usual tests, plus a bunch more, it became clear that my new immune system can no longer contain the cancer. The speed with which my markers are deteriorating is frightening. The cancer (FLCs) jumped by a factor of 1.7 in one month and is accelerating. Pain from neuropathy is also worsening: I needed only one Vicodin 5/500 a day for pain, but now I need up to three. And if that weren’t enough, I’m losing the sight in my right eye due to myeloma light chains attacking the right optic nerve (which isn’t brain cancer). I’m not even going to mention ED!

For those of you who understand lab tests, alkaline phosphatase is 195 (below 126 is normal), Beta-2 microglobulin is 4.5 (normal 1.7 or lower), and my IgA is low. Potassium is low, too.
The cancer is no longer under control; in fact, insofar as I can tell, it is not even being hampered in its exponential rise. In essence, the new immune system has “decided” that these malignant plasma cells must be normal and has stopped fighting them.
What does this mean? From survival charts I’ve put on the blog before, and after studying more recent data, it will be rare if I survive another six months. I am going to try once more to shove the Beast back into its cage, but the odds are against me this time. I’ll tell you what I’m doing a little later in this post.
I’ve written extensively on this blog about the End Game.  You’ve reached the end game for sure when your doctor says, “I’m sorry, there’s nothing more I can do for you: I will be calling hospice immediately.” Of course, if you’ve been awake and aware, you know it is coming, and from that time on, you’re in the End Game even if your doctor hasn’t yet said these hopeless words to you. You might be working on your bucket list long before you actually have reached the End Game, but it will in all probably change when you’ve passed the anticipation stage and are firmly in it as a player. 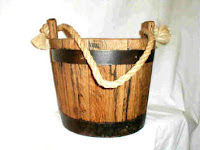 Of course I was delighted to put that subject behind me when I responded to the transplant in June 2010. Now I’ll have to take it up my Bucket List again and, perhaps, finish it. If you want to catch up with my musings on the subject, here is a good place to start. There are also a few posts about my Bucket List. This one too. In the next few weeks I’ll be revising my list and will post it, most likely, as My Final Bucket List, which may include the things that were on the list that I achieved or abandoned, as well as any new things. (I really should see the damned movie, but I can’t seem to get around to it. I have the idea.)

For a while, two weeks ago, I suffered from iatrogenic whiplash. My doctor swept in with a cheery, “Haven’t we cured you yet?” He was all for donor lymphocyte infusions, DLIs, which are direct infusions of the same cells that were collected from my young female donor for the June 2010 allogeneic transplant (NMA/RIC, or non-myelo-ablative reduced intensity conditioning allogeneic transplant). It appears that we have one bag of her cells we didn’t use, and that bag had the right number for a one-time infusion. These days, it is usual to give lymphocytes in periodic, escalated doses, so several bags are collected of just the right size. After the first dose is given, there’s a period of watching that may last months. When the effectiveness (or lack thereof) can be assessed, another, slightly larger dose is given. And so on. There’s a clinical trial that proves that escalated dosing is as effective as one big infusion but is much safer. If we can’t get new cells from my donor, then we throw the long ball with the big bag we have.

The whiplash came later, when the doctor came in, all down and stuff, and said he had been talking with the transplant board (in other areas, it’s a “tumor board”). They didn’t think we should go forward because there’s little evidence of effectiveness of DLIs working when the patient is maintaining 100% chimerism. Which I am.

What that means is that a chimerism test demonstrates that all of my cells belong to my donor. Often the donor cells show up as a second chimer, especially at first. That’s when DLIs are normally given, with the purpose of putting the patient into 100% chimerism. (Now you may be wondering, with a great number of malignant plasma cells from my old blood causing trouble, why they don’t show up on the chimerism test? Answer: inadequate chimerism test for myeloma.)

In any case, by the next day I had found a recent journal article in Blood describing a clinical trial that proved that the degree of chimerism is irrelevant in the prediction of remission from DLIs in multiple myeloma. The proper goal of DLIs isn’t to achieve complete chimerism, but to achieve remission! The old rules have the wrong goal. So we’re on again.

I had let myself slip into patient mode when the transplant started. You see, an extensive knowledge of myeloma has little to do with what the transplant doctors have to know during the procedure. They worry about engraftment, infections, kidney function, pulmonary problems, things I don’t know anything about. So I just relaxed into the presumptively-benevolent care of the doctors like a normal patient. I snapped out of that mode too late. We probably should have done the infusions last June, when it was clear that I was slipping out of remission. We should have built DLIs into the plan from the beginning so we wouldn’t have to be going through this goat screw now to obtain them. I’ve spent the better part of the last two weeks downloading recent (and expensive) journal articles to support donor lymphocyte infusions for patients in my situation. There was a clear path forward. I explained it, justified it, and, now, were on it.

To make my dire situation clear, there’s about a 12% chance of dying from DLIs as a result of acute graft-versus-host disease, and a combined 30% chance of achieving either PR (partial response) or CR (complete response). The rest of the responses vary from none to hellish GVHD.

Beween now and the first infusion, I’m doing dexamethasone and Velcade (by infusion for now, until insurance approves subcutaneous injection at home). One 10mg dex by infusion kept me up the entire night last night. I used to use a tiny bit of Seroquel, a major tranquilizer, to put me to sleep, but two years ago it gave me an episode of tardive dyskinesia, which in turn gave me the worst night of my life. Thank my lucky stars the episode ended about eight hours after it began. From now on, I can’t touch major tranquilizers, so I have to stay awake on dex days (and nights).

Wish me luck. If I only get a partial remission, it may be enough to get me through to the approval of Carfilzomib, the latest and greatest imid for us. A complete remission could last for years, so I could start working seriously to get a job.