A new observational study confirms the hypothesis that Roundup herbicide (glyphosate) is behind the mysterious global epidemic of chronic kidney disease that has taken thousands of lives. 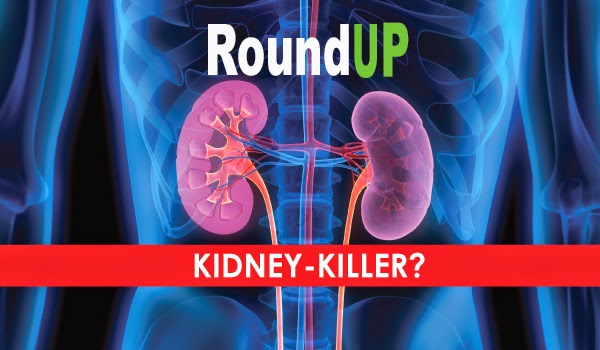 Back in early 2014, in an article titled “Roundup Weedkiller Linked To Global Epidemic of Fatal Kidney Disease,” we first reported on a paper proposing a causal link between exposure to the world’s most popular herbicide (glyphosate) and a mysterious and deadly kidney disorder afflicting agriculture intensive areas in Sri Lanka.

The paper would eventually garner such widespread attention that it compelled the Sri Lankan government to order a ban on Roundup in March of 2014, but it has since been reported that it is still being made widely available for purchase.

You can review the study abstract to get further background on their hypothesis:

“Abstract: The current chronic kidney disease epidemic, the major health issue in the rice paddy farming areas in Sri Lanka has been the subject of many scientific and political debates over the last decade. Although there is no agreement among scientists about the etiology of the disease, a majority of them has concluded that this is a toxic nephropathy. None of the hypotheses put forward so far could explain coherently the totality of clinical, biochemical, histopathological findings, and the unique geographical distribution of the disease and its appearance in the mid-1990s. A strong association between the consumption of hard water and the occurrence of this special kidney disease has been observed, but the relationship has not been explained consistently. Here, we have hypothesized the association of using glyphosate, the most widely used herbicide in the disease endemic area and its unique metal chelating properties. The possible role played by glyphosate-metal complexes in this epidemic has not been given any serious consideration by investigators for the last two decades. Furthermore, it may explain similar kidney disease epidemics observed in Andra Pradesh (India) and Central America. Although glyphosate alone does not cause an epidemic of chronic kidney disease, it seems to have acquired the ability to destroy the renal tissues of thousands of farmers when it forms complexes with a localized geo environmental factor (hardness) and nephrotoxic metals.”

Since the publication of this paper, critics have argued the hypothesis suffers from a lack of data, and that any discussion of health concerns associated with this herbicide are simply anti-biotech propaganda.

In answer to critic’s concerns, a newly published study titled “Drinking well water and occupational exposure to Herbicides is associated with chronic kidney disease, in Padavi-Sripura, Sri Lanka,” fills the alleged data gap. Researchers sought to identify risk factors associated with chronic kidney disease of unknown etiology (CKDu) among paddy farmers; a disease which they described as ‘the most important health issue in the dry zone of Sri Lanka.’

The study method was described as follows:

“A case control study was carried out in Padavi-Sripura hospital in Trincomalee district. CKDu patients were defined using health ministry criteria. All confirmed cases (N = 125) fulfilling the entry criteria were recruited to the study. Control selection (N = 180) was done from people visiting the hospital for CKDu screening. Socio-demographic and data related to usage of applying pesticides and fertilizers were studied. Drinking water was also analyzed using ICP-MS and ELISA to determine the levels of metals and glyphosate.” [Read the entire study here]

JUMP for much more and links