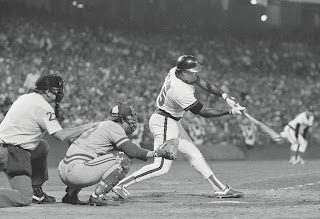 Read the news that Don (Big Boo) Baylor passed away.  He was a great baseball player and bravely fought multiple myeloma for 14 years.  In 2014, his team, the Los Angeles Angels celebrated what were then the only MVPs in club history by asking Vladimir Guerrero to throw out the ceremonial first pitch and Baylor to catch it. Guerrero’s throw was low and away, and Baylor’s right ankle gave way.  He limped off the field and was taken to the hospital where he learned his leg was broken.  It was the cancer, of course.  This is sad news, indeed.  He was a great player and a great human being.
As for me, a few updates.  After suffering from some nasty side effects (frequent diarrhea and muscle cramps) I visited with Dr. V and he suggested we take a medication break.  So, the Revlimid is suspended for now and I’m only taking Prednisone – every other day.  I plan on visiting with Dr. V again when I return from a vacation at the beginning of September and at that time we’ll determine whether to back to Revlimid, try something else, or just stay with a steroids-only regimen.  Dr. V did say he has several patients who had gone to steroids only and were doing well.  That would be wonderful, of course.  But obviously I’ll want to stay with the best regimen that maintains my remission even if it means dealing with some side effects.  So…we’ll see.  Meanwhile, I’ve been off the Revlimid for about 3 weeks now.  The side effects have diminished considerably and I’m also sleeping a lot better.  I was waking up in the middle of the night previously…unable to get back to sleep.  This could be due to the medication adjustment or to the fact that I’ve begun a practice of daily meditation.  Whatever it is, it’s nice.