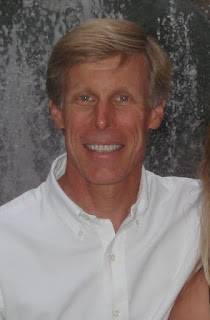 Woke up this morning to the awful news that my friend and classmate, Steve Taylor, lost his battle with multiple myeloma.
Many of you who knew Steve will be surprised that he was afflicted with cancer.  Steve didn’t want people to know about it.  I found out through the UCLA  GSM grapevine and I felt that given that we shared this affliction, I would reach out to Steve.  Steve’s initial preoccupation with I called him was “how did you find out.”  Of course, I demurred on it and it took a bit of time to get past that boundary.  But eventually, I convinced him that collaborated on shared information was in our mutual interest and things settled down.  When I asked Steve about why he felt it was so important to keep things on the DL, he mumbled something about not wanting his clients to know he was anything but 100% capable.  But I never bought that.  I think it was just Steve being Steve.  Steve needed to be in control.  It was nothing more than that.
Steve called me last week when the word of my new cancer struggles got to him.  We talked and he filled me in on his situation…. of course, with the caveat that the information goes no further. (I do feel at this point that the statute of limitations has expired and that I can say whatever I want…. although in the back of my mind, I can hear Steve saying “Why are you telling people I’m dead?  That’s private!”)  To be honest, it was clear from our conversation that things were not going well for Steve, although I really didn’t get the idea that things were as desperate as they turned out to be.   So, we reviewed our mutual treatment protocols and I kept telling Steve to fight as hard as he could fight and I would do the same.  And then I got the info this morning that the angels took Steve.  (I can only imaging how that conversation with Steve and the angel went down.  Steve telling the angel that his facts were totally wrong!)  It should be noted that Steve and I were pretty far apart on the political spectrum.  Steve’s perspective on things like homelessness were anathema to me…it seemed like his solution was about two steps away from putting them in space capsules and shooting them to the moon. (Clearly that’s not fair…it was far more nuanced than that.  Steve was always the smartest guy in the room.  He was always generous to his friends and family and those in his immediate universe…but his rhetoric on macro issues was far more to the right of the spectrum.)
This really should all be about Steve, of course.  But I have to make it about me to the extent that emotions are very raw on this subject.  It is always hard to learn that a fellow traveler has lost his battle. This one is particularly close to home, since Steve was such a close friend.  So, what does that say about my vaunted positive attitude and determination to fight and win.  Such news definitely takes some of the wind out of my sails.  But in fact, …. I understand that Steve had a particularly aggressive and treatment resistant form of the disease.   Cancer doesn’t come in neat little boxes. Everyone’s genetic makeup is different and some, like Steve, have chromosomal abnormalities that handicap them in fighting the fight.  To this point, no such abnormalities are showing in my genetics…so the fight continues.   But be assured…this is a sad sad time and my heart hurts for Steve and for everyone that cares about him.  He’ll be in my heart as long as I have breath.
Quick update:  Nothing much new to report.  I’ve completed the first round of chemo and am resting comfortably at home.  I’m eating and sleeping well.  I get easily fatigued, but it’s not too bad.  I just have to take things slower.  Today…Monday May 28…is a no chemo day and I’ve had a lovely breakfast and am looking forward to getting some fresh air (I can walk around the block pretty well) and some visitors.
God bless you Steve.  I miss you, love you, and a will remember you.