Much better night and I’m feeling much better, except still having RAPID GI Travel South. This is good since I have not had ANY stools since Tuesday, 4 Jun 2013 after they gave me Imodium at St. Luke’s Hospital in Twin Falls and my gut was very distended. It is always such a balance. I took 1/4 Imodium tablet late this afternoon and everything seems in balance in again – at least, I hope so.

I continue on Cycle 2, Day 6 of Revlimid 5 mg, along with continued Dex 10 mg every other day.

I spent most of the morning one-with-the-sofa working on my computer and dozing off at the same time — and YES, I have dropped that MacBookPro several times off my gut to the floor — and thankfully, it still WORKS! 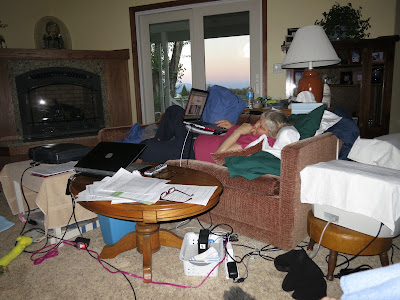 Jani and I went to look at the Mackay Miner’s for blog material. You have to have special permission to look at the books and wear gloves, which rarely granted since all of the old Mackay Miners are available on microfilm in the Mackay Library and the Boise Public Library in Boise, Idaho. 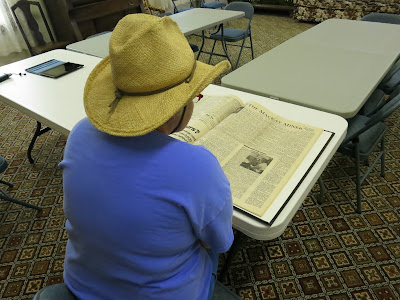 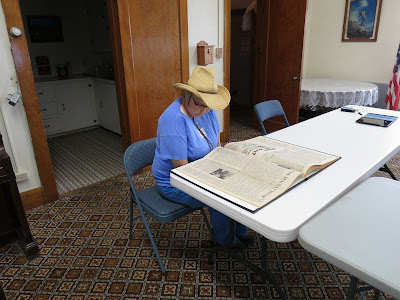 After about an hour at the Women’s Club, we drove out the Mt. McCaleb Cemetery to pick up the drooping mums off our graves so they won’t be in the way of mowing this week. Waved hi to Louise Wingert who was just leaving the cemetery.

We still have to update a couple of corrections to the Memorial Day, Mt. McCaleb Cemetery Alpha List Book, Block List, and Veteran’s list and then we will be ready to print again.

Jani walked Kemmer and Zoe on the BLM Road South from the Cattle Guard on the Mine Hill. It was 85 degrees and EVERYONE was HOT. 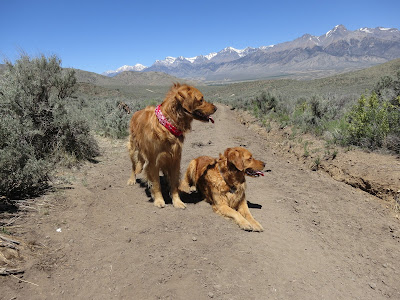 Stopped at Paco’s to pick up some frozen food from his large freezer. He was entertaining his neighbors on his front porch, Ron and Anna Oxley to a glass of wine along with Mike Stapleton who is here at his Idaho home from Pennsylvania (he drives the entire way). Mike drinks O’Douls, which Paco keeps just for him. Below is a picture of Mike’s Entry Gate which is a simulation of the Empire Copper Mine Aerial Tramway System made by Casey Whitworth and Merritt Lanier…the most creative gate in the Big Lost River Valley! 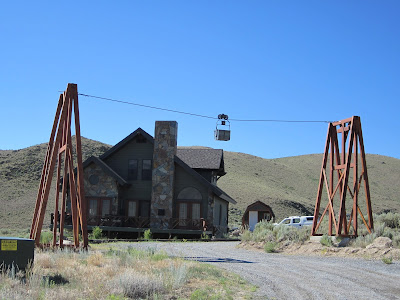 Paco loves his Happy Hour company and I love that he loves it!