Took Ann and Chuck on a very quick Mine Hill Tour in Jonah. Jani decided to stay home. I saw a grey wolf up by the Four Corners area – going zero to 100 in a nano-second up toward old White Knob town. Lots of cows with their calves are up there right now.

Ann and Chuck Henderson at the Alberta Level Mine opening still has snow in it with very cold air pouring out. 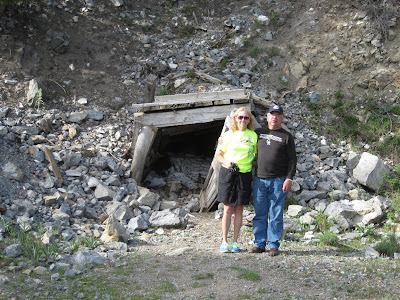 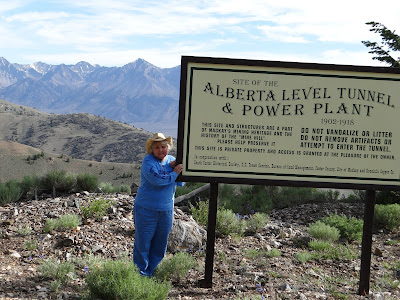 Ann’s new camera zoomed from the Smelter Blacksmith Shop down to the Big Lost River with the Mt. McCaleb and Lower Cedar canyon (to the right of Mt. McCaleb).

We toured the new Hardrock Mining Exhibit at the former Smelter Blacksmith shop – what a nice job with motion detector lights inside making the viewing easier. 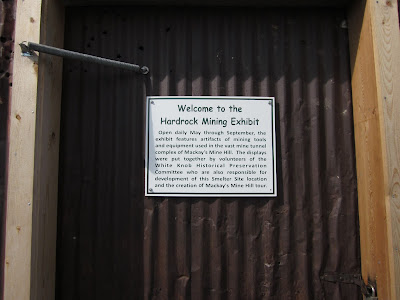 Came home and became one-with-the-sofa. Henderson’s dog, Sophie, likes to lay right by me on the floor next to the sofa even though all my computer cords are down there. 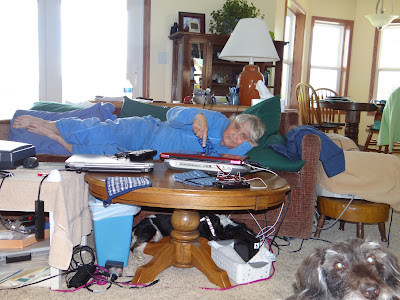 The inside of my legs from my groin to my feet ACHES. I woke this morning with a left leg cramp and a right foot spasm – oh, my legs and feet are such a JOY ~ I hope I’m not taxing my 28 platelets too much – Ann was good to hang on to me during our touring if it looked like I was was going to tip over. A fall with only 28 platelets would not be good for me! 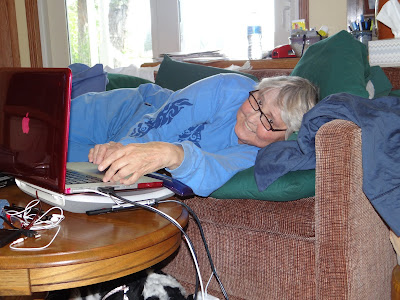 Jani made dinner and then I took the Henderson’s up to the Mackay Dam (reservoir). When full the dam is 60 feet deep and covers 45,000 acre feet. The dam spillway is 65 feet high. Right now it is only about 70 percent full as they are letting water out downstream for irrigation in the Big Lost River Valley. 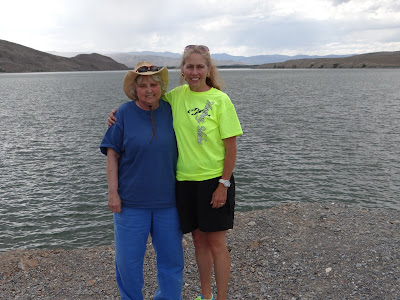 Fishing is good on the dam year round and includes: Mountain White Fish; Brook Trout; Kokanee Salmon; and Rainbow Trout. 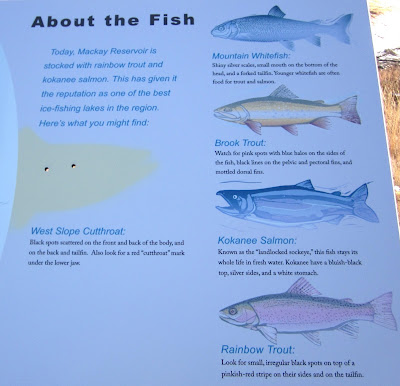 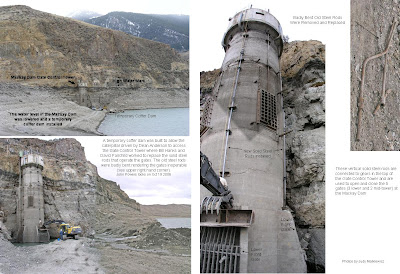 Below: This is the downstream area where the water coming out of the dam is released for irrigation water rights. 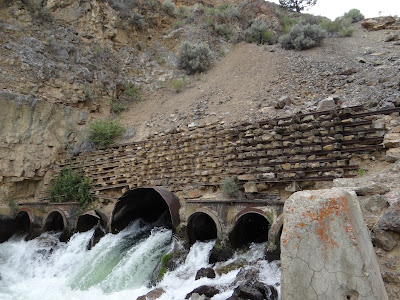 Below are the outlet tubes when they were being built in 1918. Note the ladies in their dresses on the right (double click to enlarge)

Public access fishing in the outlet side of the Mackay Dam. 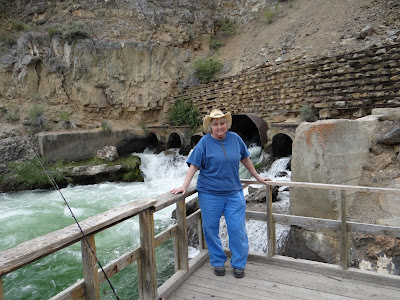 Came home and had a good visit with my neighbor, Lew Pence, who has a summer house across from mine. He grew up here in Mackay (his father and mother had Pence’s Market on Mackay Main Street) and I love visiting with him when he makes it up to Mackay from Gooding, Idaho. 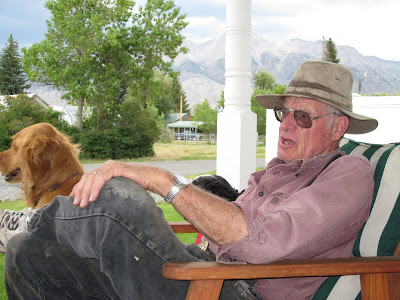 Took Henderson’s to the Lost Rivers Museum (only open on Friday and Saturday afternoons)…told Ann I could give her a permanent, but she passed on the chance). 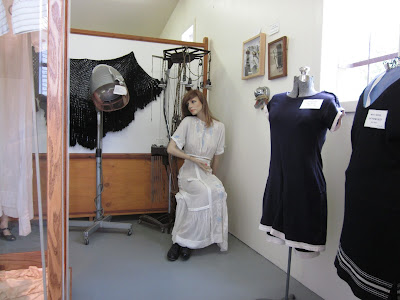