Slept better…hope this is a trend. Up early to make coffee for the Henderson’s and feed the dogs.

My stomach is markedly better this morning. I’m on Day 2 of the Zithromax antibiotic for my sinuses. My bone marrow site from 26 June 2013 is a tad sore and I have avoided lying on that side.

Ann and Chuck went on a walk around town before breakfast to celebrate their 33rd Wedding Anniversary.

Took Ann and Chuck with me to get the mail at the Post Office, tour the Western Store (our answer to “Walmart”, and the Mountain Gem Gift Shop located in Oxley Bakery.  On to Ivies for a few groceries. At our house, no day is a “real day” without a trip or TWO to Ivies.

Delivered the mail to my father where the Henderson’s visited with my father for awhile in the kitchen.

Back at home, Jani made potato salad – she’s an EXPERT now with our M’s recipe.

Ann has a new camera and can zoom in on the Mine Hill Headhouse from my front porch. 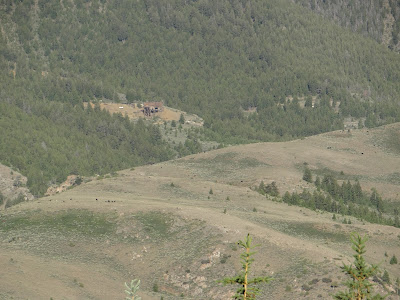 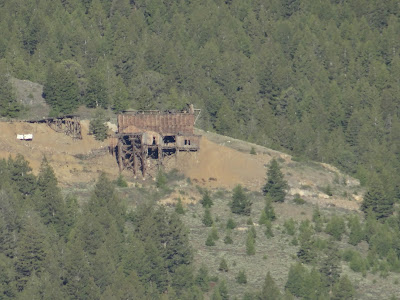 The horses are still behind my house and delightful to watch. 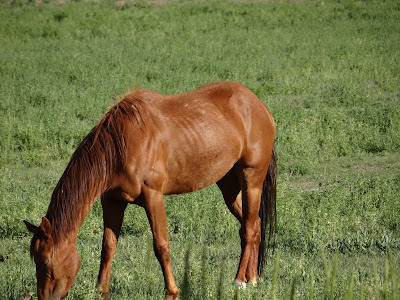 I am still the “michelin-tire” swollen myeloma girl. 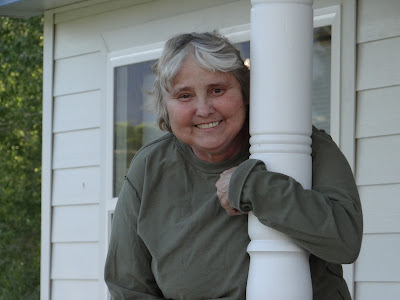 Chuck Henderson and Me on the front porch early this morning. 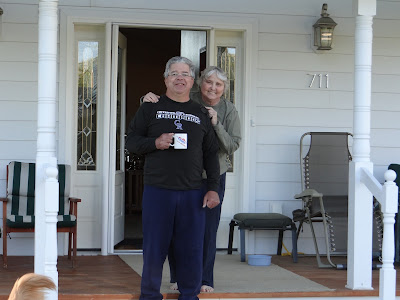 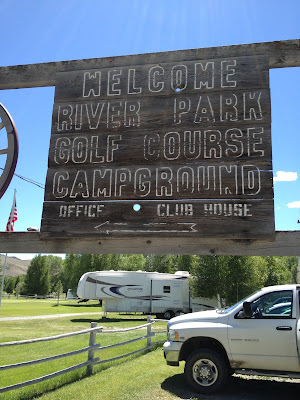 It was nearly a 100 degrees and they cooked, but assured me they had a wonderful time. They used our father’s golf cart which we call the MackayTownCar (gas driven vs electric).  Chuck Henderson in the MackayTownCar. 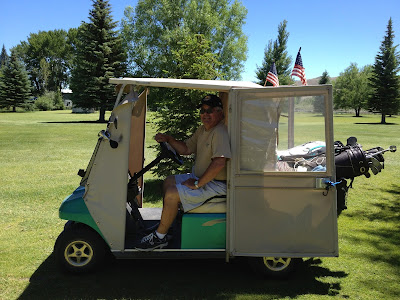 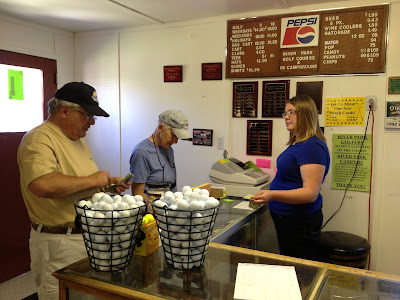 The 33-year anniversary couple on the golf course with Mt. McCaleb in the background. 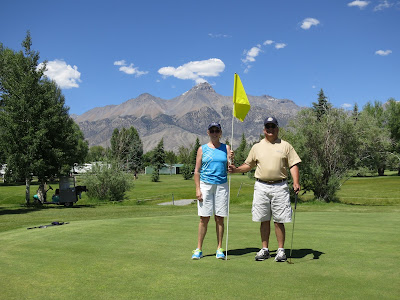 Jani golfing – she LOVES golf and is quite good at it – she spent 8 years as an LPGA Teaching Professional, so she knows her golf. 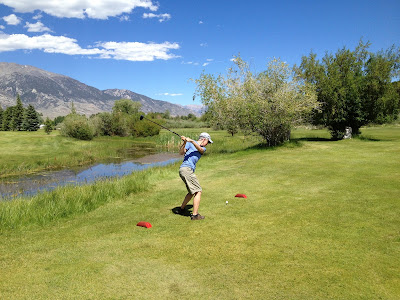 I stayed home and did what I do best these days – became one with my sofa and worked on labeling photos taken over the last couple of days. I also cooked the pork ribs for dinner while they were golfing. Even though I had 2 units of packed red blood cells on 26 June 2013, I’m sure my hemoglobin isn’t much higher than 9 (low norm 12), so energy is not readily available right now.
They came home from golfing around 4:30 PM and we had a delicious dinner of homemade potato salad, corn on the cob and pork ribs finished up on the barbecue with barbecue sauce.

Around 9:30 PM with a temperature outside of nearly 96 degrees, we had a “dry rainstorm”, but we ended up with a beautiful rainbow. 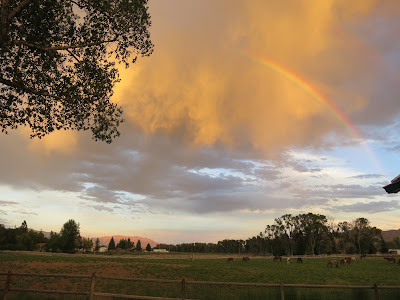 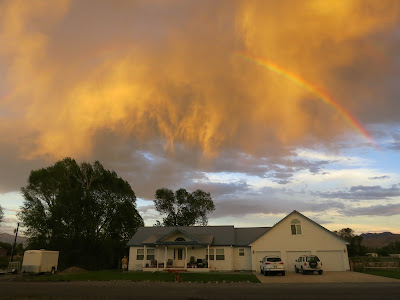 Plus, the little boy mule deer were out in groups tonight. 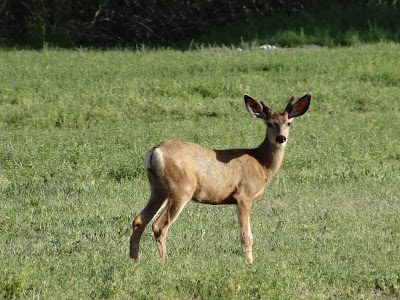 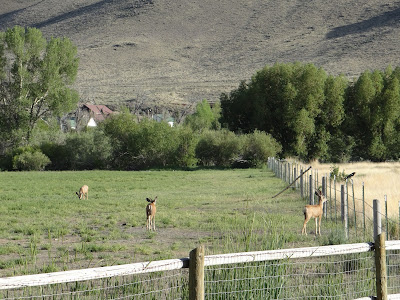