Despite a platelet count of just 28 (norms 140-440), I decided I could ride JackRed2 (my 2012 Honda Rancher 4-wheeler with power steering and independent rear suspension) carefully around town with Jani (who rides a 2004 Yamaha Bruin 4-wheeler). We both have deluxe padded racks on the back so we can take the dogs with us. Both Kemmer and Zoe LOVE riding along on the 4-wheelers! 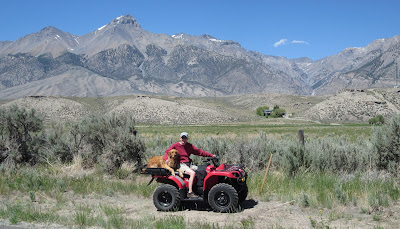 My photo op position taking pictures of Jani and Zoe. Jani had to help me get up because my thigh muscles are so weak. 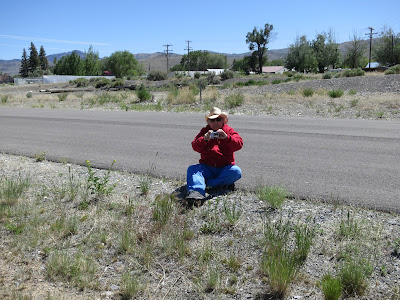 Kemmer and I with Mt. McCaleb (11,427 feet) in the background. Many people climb Mt. McCaleb yearly, but I have never attempted it. 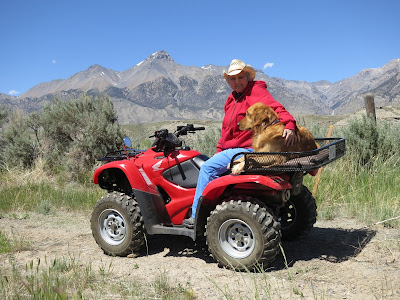 Afterwards, we stopped across Main Street from Ivies (grocery) in front of the former dental office in the shade. I ran in to Ivies for canned beets and an onion for our dinner. 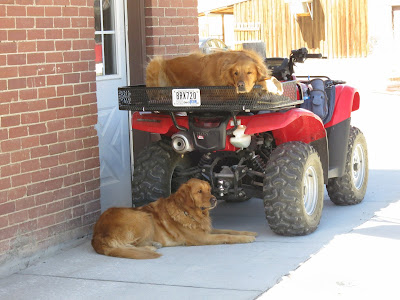 Kemmer on JackRed2 with Zoe resting on the sidewalk.

Came home and had a two hour nap while Jani watched golf on television. In fact, I had a series of naps all afternoon and went to bed at 7 PM – guess, I’m TIRED. Jani walked the dogs around the block.

My left frontal sinus is still somewhat of a bother – but, I  have not had a headache pain in the area today. My guts don’t seem to be working of late…but, I’m not as distended as I have been in the past.