Woke with a headache this morning – don’t think I drank enough water yesterday, so I will try harder to hydrate today. I took 1/4 tablet Percocet, drank my coffee and an extra bottle of water and the headache was gone by 10 AM.

I’m getting bruises on my legs with no memory of bumping them – probably due to my low platelets – 17. I hope they are not even lower now because they are being “squeezed out” by all the plasma cells (cancer) in my bone marrow (95-100% now). 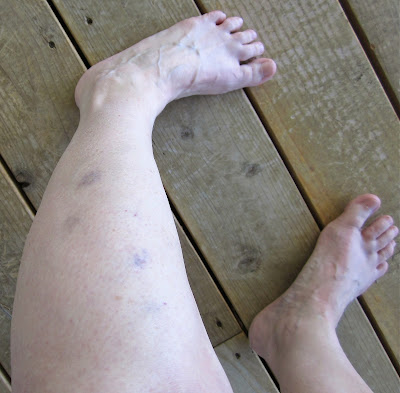 Up early to meet Ken Day, Mt. McCaleb Cemetery Board President to determine the placement of my headstone at the cemetery, which should be ready around 11 July 2013. Jani went with me and it didn’t take long to see which burial plots we owned and my choice of headstone placement within those plots.

Afterwards, we met Richters, Nancy White, and Jan Martin at the Mackay Farmer’s Market in Kid’s Park. They were having “Art in the Park” today too with highlighted water color artist , Ruth Sauerbreit.

Home and loaded up to a Mine Hill Tour in Jonah (1990 Honda Passport)…spending several hours up on the Mine Hill. I think we FORGOT to feed them lunch… 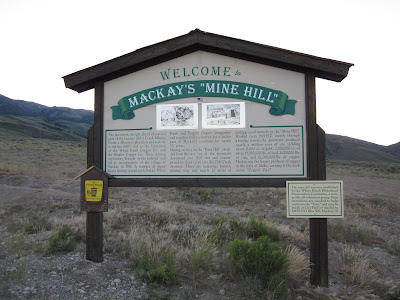 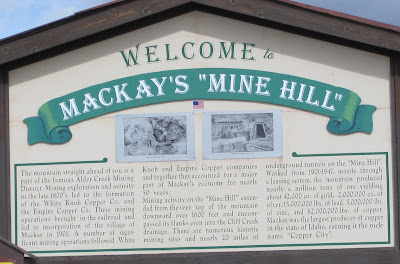 Jani skipped the Mine Hill Tour and walked the dogs on the Mine Hill being visited by cows and calves as the took the BLM Road South just above the Cattle Guard. 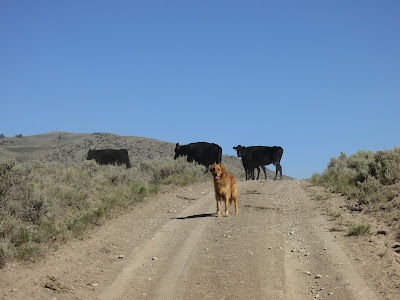 Dad sang Polish songs to the Richters, Nancy White, and Jan Martin. Polish is my father’s first language – he immigrated from Poland to Brooklyn, New York when he was 8 years old with his family. 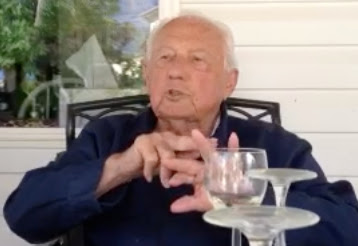 Then, the Richter’s visited the Lost Rivers Museum here in Mackay, Idaho on their way back for dinner at my house. 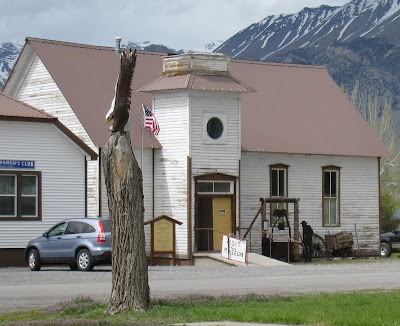 After “my Colorado people” were at the Museum and came home, Ken Krishnek visited me and I gave him photos I had scanned and printed for him of the former Ace Shinderling’s, Mackay Sport Shop. It was just north up the street (Custer aka Highway 93) from the Texaco Gas Station in the 1940’s. The Texaco Gas Station is now the Sport Bar managed by Floyd Deats. Floyd has may of the same items for sale as Ace Shinderling for fishing and hunting. Ace, however,  did not have beer and wine for sale.

Ace Shindering would sell fishing equipment and fishing flies that he and his wife, Sue, would make.  Ace in  front of his Mackay Sport Shop. 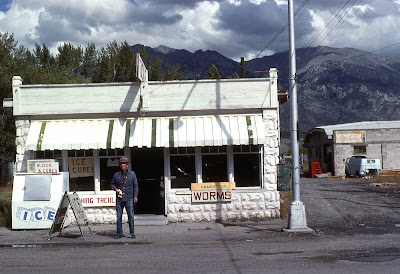 Ace kept this giant fish frozen the in the back of his place and when someone would stop by the shop for the first time, he’d retrieve the frozen fish and tell the new people that he just caught it the day before and they “too” could catch a fish like this if they bought one of his homemade fishing flies. :)  Ace probably showed this SAME FISH for 20 years~ 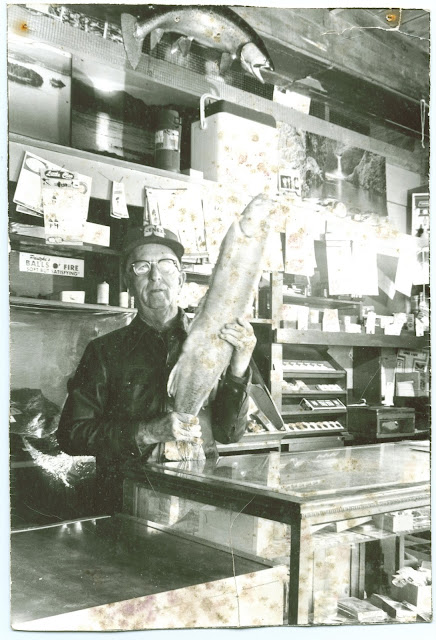 Ken’s son, Dan and his grandson, Zack climbed Mt. Borah yesterday – the tallest  mountain in all of Idaho at 12,668 feet and located just 19 miles north of Mackay, Idaho.

My neighbor called today and wanted to know the day her stallion bred her mare last summer, so she could calculate the mare’s due date this summer. The stallion and the mare were only together on this day. I just happened to catch the day the stallion mounted the mare. The average gestation is almost a year long. So, based on this photo, the mare should foal around 4 August 2013. 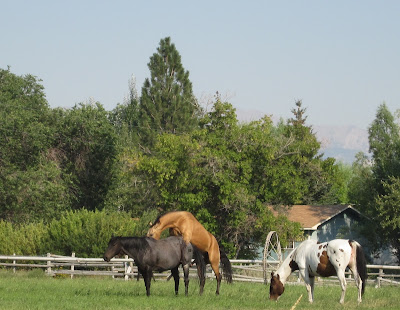