When I returned home from our European Escape, reality WAS waiting for me.  Shortly after recovering from jet lag, I had to go to the clinic for my monthly blood work.   A week later I saw a physician’s assistant to get the results because my wonderful oncologist was on vacation.  Lately, when I have had blood work done, I have been worried about my lambda light chain because it has been trending up over the last few months but staying in the normal range.  This time my worry was warranted because the numbers had moved out of the normal range and the ratio between the kappa and lambda light chains had gone down.  It was upsetting to see those numbers even though I have been expecting it to happen.

Fortunately, my oncologist got home and I was able to see him two days later because of a cancellation. What a relief it was to talk to him.  He doesn’t sugar coat things, but he always calms me down.  Together we decided that a bone marrow biopsy is in order.  After we get the results, we will know what the next steps are.  He may want me to go back to Seattle Cancer Care Alliance for a second opinion.  SCCA is where I had my stem cell transplant.

It is so hard to think about beginning the battle against multiple myeloma again.  In yoga class it struck me that I was there trying to make my body strong, but the myeloma  cells may be on attack trying to harm me.  I am trying to keep positive thoughts and am thankful that my doctor has kept me under monthly “surveillance” which makes it likely that any misbehaving cells may just be getting started.

If it turns out that I have relapsed, then it is time for a  SLAP DOWN! 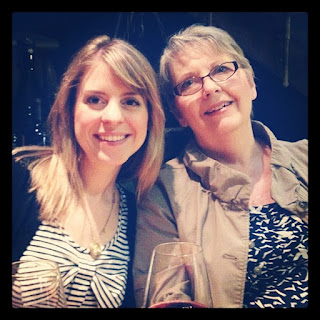 Me with my beautiful daughter, Marisa