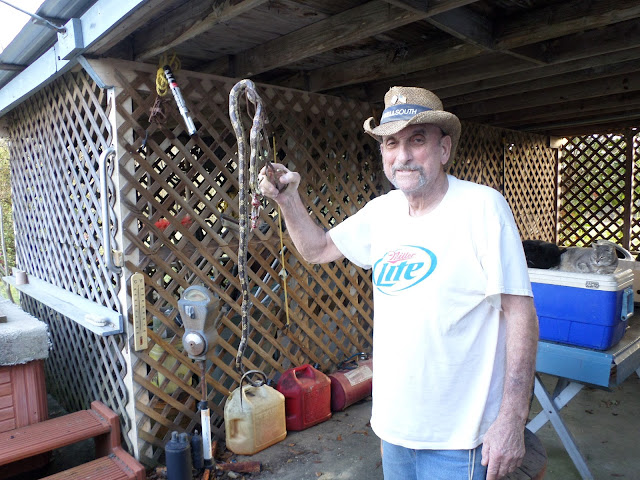 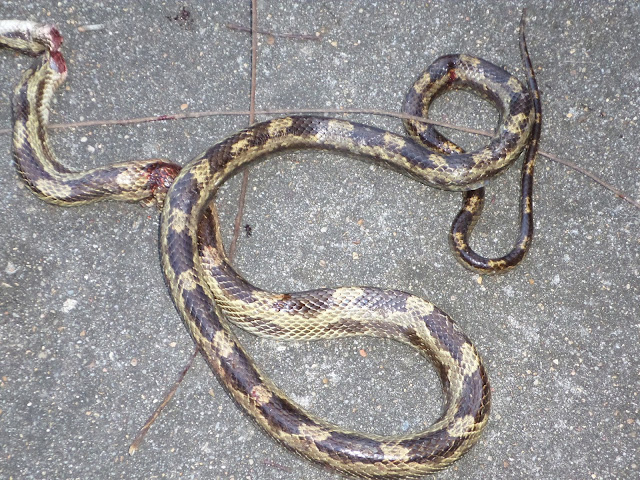 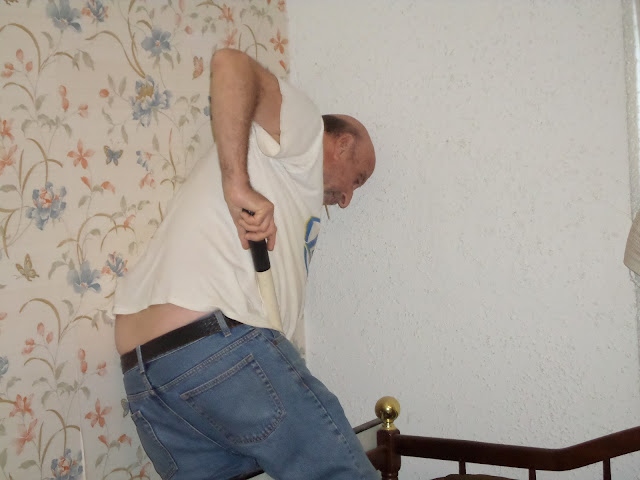 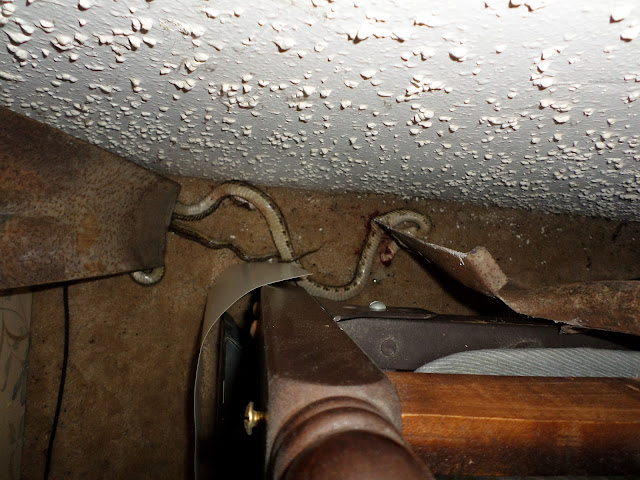 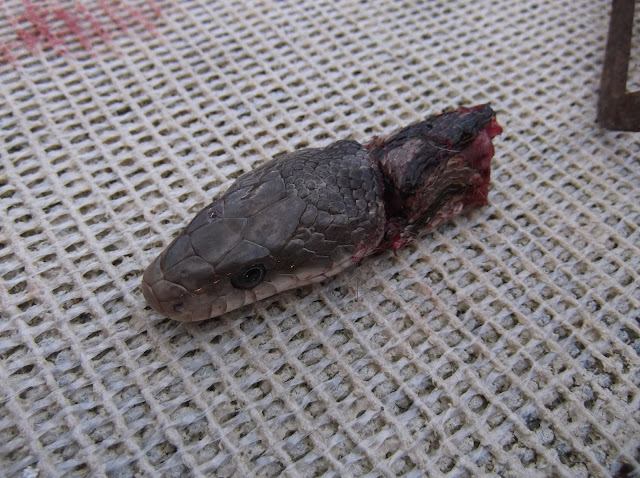 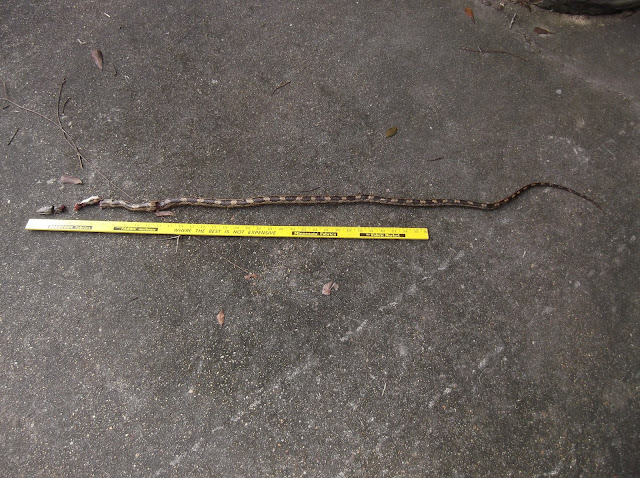 We’ve had a CRAPPY few days.  Our kitchen sink started leaking, we had DirecTV installed, called to cancel DISH after 20+ years and they are insisting on $440 for breaking a contract that we never signed.  (Long story).  Got the FCC involved and refusing to pay it.

Dom has developed some type of rash…. welts.  Stress, maybe?

THEN….. yesterday I was in our bedroom chatting with Amy.  I opened up the bedroom door to see this 4 foot monster in our hallway.

I called Dom very quietly and went back into my bedroom with the door CLOSED.

The snake ended up crawling into my computer room and hid underneath a daybed.

Later found out that it was just a “Rat Snake” who was harmless.  I feel bad, but can’t have them in my house!

We think that it got in on Friday.  We went to do some shopping and when we returned, our French Doors were wide open from the wind.  Had forgotten to latch them.

Mr. Snake must have figured “No people, no TV blaring, let’s check this out!”.  God only knows where he slept on Friday night.  *cringing*