Skip to content
Ralph, our family’s Elf on the Shelf, is back from the North Pole. He managed to find us at my parents’ house on Thanksgiving night, then he found his way into our car, and he’s been hanging around our house ever since. When we first got Ralph two years ago, my understanding was that he just needed to move from place to place every night. We got the official Elf on the Shelf storybook and this is what the storybook said this is all the elf needed to do. Now I’m finding out that the majority of elves — or at least the ones who appear in posts on Facebook — are out there “doing” things. They’re making snow angels, roasting marshmallows, taking baths, filing tax returns, blah blah blah. If you’ve been on Facebook lately, you know exactly what I mean.
I’ve always been strongly against having an Elf who “does” stuff, not because I don’t think it’s fun, but because I’d have to think up a month’s worth of activities for him, and sometimes when it is elf-moving time, I’m just tired. The other night I finally caved, and WCK found Ralph drinking a Diet Coke: 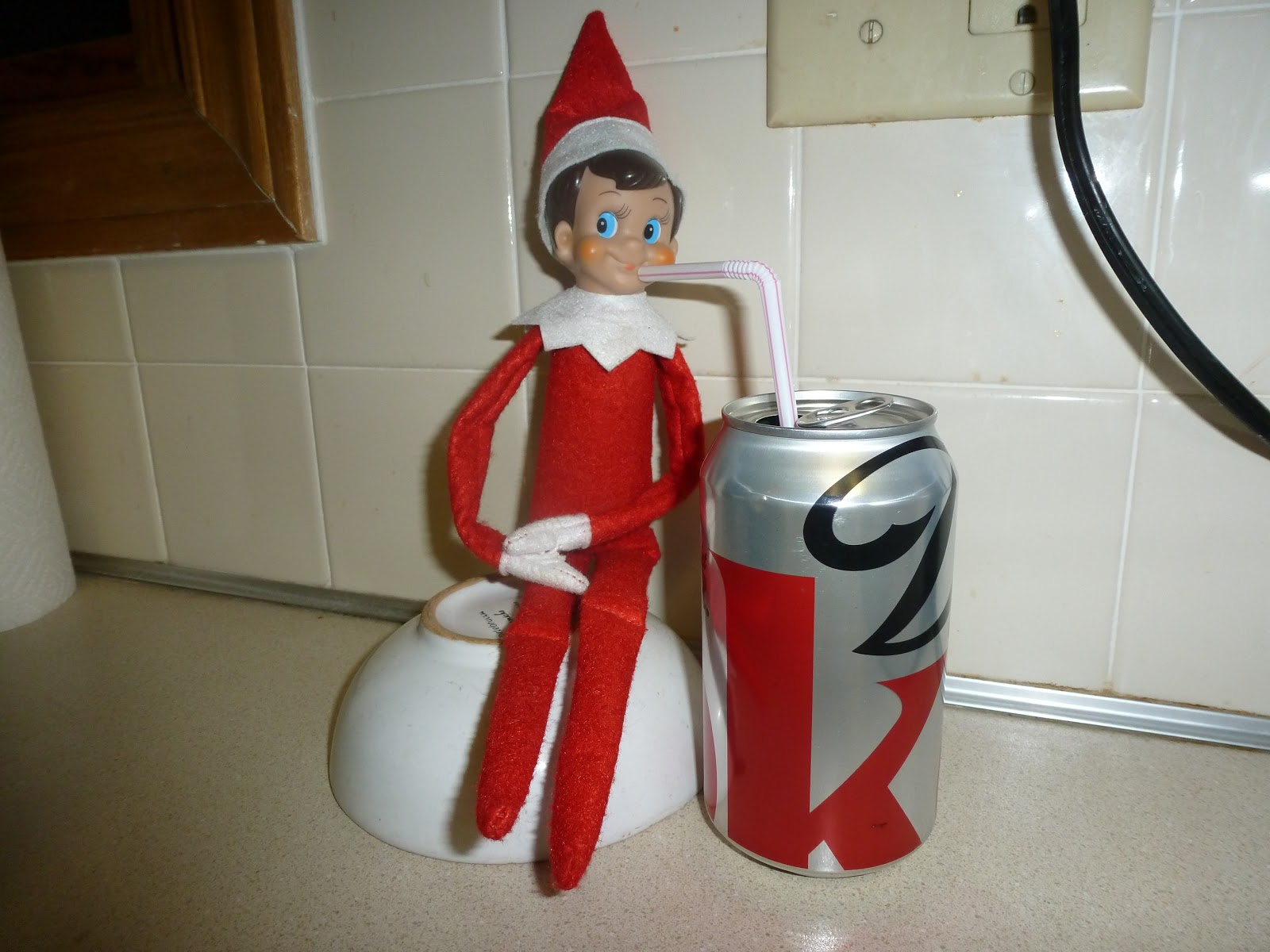 I guess the cool part about setting the bar really, really low for your Elf is that it’s easy to impress your child. WCK was stunned that Ralph was drinking a Diet Coke. She started laughing, but it wasn’t her usual laugh. It was this shocked, uncomfortable, Beavis and Butt-Head chuckle — “Heh. Heh. Heh.” — because she didn’t quite understand how this had possibly happened. She asked me questions all day: “But where do you think he got the straw? How do you think he got the bowl to sit on?” Amazingly, she didn’t wonder how he’d opened the can with his hands sewn together.
This morning Ralph was trying to ride the donkey from the nativity scene. The donkey is a lot smaller than Ralph is, so it just looks like a giant elf is trying to squish/strangle/suffocate the donkey. That one didn’t get a laugh, but that’s OK. I’m setting the bar low. Yep, setting the bar low.