I made a quick batch of pickled jalapenos this morning.

We use these all winter. They are not canned but just refrigerator jalapenos. It says they are good for 2 months in the fridge but we are just finishing ajar from last fall so I’m guessing they last a lot longer than what the recipe says because it’s just vinegar and water and some sugar.

Also, at Winco we SCORED gamma lids and some buckets. These are seriously expensive on Amazon. They’re probably not quite as good as the Amazon ones but they’ll do the job of sealing the buckets. 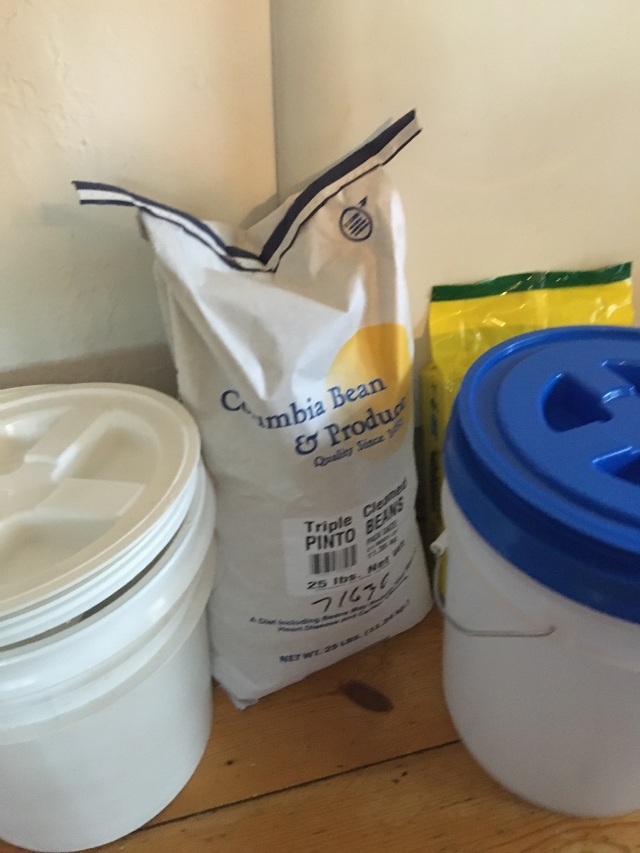 I have the black beans and points to put in the 5 gallon buckets but I’m waiting on the mylar bags to separate the beans. I could vacuum seal them so I might do that but the mylar I guess are  better for longer term storage.  The mylar bags are not coming in till the first week of August so I’ll have to see what I want to do.

I rearranged the prepper pantry in the barn and moved all the non food( well almost) to other shelves that used to hold all my magazines. It looks good and based on what’s there I’d say I have almost a year for some things and 6 months for others( TP).

I was watching a few youtubers who are preppers and the recommendation was a cooler dark place. We do not have a closet to use in the house as there is only one real designated closet albeit that it is large. So I got to thinking maybe we should build a closed in cabinet in the barn. I’m not sure since the barn does not get any direct sunlight in there and is generally on the cooler side. I don’t know, I’ll have to think on that too.

I tell you though, some of these preppers are really out there with survivalist stuff. I sorta ignore all that and just try and glean some ideas about storage. 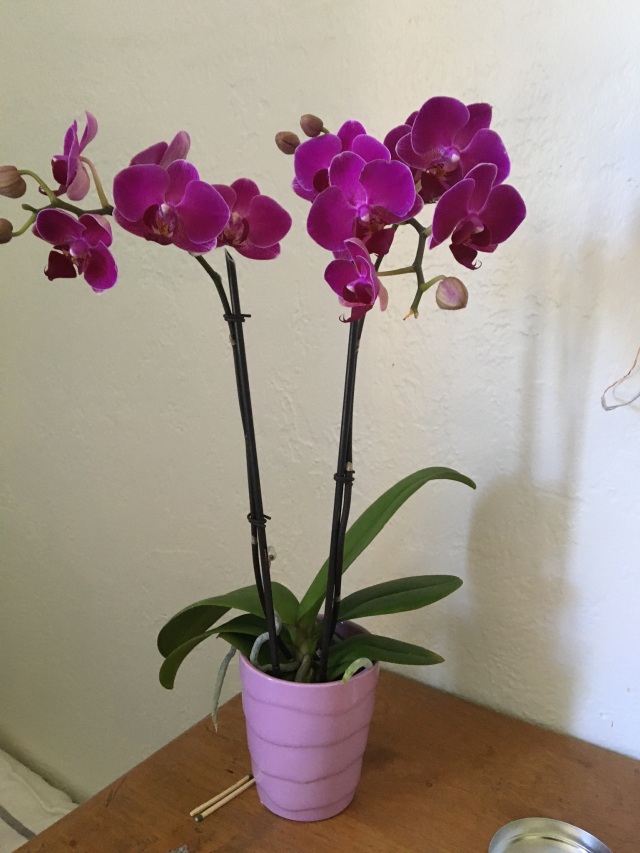 Some of my orchids are reblooming which I’ve never had happen. It must be they like where I put them which was actually an accident. I had put them on B’s to get them out of the way and sure enough the morning light and then the coolness from the windows at night must be the right condition. Excited to see if it happens again.