I didn’t proclaim it, but I had intended blogging at least once a week during January. Clearly that failed. I just couldn’t think what to talk about most of the time. Far easier for me is to resolve to at least put a photograph up weekly (probably more frequently) as I often see something I want to share.

Last weekend was the RSPB Big Garden Birdwatch. I spent an hour counting the birds that arrived during the hour. It wasn’t easy trying to count the sparrows which appeared as a flock (I think it was seventeen.) 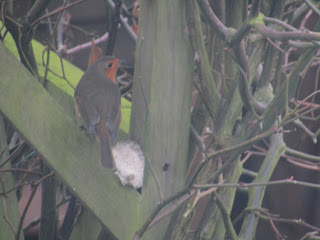 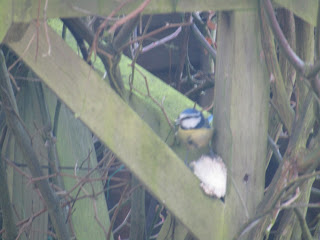 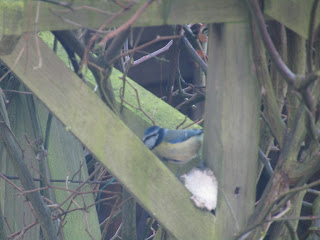 The robin came and so did two blue tits.  They really seem to enjoy the pastry I put out. It is simply flour, lard and some water (the usual salt in pastry is obviously not good for our feathered friends.)