I understand now why so many hospices are run by religious organisations.
It makes sense that people dedicated to their faith would have a vocation to care for complete strangers at the lowest point in their lives, with unconditional devotion.
FL’s hospice is secular and he would not have it any other way.
But as the final family dramas play themselves out, I almost wish a last-minute religious conversion for him, so that he might receive the comfort of absolution.
He would be utterly horrified by the idea!
But today I took on the role of… what?
A ministering angel?  I am not that conceited!
A social worker?  That’s probably nearer the truth.
There he lies, unable to speak, struggling to swallow a tiny sip of water, too weak to change his own position in bed.  Utterly defenceless.  And people choose this time to deliberately inflict pain by digging up the past.
Now?  You wait until now? Unbelievable.

Yesterday he was in such a state of upset that he refused his medication, shut down communication even with me and tried very hard to wish himself dead.  But it is not that easy, and I told him so.

This morning I swept into his room on a mission.
First of all, I read him an email from his nephew: full of reminiscences of fun times, thanking him for being a “top notch Uncle”.
He raised an eyebrow and smiled.
Then I showed him an old photograph (from 1981) and told him what I saw:  a happy family, joking together and enjoying each other’s company.  And I reminded him that this was how it was, for so much of the time.  That, OK, it was not perfect and that yes, he had made some mistakes along the way, but that anyone who knew them then would have agreed those children had a fantastic childhood and that he was at the centre of that.  That he was a good father.
I had planned to say so much more, but by that point I was in tears.
He took my hand and kissed it.

When the doctor came to seek permission to administer his pain relief through the syringe driver he agreed.
Hallelujah! 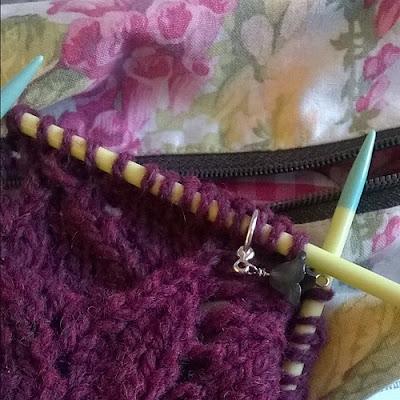