Where do I begin! Time for my worn out comment about completing a previous post and then thinking, “Ok, next post will be uneventful and boring, and maybe not even necessary”… LOL,.. So Not True much anymore. Geezzz, if only I could report in, that my last 10 days between posts was in fact uneventful and boring. Nope, I’m learning this is not possible. So here goes the newest drama, and I’ll let Google do the introductions: 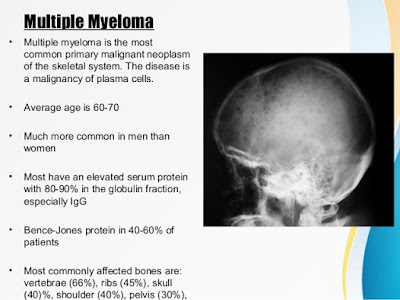 What is a Skeletal Survey

What are Bone Lesions, Lytic Lesions

“What is a lytic lesion on a bone?
Soft spots appear as “holes” on a standard bone x-ray and are referred to as osteolytic lesions. These bone lesions weaken the bone, causing pain and increasing the risk of fractures. Bone loss frequently accompanies multiple myeloma, and 85% of patients diagnosed with multiple myeloma have some degree of bone loss.”

How’d this Happen ??
I met with my Dr 5.16.17 before my regular Darzalez infusion appointment. We discussed my recent Skeletal Scan and what showed up. Yep, I have a LYTIC LESION in my SKULL. A 7mm Hole in my Skull! And here I’ve been a bit “boastful”, often exclaiming, ” Oh, I have IgA myeloma, so I haven’t had any bone involvement”… ahahaa shut up Julie… here’s your payback. Who knows how long this little hole has been brewing in my skull? From the report, which I originally misunderstood as the long time preexisting lump bump (tumor?) on my Right side skull, is actually not that, but a NEW myeloma invader on my Left side skull, about an inch above my Left ear. Yep, saw it on the xray scan today. From details on the report, this new Hole was NOT seen on my last skeletal scan 12.15.15, so it appears that this lesion has been hollowing out it’s living space during 2016. What’s that saying: “I need this like a hole in the head”!!! 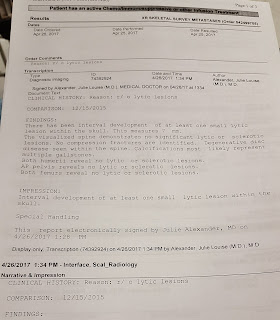 The Hole’s Radiology Report
Wow, Oh Boy. Seriously did not see this coming. I just thought myeloma was systemically challenging my blood properties, blood plasma, my immune system, etc, and ruining my life in general… but I naively thought I wouldn’t be a participant in “bone lesions”. Ok ok, yes, I have been playing the ridiculous optimist card this whole journey to be honest, thinking I was a bit “different” and wouldn’t be challenged in the same way as my myeloma peers. STUPID! Why did I have this “magical thinking”? Perhaps because my “high risk” status was always pretty successful initially at pummeling those errant myeloma cells, and responding well to most all treatments over the past 7 years. Heck, I went from IGA around 5700+ at diagnosis, to the 1000’s, to the 500’s, after just Revlimid and Dexamethasone, first part of 2010. My initial diagnosing Bone Marrow Biopsy showed 67% cancerous myeloma involved Plasma Cells, but after induction Rev Dex for 5 months, and only one IV infusion of Cytoxan, my pre Stem Cell Harvest bone marrow biopsy showed only 10% cancerous myeloma cells. I then survived Melphalan chemo with my July 2010 SCT, (but had lots of  Hickman catheter drama), yet came out the other side, with Remission. And that remission, with Revlimid maintenance, lasted 2 and a half years, until I had to up the treatment level mid 2013. But I did respond to Rev, Dex again for 2 years, then had a great response to Kyprolis, Dex in 2016, until I became “Refractory” to it, and began the various versions of my current treatment of Darzalex, Pomalyst and Dexamethasone steroids. 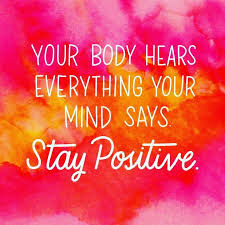 So yes, I’ve been a bit “spoiled” (compared to the “typical” MM patient who presents with horrendous bone pain and bone lesions from the start). I, for whatever reason, was able to avoid the Bone Lesion Bus. Well welcome to the “honeycomb” style bone lesion club Julie. You have a HOLE IN YOUR HEAD! ahahha, ok, no jokes… well maybe one… 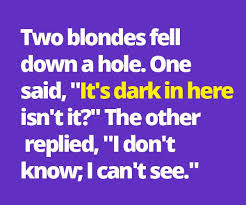 And the additional icing on my current cupcake, is my Neutropenic status from Pomalyst pummeling my immune system. Even with a lower, creative dose of 2mg alternated with 3mg, Pom just reduces my immune system to rather dysfunctional. So my Dr prescribed another round of Neupogen, Zarxio prior to starting my next Pom cycle this Friday. True story- I am quite Happy about this, as me and this “man-made form of granulocyte colony-stimulating factor (GCSF)” get along very happily. “G-CSF
is a substance produced by the body. It stimulates the growth of
neutrophils, a type of white blood cell important in the body’s fight
against infection.” I will receive Zarxio injections for the next 3 days, and hope I can move from Neutropenic status, to having some fighting “Navy Seals” within me, armed and ready to battle off incoming Cooties!!!
Are you still with me? Following this ridiculousness?
I’ll leave you with GOOD news finally!
My IGA went DOWN a bit this past month from high of 4130 in February to now, 449! Normal range is 70 – 400. So I am still Abnormal, and above the High end of normal, but wow, pretty amazing triplet cocktail currently saving my life!
My M Protein is “not detectable”, but my Protein Electrophoresis is still “Abnormal”.
I still have Good days and Lousy days, but with the new every-other-week Darzalex protocol, I am doing a bit more out and about. My main side effects are disabling fatigue and exhaustion, a bit of neuropathy in my feet and hands, headaches (ah ha! it’s the “hole in my head” lesion doing it lol), still have unpredictable lower GI issues on on both “spectrums”, blurriness, dizziness, swelling, achy skin, “chemo fog”, etc., but things are certainly better than they were Oct 2016 thru Feb 2017! I am so grateful for all the brilliant medical professionals taking care of me and my myeloma peers.

Although it’s laughable me trying to be me,
here’s a sampling of my recent adventures, “trying to be normal”
(LOL, not knowing I have a Hole in my Skull LOL!) 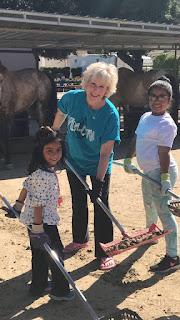 “Apple Raking” with these darling girls 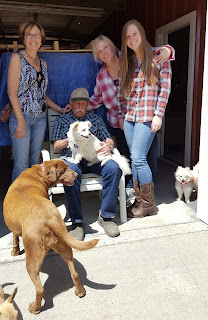 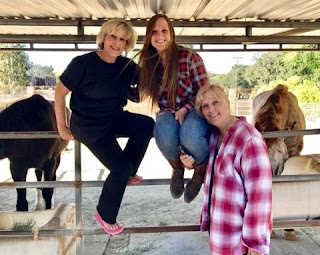 Ranch visit with these wanna be cowgirls 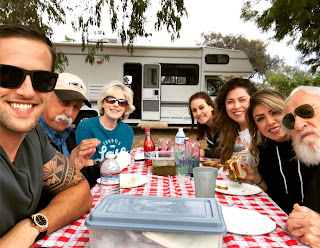 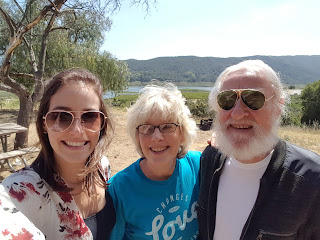 Guess who these characters are framing me? 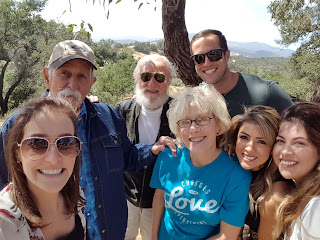 Lucky Momma here :))
Scott drove, they shopped for picnic supplies,
they prepared lunch, and I relaxed and laughed 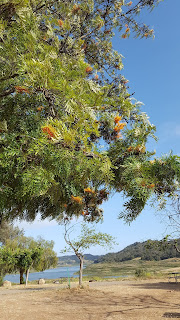 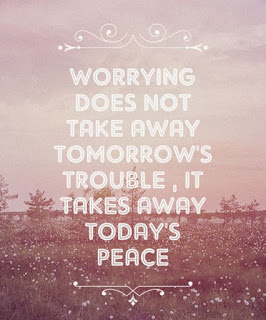 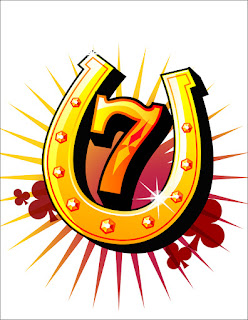 
Live happy,
live well, and make a difference somewhere, somehow, with someone or something
as often as you can