I know it has been ages. I don’t even know where the last few months have gone. We have been busy with one thing and another. We had one of Mike’s oldest friends come to stay for a couple of weeks at the end of July while he was waiting to move into his flat. We helped my middle daughter move out, so now the nest is empty, along with a small piece of my heart.

Those of you who are pals on FB will know I have been filling my time with baking and a small amount of knitting. The baking has mostly ended up in the bin as I have yet to get out of the habit of making muffins for five children when there is only two adults and one of those hasn’t got a sweet tooth. I must have put on a stone.

As for the knitting, well suddenly Myeloma UK announced on their FB page that they had run out of Buddies to sell and that they had got the pattern should anyone wish to knit some for them.

So far I have three made, with another two awaiting stuffing.

In true Lorna and Micky style, the whole process was not without the usual c*** ups. So keen was I to make a start that I ordered 10 balls of the prescribed colour and type on the usual auction site, only to find that I had ordered chunky by mistake. This resulted in the following being made by Mike:

The above photo is actually Dexy Dan II as the first DD was sent to Wanda and Dan. Wanda took him to do a skydive for Myeloma UK, you can find her just giving page here.

Wanda and Dan are a wonderful couple who had to firstly cancel their wedding as Dan was in hospital, only to rearrange it and it took place in hospital at the end of August. Dan is at home now, I think his treatment is now purely palliative. Yet Dan is still raising funds for Myeloma UK and yesterday Wanda started another Just Giving page for Dan’s Mamba for Myeloma. This is Wanda’s FB post:

There is an awful sense of deja vu about it all.
Apart from the Buddies I have started to knit a little something else. Whilst trying to find the wool for my production line I was seduced by a rainbow crystal kali. 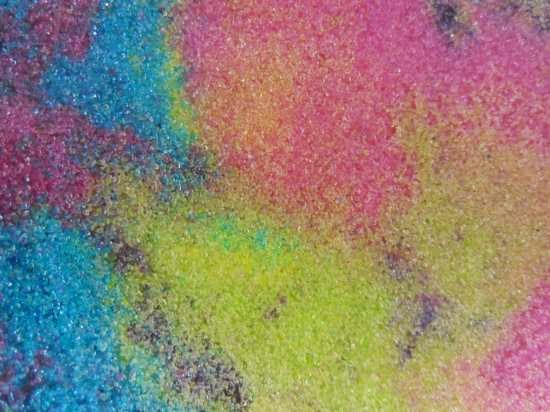 Actually it wasn’t actually kali as I never could stand the stuff, what I actually bought was this: 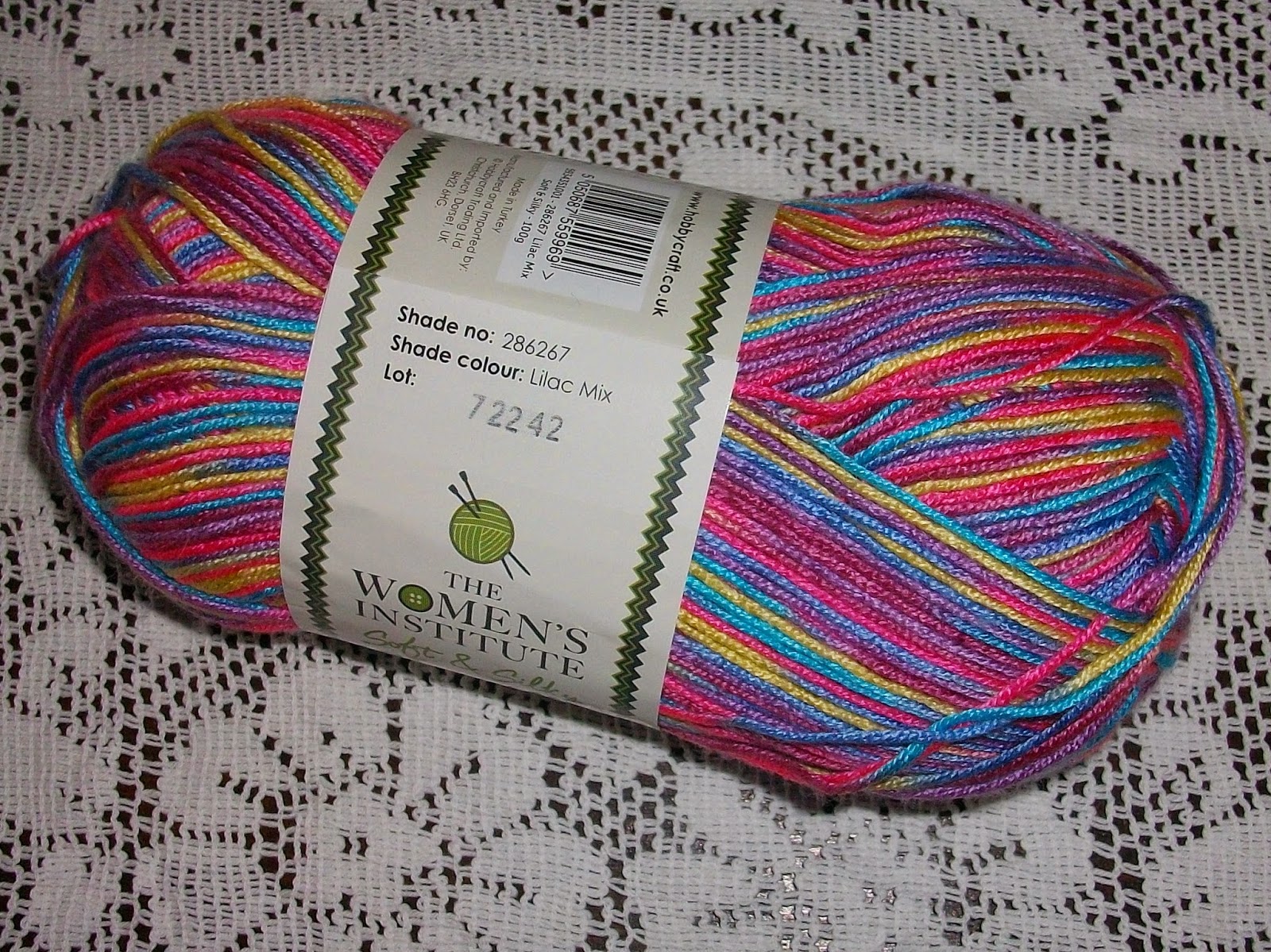 So I am knitting a kali cardi. 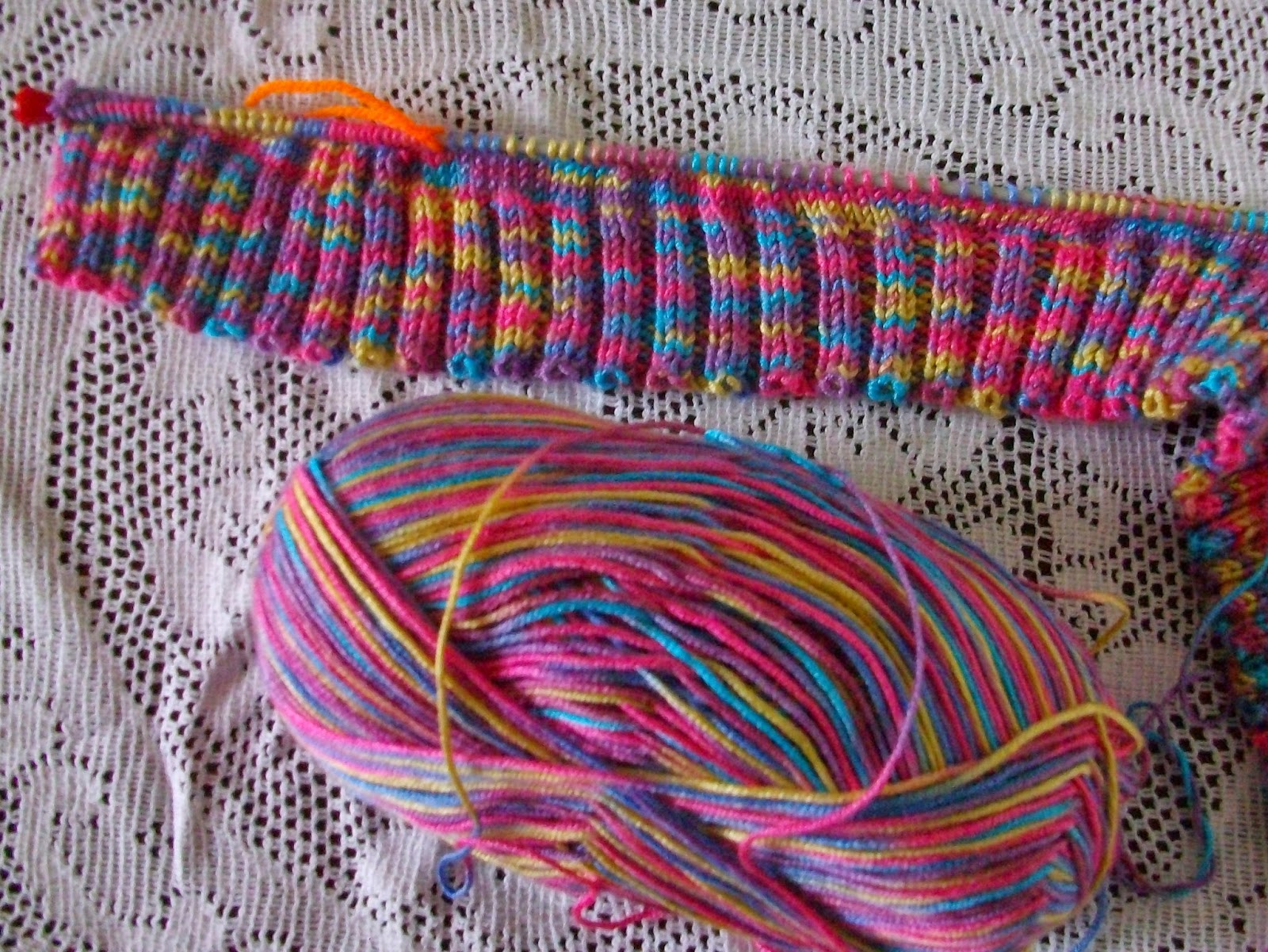 I wasn’t sure at first, but now I think it is perfect for a little girl’s Christmas present.
The final piece of nostalgia is the news that Mike’s HB has dropped from 15.2 to 13.7 in a month. There is no denying the trend now, that sort of drop is simply not normal for Mike.